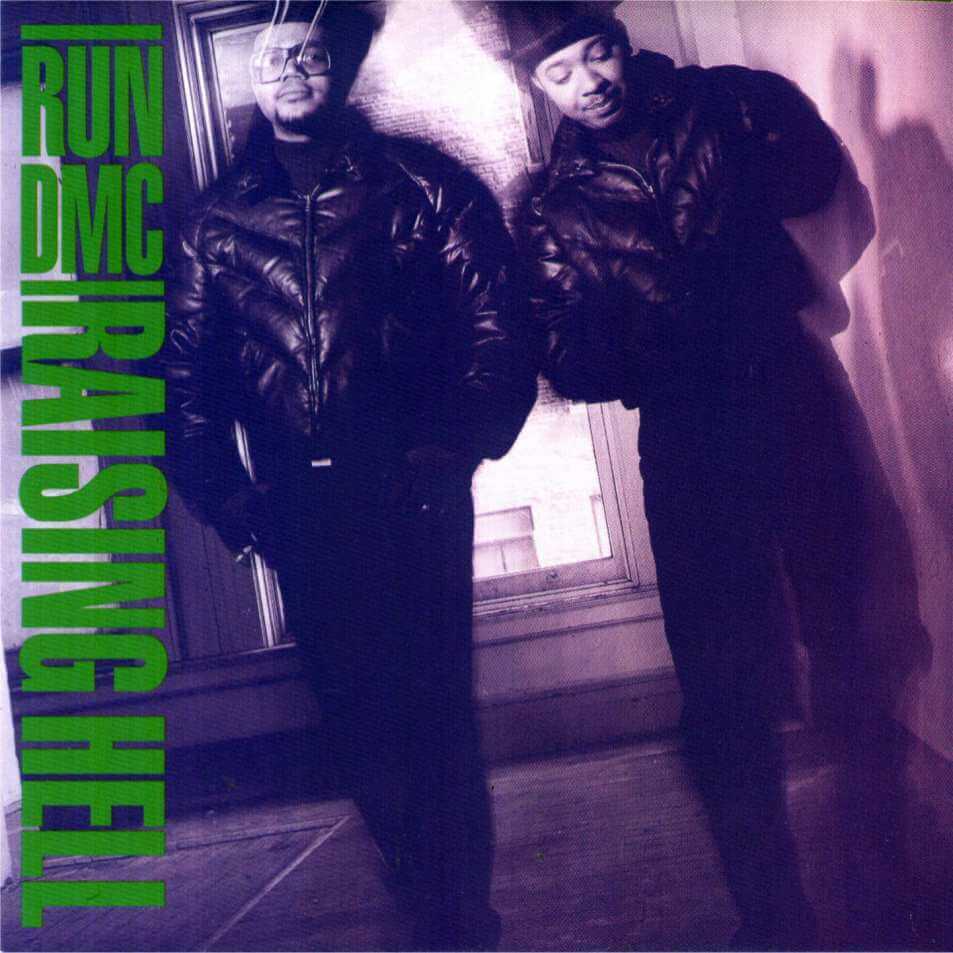 Raising Hell wasn’t the moment of inception, but it may be the maturation point.

Hip Hop existed well before Run-D.M.C. ever laced up their beloved Adidas shell tops, sequestered to New York’s five boroughs, acting as regional art form to the initiated and novelty to the uninspired. “Rapper’s Delight” managed to crack the Top 40 and Debbie Harry insipidly stammered through a few bars on “Rapture,” but these were merely ripples before a tidal wave, too nondescript to change minds or inspire imitation.

Rap needed to be defined before it could succeed. Genres need a personality to develop an audience, living and dying by their gallery of acolytes, abiding by a set of core values and reinforcing cliches. While the Hip Hop sound was too diverse to be singular, siphoning the juiciest bits of rock, funk and disco into call-and-response communal experience, the attitude was unparalleled, especially in the case of our aforementioned hell raisers. Touting epic quests for lyrical dominance, punctuated by tag-team choruses and an epicurean’s passion for fresh kicks, Run-D.M.C eschewed the status quo while they constructed a new one, taking “the beat from the street” and putting it on MTV. This exposure coupled with a persuasive, solipsistic, first-person narrative struck a chord with audiences, erecting a culture composed exclusively of its raw materials. 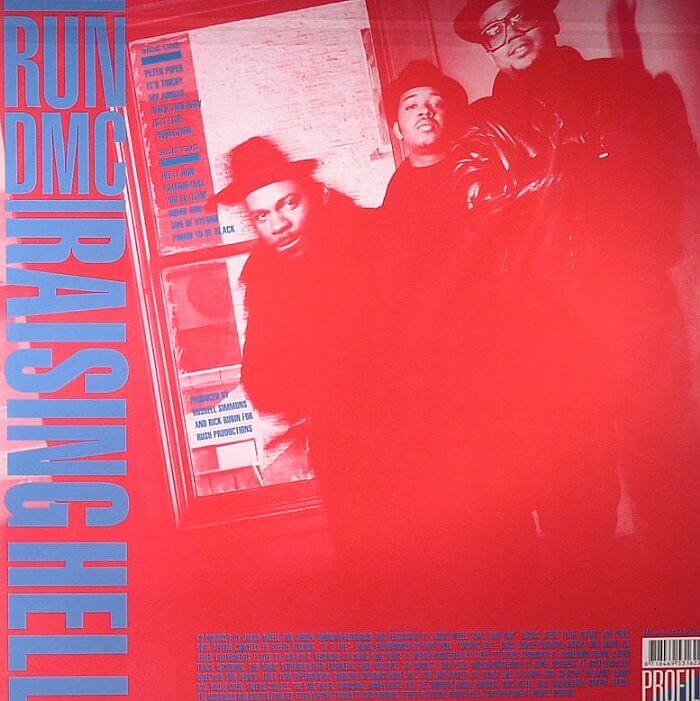 Concisely written and far from subtle, Run and D.M.C state their case without loquacious monologue or flowery exposition, favoring feverish emotion over poetic eloquence. Their candid content is carried over loud, intermittent shouting, a racket forceful enough to shake the listener by the stereocilia, yet never grating or straining for the profane. Run takes the higher register, playing the scrappy upstart, hustling to get in every word, occasionally treating his fans to a lively, saliva-spewing bout of championship-level beatboxing. D is the deep, thoughtful one, measured in his pacing, vocally more akin to a spoken-word performer and carrying that profession’s capacity for lively oration.

Thematically, everything’s as black-and-white as the diction, ladling applause on the rhymes, clothes and heritage, while leveling a hefty amount of ridicule on slobs, loose women and the ever-present copycat. While the storytelling rarely bares its fangs, favoring gentle sexism and sophomoric silliness over subtext, “Proud to Be Black” proves Run-D.M.C. can expand beyond superficial generalizations, voicing righteous anger without aggression or violent retaliation, each meritorious word accentuated by the album’s potent blend of throbbing bass and break beat.

The brusque percussion is a tidy pairing of hissy cymbal clash and propulsive bongo roll, played at accelerated rates, resulting in a lean, masculinized pulsation. Rick Rubin’s pioneering clatter is a dense wave of noise, diverted only by Jam Master Jay’s spirited scratching, which colors outside of the lines and implements much-needed chaos to the assembly line artificiality. Jay’s gruff cuts are bursts of excitable cacophony, as jarring as a crack of thunder, often marking the end of a bar or playing back up to the vocal duo’s moments of festive interplay. Gracefully slicing and dicing the guitar bits of Aerosmith’s “Walk This Way,” Jay’s physical motions border on the divine, transforming water into wine and seamlessly blending contorted turntable work with Rubin’s propensity for speed and unbridled guitar wankery.

“Peter Piper” acts as ode and example, idolizing Jay as supreme a** shaker and turntable athlete, wisely allowing his adroit handiwork to live up to the noble portrait painted by his vocal counterparts. Treating their verses as a bout of verbal jump rope, Run and Darryl Mac finish each others’ sentences like excited school kids, spouting out measured, emphatic exclamations, peppered with references to Greek mythology and British nursery rhyme. Their words are playfully chased by boisterous bass kicks and a formative treble two-step, delicately glazed by sugary sweet spoon-to-glass treble in the chorus, dancing between melodic beauty and manic episode.

It’s a dizzying amalgam of varying sounds, made ordinary only by decades of carbon copying, a crime for which Run-D.M.C. and their army of devotees share equal responsibility. Yet, is it possible to shake something so influential out of the cultural DNA? Nearly 30 years of Hip Hop innovation hasn’t bred out the cadence, bass throb or narcissism invented here, only magnifying them into self-parody or knowing satire. Maybe the genius behind Raising Hell lies in its ability to be replicated, forging an entire culture from its mannerisms and electronics.

Run DMC – Raising Hell was ranked #15 on Matt Deapo‘s Hip Hop Top 50, a ranking of 50 of the best Hip Hop albums recorded between 1978 and 2006, based on this consideration and these rules.