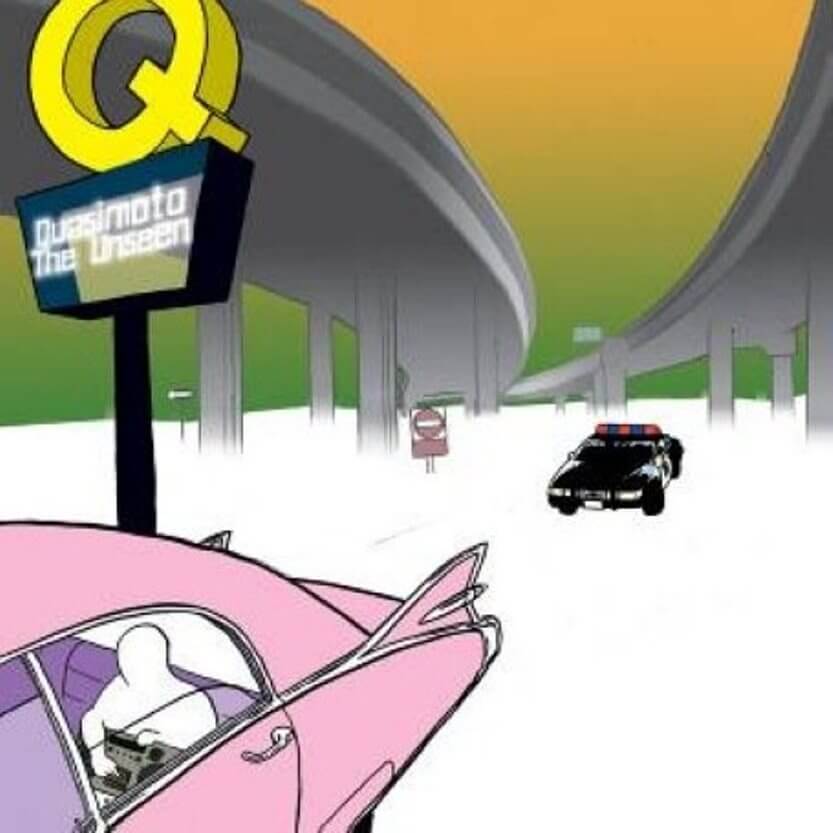 Under a plume of smoke and fogged by a head full of mushrooms, avant-garde producer, Madlib, took his passion for exhuming jazz obscurities and married it to the social consciousness and surreal wordplay of Melvin Van Peebles. The resulting tapestry of beats (The Unseen) built an army of sound from hundreds of samples, each overlapping the other to the point of frazzled disorientation. Unfortunately, the deep timbre of Madlib’s voice didn’t match the frenetic pace of his ideas or their accompanying noise. As a replacement, he sped up his most arcane rhymes to a chipmunky squeak, creating a Frankenstein’s Monster (aka Quasimoto) as vibrant and radical as his symphonic collage.

Where most rappers turn alter-ego into artifice, Madlib uses Quasimoto as a counterbalance, both sonically and lyrically. Childish wordplay about javelin tossing and the violent disposal of antagonists better suits the helium-voiced Quas, allowing the actual Madlib to step in as the responsible and thoughtful alternative. The high-pitch even adds annunciation to peculiarities like “Droppin’ s*** like some horses,” which can be seen as sophomoric or a wonderful moment of the figurative meeting the literal.

Socially pertinent topics like black-on-black crime and police corruption make appearances, but most of the content leans toward tribute, boasting many a reinterpretation of or knowing nod to past musical masters. Well over 50 jazz cats and MCs are called out by name, often coupled with a snippet of their work or muffled echo of their voice. This fandom goes beyond hero worship, stubbornly residing in a world of pure nostalgia, occupied by dusty record bins, analog sound and hydroponic marijuana.

The sound is equally as stubborn, building steam from legions of samples that fade in and out perpetually. Drum beats shuffle between thudding, low-tech drone and soft, spacey water droplets. Xylophone samples add a psychedelic ambiance, especially when juxtaposed with choppy jazz organ and hyperactive turntable gymnastics. A familiar beat or vocal sample will drop in, mid-thought, only to fade into the distance, moments before you can pinpoint the source material. 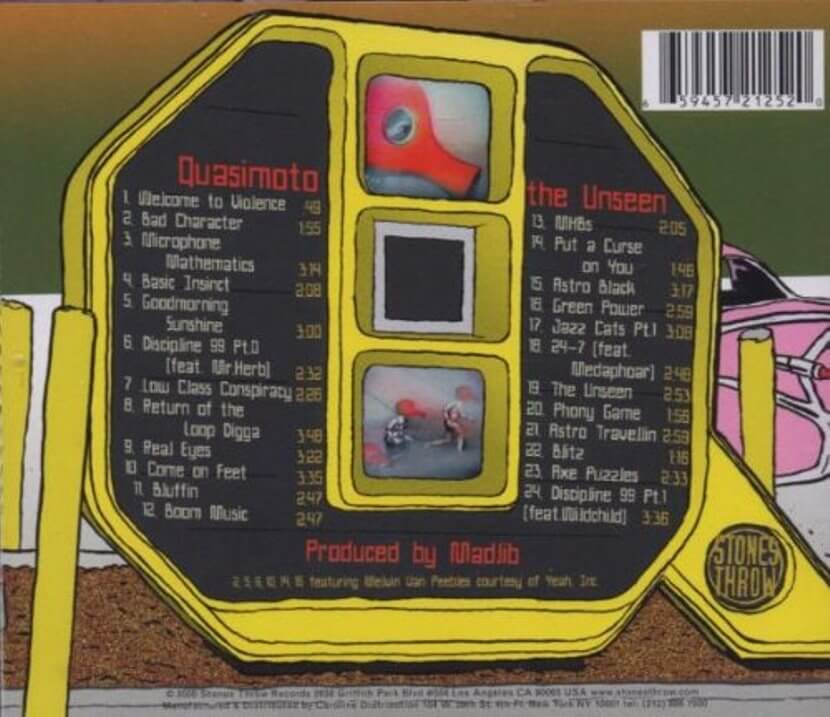 “Goodmorning Sunshine” capitalizes on this dizzy blend of wonder and befuddlement. Moving from the calming tone of Augustus Pablo’s melodica to the wavering nausea of hissing dub resonance, the track never settles on one sound, throwing in drum stutters and vocal samples to further elaborate on its lack of structure. Quasimoto and Madlib rhyme in unison, allowing their vocals to blend together and co-exist with the samples, rolling endlessly over themselves like an aural Mobius strip. It’s incredibly chaotic, particularly when coupled with the hypnagogic street poetry of Melvin Van Peebles, whose words act as guide, referencing everything from religious hypocrisy to untimely death to Swedish erotic cinema.

For all of its anarchic, purposely messy abandon, The Unseen is anything but a failure. The end result is a massive, complex quilt of influences, channeling 70s urban America and record store culture through the mindset of an oft-stoned, but undeniably brilliant, curator. Hearing Madlib rip the art from the museum walls, dissect it and implant his own ideas is an exhausting and transformative experience.

Quasimoto – The Unseen was ranked #29 on Matt Deapo‘s Hip Hop Top 50, a ranking of 50 of the best Hip Hop albums recorded between 1978 and 2006, based on this consideration and these rules.