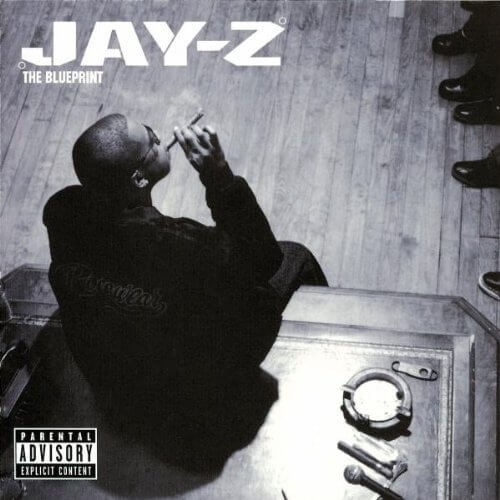 Versatility is the name of the game.

Jay-Z sounds like a seasoned vet, young battle rapper, wealthy playboy, career criminal, misunderstood genius and grateful success story over the course of 13 tracks. He’s striving to show every facet of his personality, but The Blueprint never comes off as a plea for mainstream acceptance or approval. Jay knows he’s the best, he’s just detailing his ascent to the throne.

As with any hostile takeover, there are casualties. Critics get called out for scapegoating, absentee parents get blamed for loss of innocence, Nas and Mobb Deep get their feelings hurt. Jay even takes shots at himself on “Song Cry,” eulogizing how the money got in the way of a close friendship. 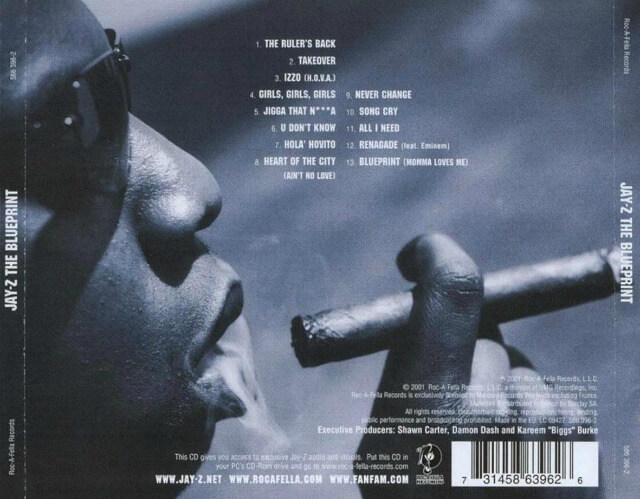 This regal mixture of suave vocal delivery and vintage urban soundscape make quite a convincing argument for Jay-Z’s 21st Century dominance. What makes the album so addictively listenable is that you’re rooting along with the champ as he wins the title belt.

Jay-Z’s “The Blueprint” was ranked #50 on Matt Deapo‘s Hip Hop Top 50, a ranking of 50 of the best Hip Hop albums recorded between 1978 and 2006, based on this consideration and these rules.