Music is said to reflect the times and also predict where society is heading. Hip Hop, introduced by Black youth as an outlet in neglected neighborhoods, emerged as the ashes from two decades of the Bronx burning were still in the air. Having these origins, it’s expected that artists would be vocal about injustices like police brutality.

As the Bronx tried to rebuild, Melle Mel penned The Message (1982), and right after LA hosted the 1984 Olympics Toddy Tee dropped The Batterram. Melle Mel and Toddy Tee, although on different coasts were speaking to over-policing and divestment that their Bronx and Compton neighborhoods were coping with. Four years before Los Angeles witnessed the 1992 Riots, NWA dropped the F*** the Police, as Public Enemy called on Black and Brown communities to proactively Fight the Power.

In 2020, people are coping with compounded stress and anxiety caused by generations of police brutality, over-policing, and limited economic opportunities in communities of color, primarily Black neighborhoods. In the wake of George Floyd’s murder, artists including J. Cole and Bun B have joined marches, while Killer Mike and Ice Cube have provided strategy on how to mobilize and activate. 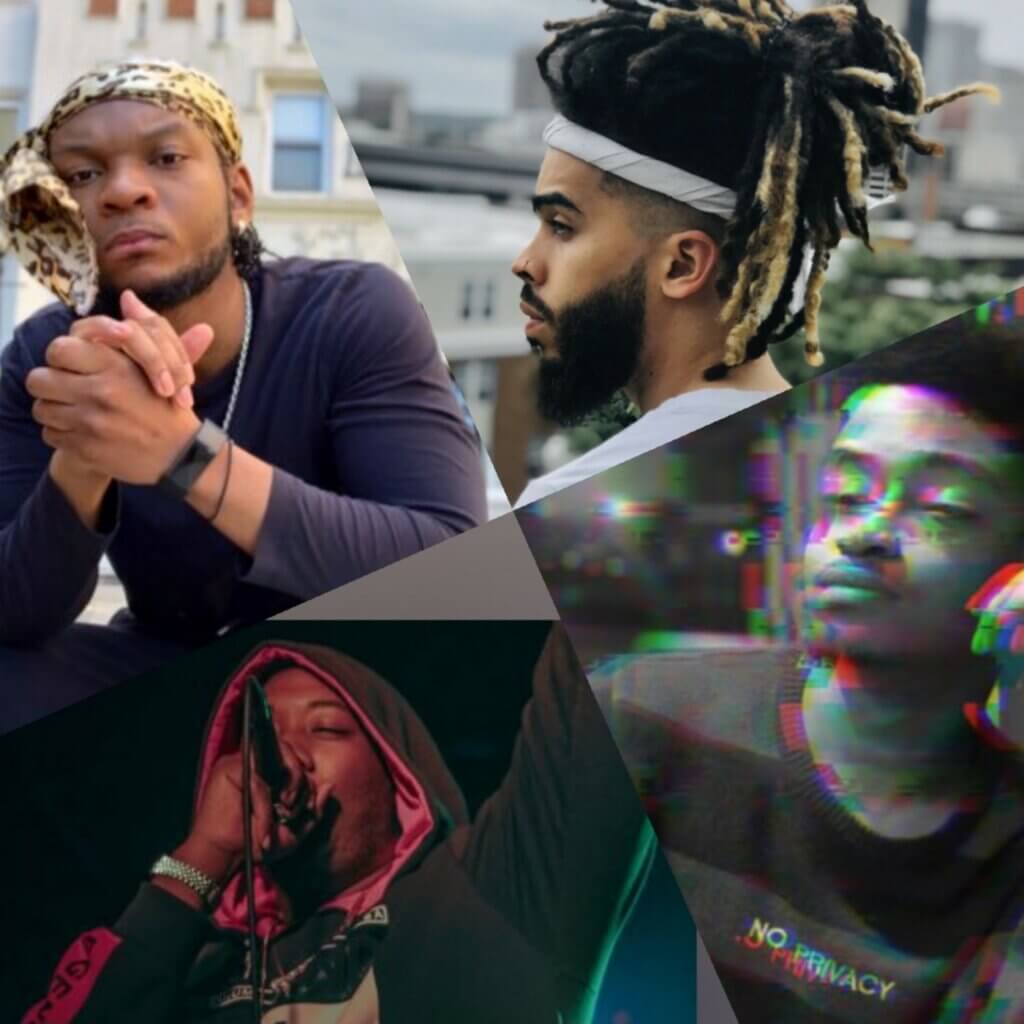 Follow me as we take a look at how four independent artists are channeling their frustration.

Jon Swaii, a Bronx artist and producer, has consistently issued call to actions about injustices, dropped Lock My Body featuring Christian Patrick the day George Floyd was killed. Swaii says that as a Hip Hop artist, he’s the voice of the oppressed and making the record was necessary. In addition, he previewed No Hashtags featuring Samad Savage.

On the song, he spits

Lose my life before my pride

Look me in my eyes if a problem arise,

See me climb til I find different

Listen to Lock My Body here

BlaccK GMS, is an MC from Minneapolis, the city where George Floyd was killed and understandably brings a noticeable anger on his track, We Outside. The hook is an upbeat chant where he mentions the victims of police brutality including Eric Garner, Tamir Rice, and Breonna Taylor. GMS candidly stated that he dropped the track because he couldn’t sleep and soul was hurting after seeing his city and his people in such pain.

He described Minneapolis as a city that’s hurt but has the energy needed to jump-start a new revolution. GMS also shared that the Minneapolis PD brutality continues at peaceful protests. He said they are breaking up peaceful protests with violence and aggression towards calm crowds, including medical volunteers.

On We Outside he spits

This is our house, we ain’t moving

Not even the Army can stop this movement

Pick a side, start choosing, this ain’t a time to be Clueless

No Stacey Dash, this is Huey Newton.

Listen to We Outside

Nick Enaigbe, grew up experiencing institutional discrimination and said it didn’t feel right to not use his platform to respond to the current matters. The Bronx native explained that because Hip Hop is inherently a political genre and a majority of artists being Black, that it’s critical to discuss police brutality. Nick also called on every other Black man who creates music to use their platform to respond to racial injustices. His recently dropped snippet, Play Dead,

Do we gotta play dead to stay alive?

Is that the vibe, even when we comply

We see our demise, to no surprise

We cannot describe, the pain we hide

When see our brothers die.

Black Shaman (BLKSHMN) sees responding to and discussing Black issues as a key part of his job as a rapper. The Houston rapper admits that he initially recorded KNEE ON MY NECK because he wanted to feel like he was doing something. As a rapper, he’s burdened and blessed to create music for people who are not familiar with racial issues. The final version of the track includes bits of an interview with Black Panther leader, Angela Davis.

Taking a more chill and calm approach BLKSHMN repeats, “Knee on my neck and I’m slipping away, I hope God hears my cry because the world is slipping away”. It slowly fades out and presumably the person who had the knee on their neck passes.

Listen to KNEE ON MY NECK

The police brutality and racial injustices that we are trying to solve are deeply rooted, systemic issues. Since its inception, Hip Hop has provided insight and served as a primary source for people living within the flawed judicial, education, and political systems. The artists are doing their part by telling their stories about race relations and offering potential solutions, but these ideas continue to fall on deaf ears.

Frustration, solutions, agony, resiliency are ingrained in the music and ready to be consumed. Hopefully, it doesn’t take another generation of police brutality, limited economic opportunities, and inadequately funded and staffed schools for policymakers will need to listen to Hip Hop to solve issues rooted in racial injustices.