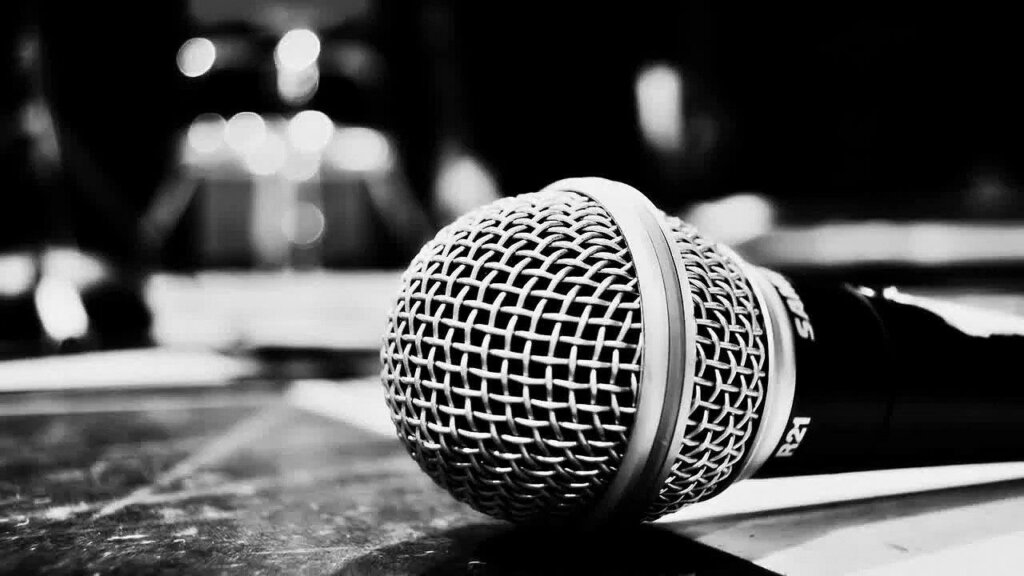 If you are a regular reader, you may have noticed my penchant for paralleling Hip Hop with basketball. Whether it was comparing Hip Hop artists with NBA Legends in the Was the B-side Better? essay featuring Big Daddy Kane or the four-part Hip Hop Three-Peat series which was inspired by Michael Jordan’s “The Last Dance” documentary. For me, being a fan of basketball and Hip Hop go hand-in-hand.

Visit any barbershop or playground and you may overhear, “Yeah, (basketball star) is cool, but they couldn’t beat (playground legend).” For the old heads, maybe they debated whether Tiny Archibald could best Pee-Wee Kirkland. For my generation, there is the legend of whether Allen Iverson went head-to-head with Stephon Marbury (I don’t know if it is true, but I would have loved to have seen it). For others, it may have been when Kobe Bryant competed at Rucker Park. This essay is a Hip Hop parallel that expands on the Hip Hop Hook Singer Championship and features a head-to-head with the champ, the late Nate Dogg, vs. the underground legend, Devin the Dude.

Wait? You don’t know Devin the Dude? All this time you thought the late Johny P was Rap-A-Lot’s resident crooner? Nah bruh, while we don’t have time to do a deep dive into Devin’s body of work, just know he more than stacks up against Nate Dogg. Also, let me be honest, Devin flies below the national radar which inspires the basketball star vs. playground legend analogy. However, less notoriety does not make him a less formidable match-up.

By 2001, Nate Dogg was possibly at the peak of his popularity. If you needed a hit? Add Nate Dogg and boom! You would have constant airplay. This collaboration with Ludacris was a mega-hit and the video is a smorgasbord of eye candy. Plus, the single was featured on The Rush Hour 2 soundtrack which exposed it to a national audience. Luda’s animated flow and ‘what-he-say’ wittiness is perfectly complemented by Nate Dogg’s laid-back crooning. Moreover, Nate Dogg is the type of singer that inspires non-singers to believe they can sing along. He had folks everywhere singing:

Reading that is nowhere near as catchy as Nate singing it, unless you read it with tonal switch-up Nate employed. Yet, I want to keep in mind the catchiness of Nate’s singing and ask if you could consider it as catchy as Devin.

I will not hate on you if you never heard of The Odd Squad. As a native Detroiter, who purchased music from mom & pop record stores like Damon’s, Chauncey’s, or Professionals, I was exposed to independent rap labels in a way that people who shopped at Sam Goody would not have been exposed in the early ‘90s. Before No Limit Records blew the lid off of independent rap label popularity, Rap-A-Lot was the crown jewel of independent Hip Hop labels. Do know that independents like Rap-A-Lot, Suave House, and Sick-Wid-It are very different from Death Row or Bad Boy, who were backed by larger corporations. Rap-A-Lot is based out of Houston, helmed by the legendary J. Prince, and often featured regional artists – the most popular being The Geto Boys. Nevertheless, Rap-A-Lot’s artists had cache’ with me and my friends (shoutout to Mike, Jay, & John) which explains our awareness of and interest in The Odd Squad.

An interest that was multiplied by videos featured on The Box. As fate would have it, I was watching The Box and The Odd Squad’s “Fa Sho’” video came on while my dad was present. When he heard Devin sing (the edited version was played with the video but my dad could fill in the edits):

He burst out laughing while saying, “Them boys telling the truth!” They were, particularly Devin. The chorus for “Fa Sho’” is a life lesson made more memorable by Devin’s melodic delivery.

So does the fantasy of having sex partners in a variety of area codes exceed the value of knowing that by trying to get more, you may lose what you have? The answer to that question is a personal one for you. As far as this match-up, a national hit vs. an underground classic, a fantasy vs. the truth, Nate Dogg and Luda vs the down-home simplicity of the Odd Squad, hook vs. hook, sing-along ability times two – it’s a draw. Let’s do another match-up because some think popularity means better, which we know isn’t always the case.

The Next Episode vs. F** Faces

Let’s try two posse cuts released around the same time. Indeed, fans had been ‘feenin’ for years awaiting Dr. Dre’s follow-up to “The Chronic.” Released on Dre’s Aftermath label, one of 2001’s biggest hits was “The Next Episode” featuring Nate Dogg, Kurupt, and Snoop Dogg.

We gonna rock it ’til the wheels fall off

Hope you ready for the next episode

Let’s just say I may or may not have been a club listing to this song at a high volume and numerous people shouting “Hold up, HEEYYY!” then mumbling the rest. It (the song) was quite an experience and captured all the feel-goods we had about “The Chronic.” It’s even debatable if 2001 were the better album of the two (not historically, but musically).

That album was so good, it also featured a certain underground legend, Devin the Dude, on a track. But in this competition we’re going to swing it over to Scarface’s double album, “My Homies,” and a particularly syrupy track titled “F**k Faces” (PG version – “Sex Faces”). Some hadn’t heard Scarface kick the player rhymes, but we knew how Too Short would represent and a couple of us even knew what was up with Tela (whose “Sho’ Nuff” has its own unique set of fans); however, on a track with these MCs, Devin seals the deal and steals the show with the hook:

You must be used to all the finer things

Infatuated by what money brings

It seems to me you h**s will never change

So all that’s left is for us to exchange

People may think they can sing along with Nate Dogg, but Devin’s drawl will have people trying to slur their vocals. With this track, Devin’s singing on the clean version standout but on the album version, Devin spits some Dolemite level bars. Yep, his sound is distinctive. Sprinkle in his versatility and humor, and we have something pretty unique.

Back to our metaphorical Rucker Park playground match-up of Hip Hop Hook Singers and the acknowledgment that Nate Dogg comes with a level of celebrity. But on a half-court, behind the chain-link fences, exchanging hook for hook, note for note, we are left to accept from this colossal, unprecedented, pairing – Nate Dogg is the man for the music charts but the connoisseurs of Hip Hop outside of the mainstream know that if you want a hook sung with witty soul, Devin the Dude is your man.

Was The B Side Better? - I’ll Take You There vs. Wrath Of Kane