“Freedom Form Flowing” is a dope track from Blackalicious emcee Gift Of Gab’s 2017 EP Rejoice! Rappers are Rapping Again!. All three emcees on this track kill it, Gift Of Gab is another one of those underappreciated rappers who is better than 99% of the rappers out today and young talent A-F-R-O easily holds his own between veterans Gift Of Gab and R.A. The Rugged Man with a killer verse. “Freedom Form Flowing” is a display of lyricism and wordplay at its finest.

[Verse 1: Gift of Gab]
Enter my imminent energy element, I am an entity walking
Ahead of the pack. I really am out of my head and it’s evident that I will never
Be able to ever quit. Melanin fellow with helluva relevance, what isn’t elegant
Metaphors ready to set it off, dead on your pettier levels, I’m ready and able to
Murder and tear emcees all into pieces and murking embarrassees, honoring easily
Crumbs, chill, it easily comes like breathing from deep in the seat of your lungs
I creep to the beat of a drum that’s unique to me as I keep it a hundred
Leaping through regions and leading the dumb and feeble emcees sinking deep in the mud (the mud)
While some of them keeping it thug like there is a leak in their mug, we better start
Reaching above, we headed for economic decay, what you thinking of bro?
I’m creeping beneath it and dug the surface will purpose I’m healing delinquents of what
Emceeing should be, it’s no interest of me if their mission is weak and they’re keeping it dumb
Keep sleeping, I’m tweaking the frequency of emceeing and being a piece of the puzzle
Rhythm we seeking the freedom and what it means to be free and be equal as one
The nation is bobbing and weaving, afraid of the awful and evil. Don’t make it their power to
Lead you away from the power proceeding creation, see all of the leaders to take us
Up out of the season. I hang with the laws of receiving and giving and living if y’all are
Believing and evident knowledge is breathing, inhale and out and topple the greedy

[Verse 2: A-F-R-O]
The path of the righteous person, laughing and tired of hurtin’
I’m askin’ a frantic emphatic combatative idiot when is it past the millennium
Ash arise in the surface
Snatchin’ your wifey’s purses
I’m a little brother like Rakim
When I gotta rhyme on the stage for a good amount of time
I’m grabbing the mic in an urgent
Smashin’ a dime for certain, splash in the ice with bourbon,
Fro gon’ spit so crazy
Hoes wanna give Fro a baby
Crash when you drive and you burning
I rap, you rewind it, the speakers ain’t working,
I’m clappin’ a nine at your Jeep and you swervin’
I’m black with the eyes of a serpent, back with a nine for purchase, Immaculate rhymes and the heat is conversin’
Antagonist mind, I am evil you worship
Here with a vengeance, your fear appears in a mere sentence, he the apprentice
Fro on the track with Gab and R combined with the beat that we murkin’
Drama unraveled, Fro commence
Llama in the shadows, no defense
Calm in a battle, most intense
Honey dips and them silly broads they got to do me, I throw d***
But them money clips and them milly cars is not usually Fro s***
The ether writer, the frequent feeder, feeble freedom fighter with dope steez
The heat and fire, the reason he beast cause he admire the OGs

[Verse 3: R.A. The Rugged Man]
Yo, Kubrick ride with us, rivals fighting five of us
Bitches slide with us, my d*** is harder than elephant ivory tusk
Baphomet bison bite the dust, slime and crust, life of lust
Tyson biting, knife slicing guts sniffing cyber dust
Filling their mind with the hatred and jealousy, Fro and the Rugged like Mayweather – Ellerbe
Rakim and Eric B, check out my melody, duckin’ a felony, nothing they tellin’ me
Never forget ’em, I send ’em to heaven, I went independent, position I been in
Again and again and I’m ruling the throne, it’ll never be ending the message and lesson
I’m sending is killing civilians in Yemen. The bigger the spending the people pretending
The freedom of speech, is it hateful, offending? The weapon possession, the second amendment
It’s me, I’m back bitches, Gift of Gab, Blackalicious
You could watch that Harry Potter Radcliffe rap his s***
Like when I gotta drop and it’s hip-hop and it don’t stop with the whole block and the hoes hot
Do the windmill, do the wop, do the robot, flow hot, never go pop, no shot, soul sock
Diggin’ the d*** in a nun, hun could blow c*** at the church pope Benedict flopped
The white flame Night Train name James Brown but the bitches be riding my d*** like greyhound
I ain’t playin’ with no gimmick when they faking every minute and I take it to the limit and they aching when I’m in it
When I’m making an exhibit, is it entertaining, is it? Hate, president, race, bigot
Slow deadbeat James van Bebber reign forever
Act like a d*** I’ll beat a pussy till he change gender, switchin’
Launchin’ the rocket and leakin’ their brain on the ceiling revealing opinion is sinnin’
The fish in the sea and the birds in the heavens, we living and given dominion and in the
Beginning the women I’ve been in, the devil is grinning, the end of the inning, the evil and
Tricking the murder, religion, the media spinning this pain that I’m bringing, I’m out 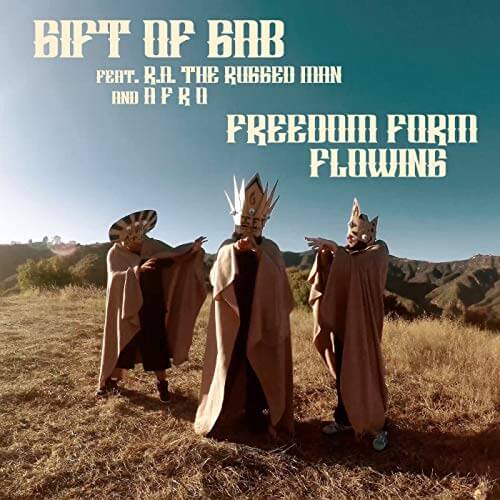