“Keep Risin’ To The Top” is a song by Doug E Fresh, from The World’s Greatest Entertainer, the second album released by Doug E. Fresh.

The World’s Greatest Entertainer was released in 1988 on Reality Records, a short-lived subsidiary of Fantasy Records, and was produced by Doug E. Fresh, Eric “Vietnam” Sadler, Ollie Cotton and Carl Ryder. The album gained a fair amount of success, peaking at #88 on the Billboard 200 and #7 on the Top R&B/Hip-Hop Albums, and featured the single “Keep Risin’ to the Top,” which peaked at #4 on the Hot R&B/Hip-Hop Singles & Tracks. 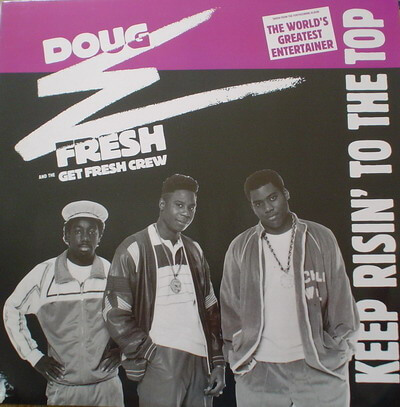