Stunts, Blunts & Hip Hop was released on September 22, 1992. The album features some of the earliest appearances from Diamond’s later D.I.T.C. partners Big L and Fat Joe, as well as his crew the Psychotic Neurotics. Although Diamond D handles the majority of the album’s production, other popular beat makers such as Large Professor, Q-Tip, Jazzy Jay, Showbiz and The 45 King co-produce on several tracks.

The album features the singles “Best Kept Secret” and “Sally Got a One-Track Mind.” The album was not released on vinyl; however, there were promotional copies pressed with full artwork which were highly sought-after. The vinyl edition was eventually made available as a reissue years later. The original promo version has a sticker on it; the reissue had this sticker scanned into the artwork. 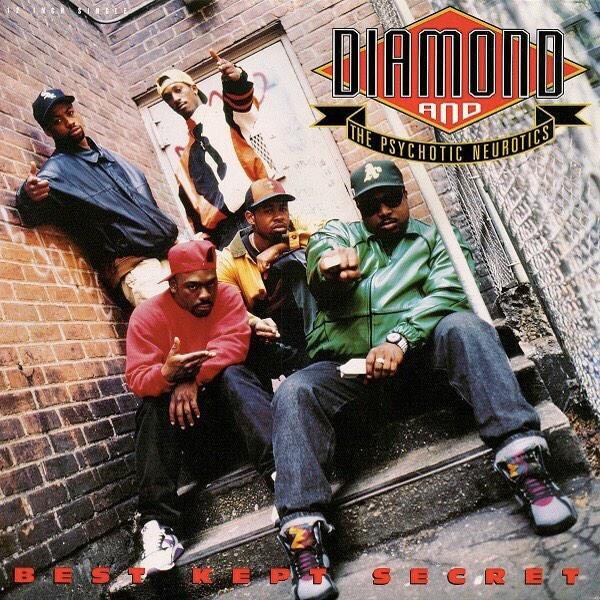