“Ever So Clear” is a 1992 song from Geto Boys’ rapper Bushwick Bill, from his debut solo album Little Big Man.

“Ever So Clear” is about an incident that happened in the summer of 1991, when Bushwick Bill was shot by his girlfriend during an argument, losing an eye; he refers to this incident and his intoxication on Everclear grain alcohol in the lyrics of the song. He was also high on PCP. He was pronounced dead but due to the phencyclidine he was able to be revived and he lived. The aftermath of this incident is depicted on the album cover of Geto Boys’ album We Can’t Be Stopped, which shows Bushwick Bill being pushed through the hospital on a gurney the night he was shot. He pulls down the medical patch from his eye to show the wound. 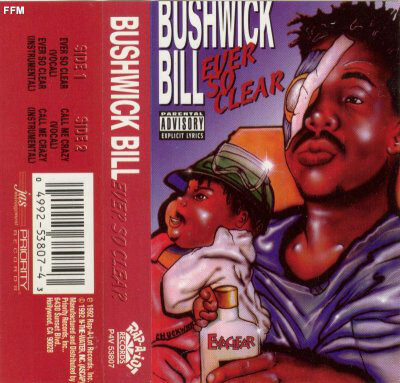