It features guest rapping from Common and guitar playing by DeChown Jenkins. It also features a Hi-Tek produced beat that samples “The Fox” by Don Randi. In addition, the song’s introduction samples a monologue from the Hip Hop documentary Style Wars.

The lyrics of the album version of “Respiration” are a melancholy ode to city life. Whereas cities are often derided as inorganic, the song makes many references to features of organic life such as breathing, eating, and sleeping. However, most of these speak to a dark reality of life in the city.

Mos Def compares the New York City to an apple, but not necessarily the benign “Big Apple” of myth: “the shiny apple is bruised but sweet / and if you choose to eat/you could lose your teeth.”

Talib Kweli talks about “breathing in deep city breaths / sitting on shitty steps/we stooped to new lows, hell froze / the night the city slept.” In another line, Kweli gives life and flight to the aspirations of city dwellers, most of which go unrealized: “you look up in the sky for God / and what you see besides the smog / are broken dreams flying away on the wings of the obscene.”

In his verse, Common, who talks about Chicago, not New York City, remarks on how the city can represent the only environment many individuals will ever know: “I asked my man how he thought traveling the world sounds / found it hard to imagine, he hadn’t ever been past downtown.”

Two remixes were made for “Respiration”: ‘Flying High Mix’ contains production by Pete Rock and a verse by Black Thought of The Roots. Another remix found on the Hip Hop Classics Vol. 1 compilation album also features Pete Rock production, but has a guest verse by Common instead of Black Thought. (Wikipedia) 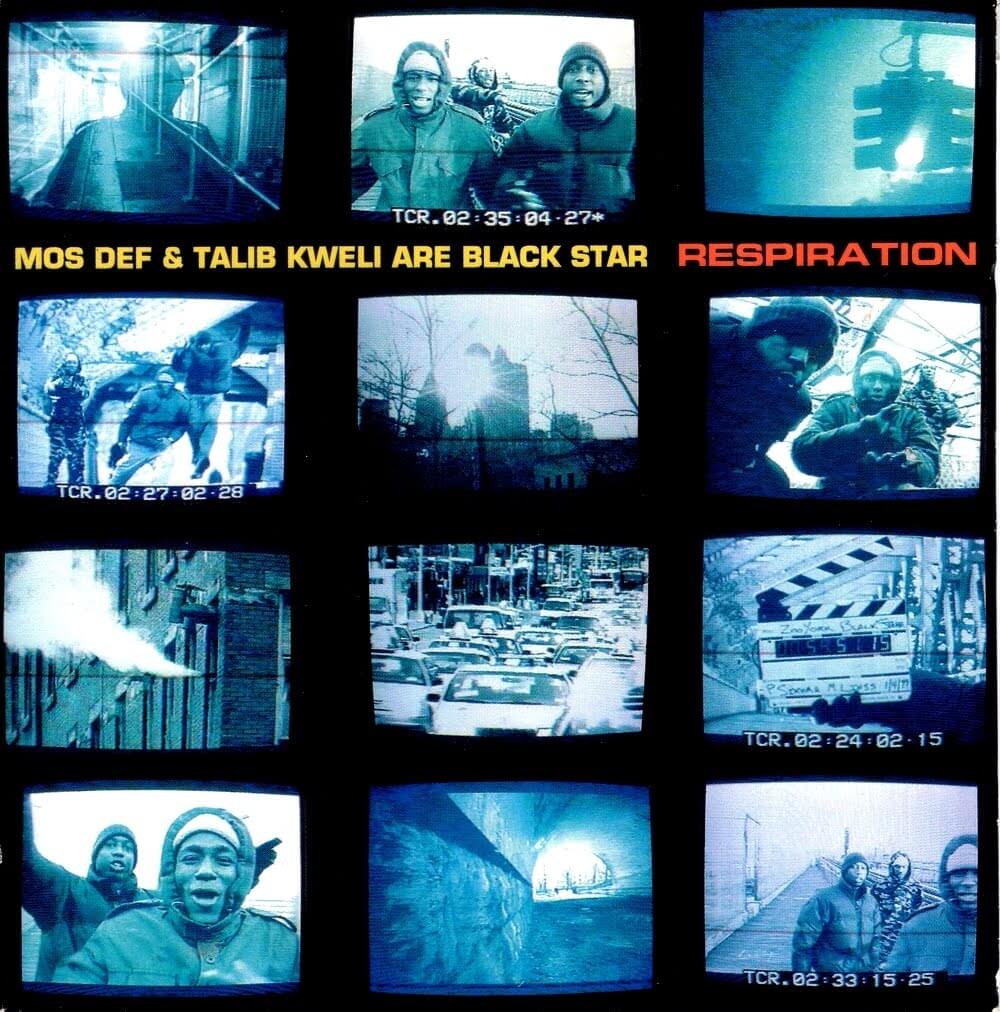