“No Sleep Till Brooklyn” is a song by the Beastie Boys, and the sixth single from their debut studio album Licensed to Ill.

Among other references to then-popular metal, the title is a play on the Motörhead album No Sleep ’til Hammersmith.

Kerry King, guitarist for Slayer, played the guitar riffs and solo; he had also released an album produced by Rick Rubin in 1986 (Reign in Blood). In a different tuning, the song interprets “T.N.T.” by AC/DC. More metal commentary and adaptation is added by the video, directed by Ric Menello, as a parody of glam metal.

Later in their career, the Beastie Boys continued to perform the song live, although with altered lyrics to reflect their more mature attitude towards women. “M.C.A.’s in the back because he’s skeezin’ with a whore,” was changed to “M.C.A.’s in the back with the mahjong board”, and “Autographed pictures and classy hoes” was changed to “Autographed pictures to nobody knows.”

The song features one of many homages to New York City’s boroughs, and has been described as “joyful ranting.” (Wikipedia) 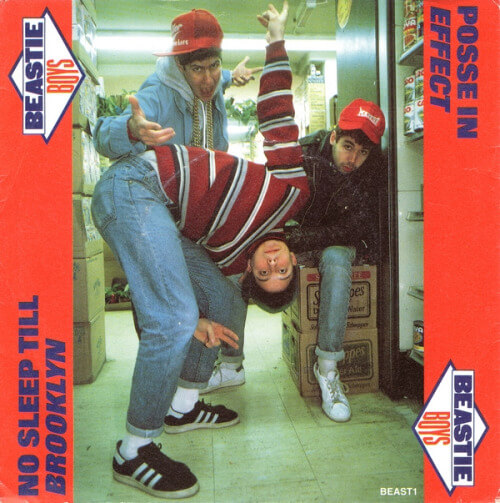