Stone is a hip-hop enthusiast residing in NJ/PA. As an aspiring hip-hop producer, Stone studies communications and shares his passion for music by letting the world in on the wonderful world of hip-hop.

Stone is co-founder of The Hip Hop Speakeasy - The hub for aspiring hip-hop artists and hip-hop commentary.

Fast-forward a few years and The Hip Hop Speakeasy transitioned from a personal blog to a full-on music blog, featuring interviews, editorials, and album reviews. Content was being published daily, mostly music submitted by artists.

In 2014, things began to slow down as many of The Hip Hop Speakeasy writers started new jobs or had other life-altering changes occur. Content was being published as regularly and the quality of content never improved.

Instead of sharing underground music all the time, The Hip Hop Speakeasy would be a guide, a resource for hip-hop artists, producers, engineers, labels, managers and the like to get the tools, tips, tricks and knowledge they need to begin their career in the hip-hop industry.

The Hip Hop Speakeasy re-launched in early 2017 with a new goal in mind: help those interested in entering the hip-hop music industry gain insight to get started. 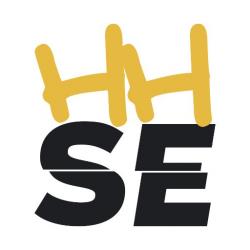 (Republished from hiphopspeakeasy.com)  Every once in a while, we let greatness slip through the cracks. In the ever-saturated market that is the modern-day Hip Hop music industry, it’s easy to pass over or forget projects that released in recent years, even in recent months and weeks. For me, the album that nobody gives enough credit […]