In addition, she’s VP & Asst. Editor-in-Chief of The Heat Magazine, a well-known digital urban publication. She is heavily involved with the entertainment industry, including roles as Media Advisor for the New Orleans Union for Entertainment (NOUE) & Member of the NOLA Music Awards and Press Club of New Orleans. Her work is published across the web and has been nominated for several awards, including a NOLA Music Award and SEA Award (for top digital publication).

Her main work is with her clients (many of whom have been nominated for awards in various aspects of the entertainment industry) to make sure they reach stardom. She is also working on her first novel & plans to turn it into a film. She volunteers to further causes involving animal welfare & at-risk youth. She can be reached at MIKODreamzPR@gmail.com. 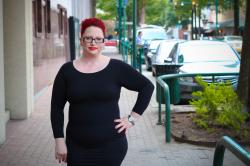 “Iron Bars” is the creation of four of the dopest emcees to ever touch a mic. The production is pure, unadulterated Hip Hop laced with solid lyrics and a Kool G Rap hook that rivals any verse in rap history. Papoose, Uniqme and Canibus show off their true lyrical skills, with clever wordplay and a […]