“My mood swings have now turned my dreams into gruesome scenes - now I’m doing things I don’t normally do when illusion seems - to be the only pleasures I can gain...”

Marcus Jamal Hopson (born July 18, 1985), better known by his stage name Hopsin, is an American rapper, record producer, director and actor from Los Angeles, California. In 2007, he was signed to Ruthless Records, and has since founded his own record label, Funk Volume, in 2009. Hopsin has released four studio albums, Gazing at the Moonlight through Ruthless Records, Raw, Knock Madness and Pound Syndrome along with the collaborative project Haywire (with SwizZz) through Funk Volume. He is well known for his use of white colored eye contacts in music videos, performances, and interviews. 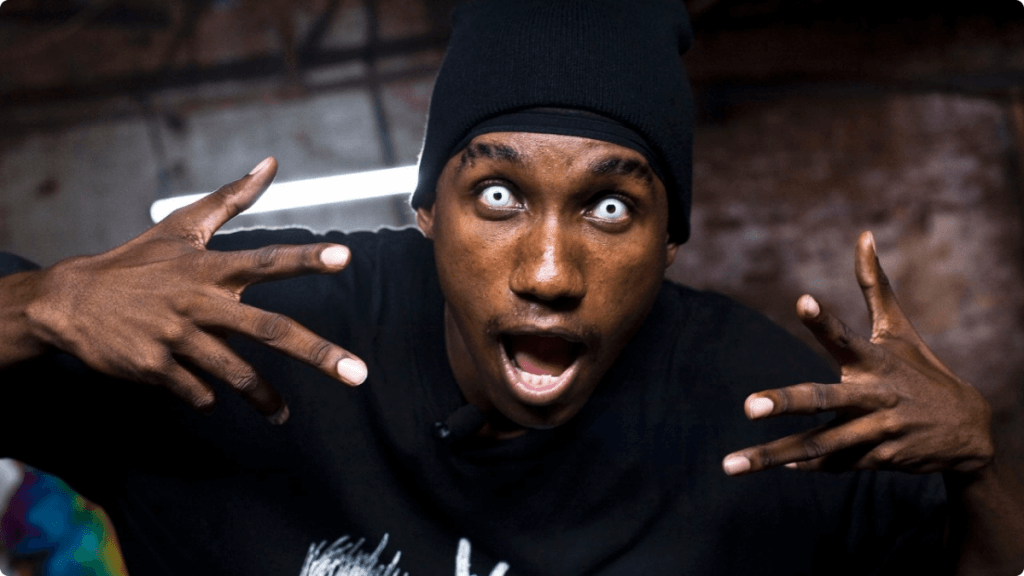 Marcus Hopson was born on July 18, 1985 in Los Angeles, and was raised in the Panorama City neighborhood of Los Angeles. He attended James Monroe High School, where he was placed into special educational classes. Hopsin has been an avid skateboarder since the age of twelve, as many of his music videos feature him skateboarding. He started rapping at sixteen years old, and took his hobby more seriously by 2003 which is the year the majority of the tracks from Hopsin’s self-produced album Emurge were recorded. He dropped out of high school during his senior year in 2004 to pursue a career in music, purchased a microphone, and installed FL Studio (known as FruityLoops at the time) on his computer. While starting his music career, Hopsin decided to sport colored eye contacts while performing in his music videos. He stated that he used the contacts to give himself a memorable appearance and differentiate himself from other African American rappers with the cliché appearance. He credits Eminem as the rapper that initially got him interested into Hip Hop music.

Hopsin began recording his debut project “Emurge” in 2002 and was eventually released locally in 2003, copies of the project are very sparse and hard to find, a bootleg version appeared online in 2008 and had many extra songs on it, however to this day the album has never been release officially. Hopsin had initially signed with Ruthless Records in 2007 and even began recording his debut album as early as 2004, he was originally hailed as one of driving forces behind attempting to bring Ruthless Records back to previous glory. Hopsin’s debut single “Pans In the Kitchen” was released on May 27, 2008. The album was set to be self-produced by Hopsin and feature no collaborations with other artists. However his debut album, Gazing at the Moonlight was not released until October 27, 2009, with little to no promotion. Shortly after the album’s release, Hopsin sought his release from Ruthless Records due to lack of financial compensation, artist support, and promotion. Shortly before the departure from Ruthless Records, Hopsin founded his own independent label, Funk Volume, with Damien Ritter. SwizZz, Damien Ritter’s younger brother and a former classmate of Hopsin at Monroe High, was the first artist to be signed to Funk Volume. Shortly after launching Funk Volume, both Hopsin and SwizZz released a collaborative mixtape titled Haywire in June 2009 to promote the label. Funk Volume originally wanted to sell it for retail sale, but were unable to due to Hopsin still being contracted by Ruthless Records at the time. On mixtape website DatPiff, it has been certified Gold for being downloaded over 100,000 times and it later made available for purchase for digital download via iTunes and Amazon.com.

Hopsin released “Nocturnal Rainbows” as the first single off of his upcoming second album Raw on August 1, 2010. On October 8, 2010, Hopsin released a music video for the song “Sag My Pants”, the second single off Raw on YouTube. The video became a YouTube success and currently has over 37 million views.  In the song Hopsin pokes fun and disses other rappers such as Lil Wayne, Drake, Soulja Boy, Lupe Fiasco, Rick Ross and Tomica Wright, the owner of Ruthless Records. Hopsin’s second album, Raw, was released on November 19, 2010. In March 2011, Hopsin went a two-month nationwide tour to promote Raw with the I Am RAW tour.

In July 2011, Hopsin released the fourth installment of his “Ill Mind of Hopsin” video series which later received over 21 million views on YouTube. In it he disses Tyler, the Creator of the Los Angeles Hip Hop collective, Odd Future. In January 2012, Hopsin landed a spot on MTV2’s “Sucker Free Sunday” by appearing in Tech N9ne’s music video for “Am I A Psycho?”. In July 2012, Hopsin released the fifth installment of his “Ill Mind of Hopsin” video series which hit YouTube with huge success. It had received over 1 million views in less than 24 hours and currently has over 50 million views.  In “Ill Mind of Hopsin 5” Hopsin expresses his frustration with jaded youth and disenchantment towards other rappers who are unrelatable. It had also charted at number 17 on Billboard’s Hot R&B/Hip Hop Digital songs chart. In October 2012, Hopsin made an appearance on a BET Cypher during the 2012 BET Hip Hop Awards alongside Schoolboy Q, Mac Miller and Mystikal.

Hopsin’s album, Knock Madness was released on 26 November 2013 to fairly good success in US Rap Charts. Featured guests for the album include Dizzy Wright, SwizZz, Jarren Benton, and Tech N9ne. He has said the album has more of a positive message and said it is “better than Dr. Dre’s Detox.” Hopsin and the rest of the Funk Volume artists went on a three-month worldwide tour in the fall of 2012 which included 58 shows in 60 days in the United States, Europe, and Australia. 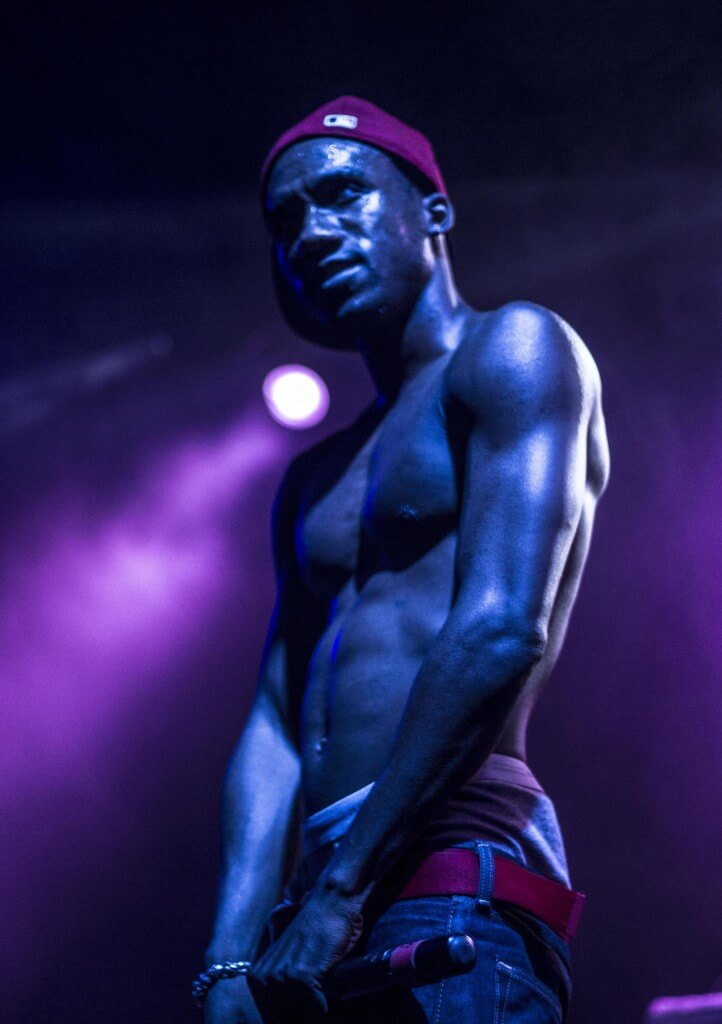 In December 2012, Hopsin had hinted on his Facebook and Twitter pages that he and Travis Barker are working on a project together, further details on the project were yet to be released. However, in late December, Travis Barker would say they are working on a collaboration EP which would be released in 2013. Then on February 5, 2012 Hopsin would say all the production had been finished for the EP. On January 24, 2013 Funk Volume released a music video featuring the entire roster; Hopsin, Dizzy Wright, SwiZzZ, Jarren Benton and DJ Hoppa for a song titled “Funk Volume 2013.”

On July 18, 2013, Hopsin released “Ill Mind Six: Old Friend” on his YouTube channel. At the end of the video, the release date for Knock Madness was confirmed as November 26, 2013. He later said that the song is not the sixth song in the “Ill Mind of Hopsin” series, and is instead a track on Knock Madness titled “Old Friend”. Knock Madness was released on November 26, 2013 by Funk Volume and debuted at number 76 on the Billboard 200 with first-week sales of 12,000 copies. The album contains guest appearances from SwizZz, Dizzy Wright, Jarren Benton and Tech N9ne along with being production primarily by Hopsin himself. It was also supported by the singles “Hop Is Back” and “Rip Your Heart Out”. Following the Knock Madness tour beginning in December 2013, Hopsin planned to go on a hiatus also saying, “When I take a break, I am still going to be making music, I am [just] not going to be out publicly promoting s***. I am just going to be in my own house, doing whatever the f*** I want to do. Finding myself as a person.”

On January 30, 2014 while on tour, Hopsin was scheduled to perform a show in Fort Collins, Colorado but feeling deeply depressed and even suicidal he walked out the back door of the venue before the performance. He hid in a house under construction until he called a friend to pick him up. However, on July 11, 2015, to make amends, he performed a free show for fans in Fort Collins at the same venue where he was originally to perform and dedicated a song titled “Fort Collins” on his album Pound Syndrome.

Hopsin had revealed on his instagram that he’d be retiring from rap and moving to Australia. However, on December 25, 2014, Hopsin shared a video on his YouTube channel called “The REAL reason Hopsin left the music industry” with label mate Jarren Benton inspired by the film Dumb and Dumber To which stated that he was not quitting rap and it was all a joke, also revealing that he will be releasing a new album called Pound Syndrome in 2015. 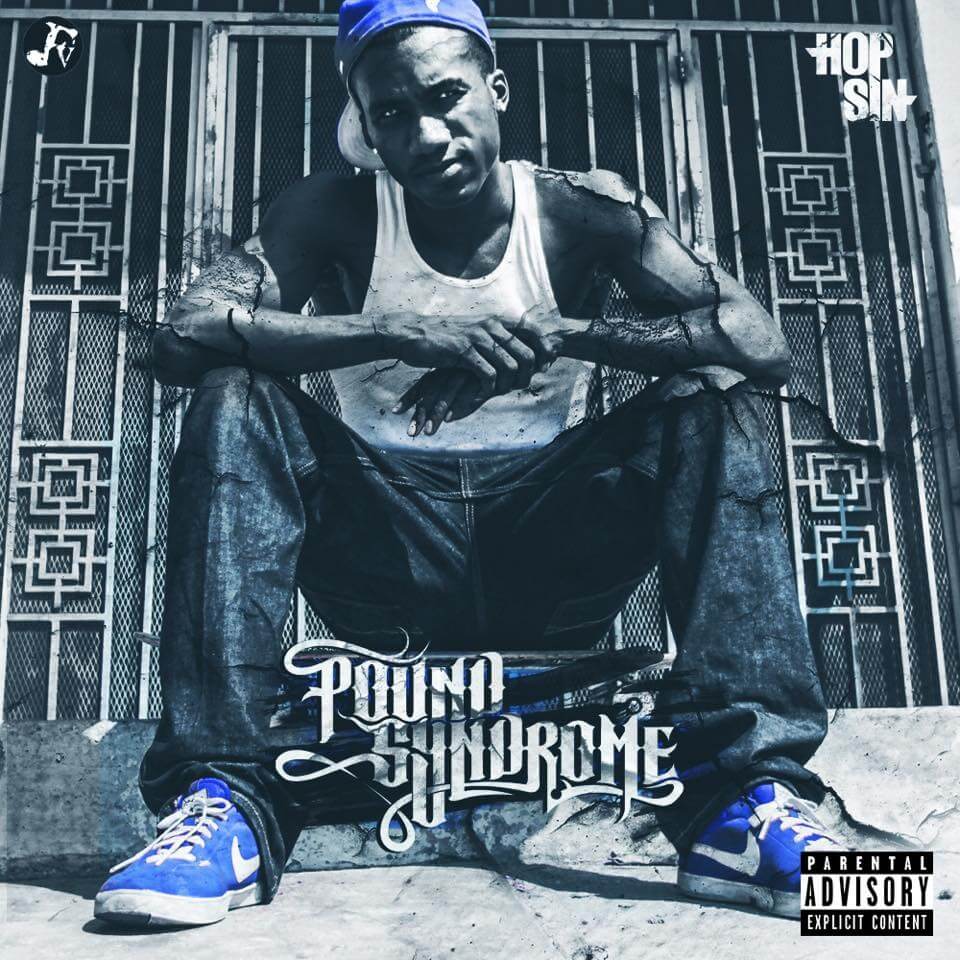 On May 27, 2015, an interview was released on Sway Calloway’s YouTube channel, touching on his appearance at Soundest Music Festival, and announcing that Pound Syndrome would be released on July 24. In the interview, he said that this is “definitely the best album that [he’s] ever created, hands down.” In June 2015, both “Sag My Pants” and “Ill Mind of Hopsin 5” were certified Gold by the RIAA. On June 1, 2015, the first single off the album “Crown Me” was released. The second single “Fly” was released on July 8, 2015. Also in July 2015, it was announced that Hopsin had signed a distribution deal with Warner Bros. Records. Pound Syndrome was released on July 24, 2015. The album debuted at number 17 on the Billboard 200 with first-week sales of 17,000 copies. 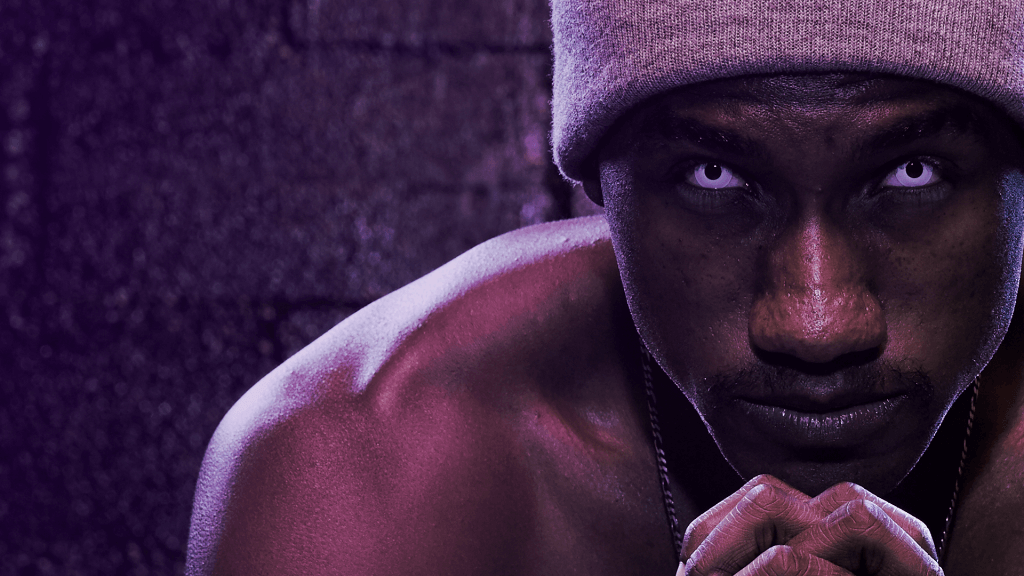