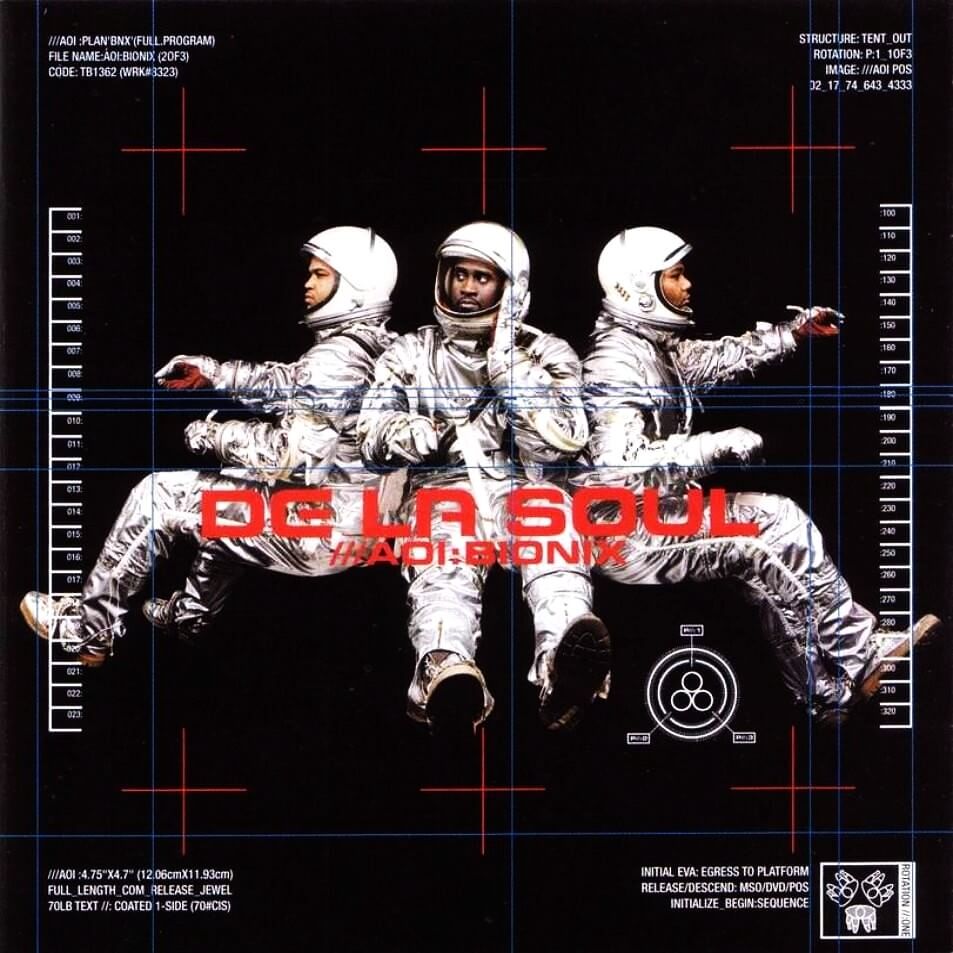 “Ladies and gentlemen, we in the trench again - makin it relevant, just for the hell of it...”

What We Do (For Love)

AOI: Bionix is De La Soul’s sixth full-length album, released in 2001. The album was the second in a planned three-disc installment, which was originally intended to be a three-disc album.

The first single, “Baby Phat” featuring Yummy Bingham and Devin the Dude, was an ode to larger sized women. Elsewhere, “Held Down”, featuring Cee-Lo, found Posdnuos in an introspective mood as he mused on fatherhood, religion, and fame. Slick Rick also made an appearance on “What We Do (For Love)”; a humorous song about puberty and sexual discovery. Plans were made to release the Kev Brown-produced “Special” (featuring Yummy Bingham) as the second single, however Tommy Boy soon folded as a label, cutting short any further promotion of Bionix. (Wikipedia)