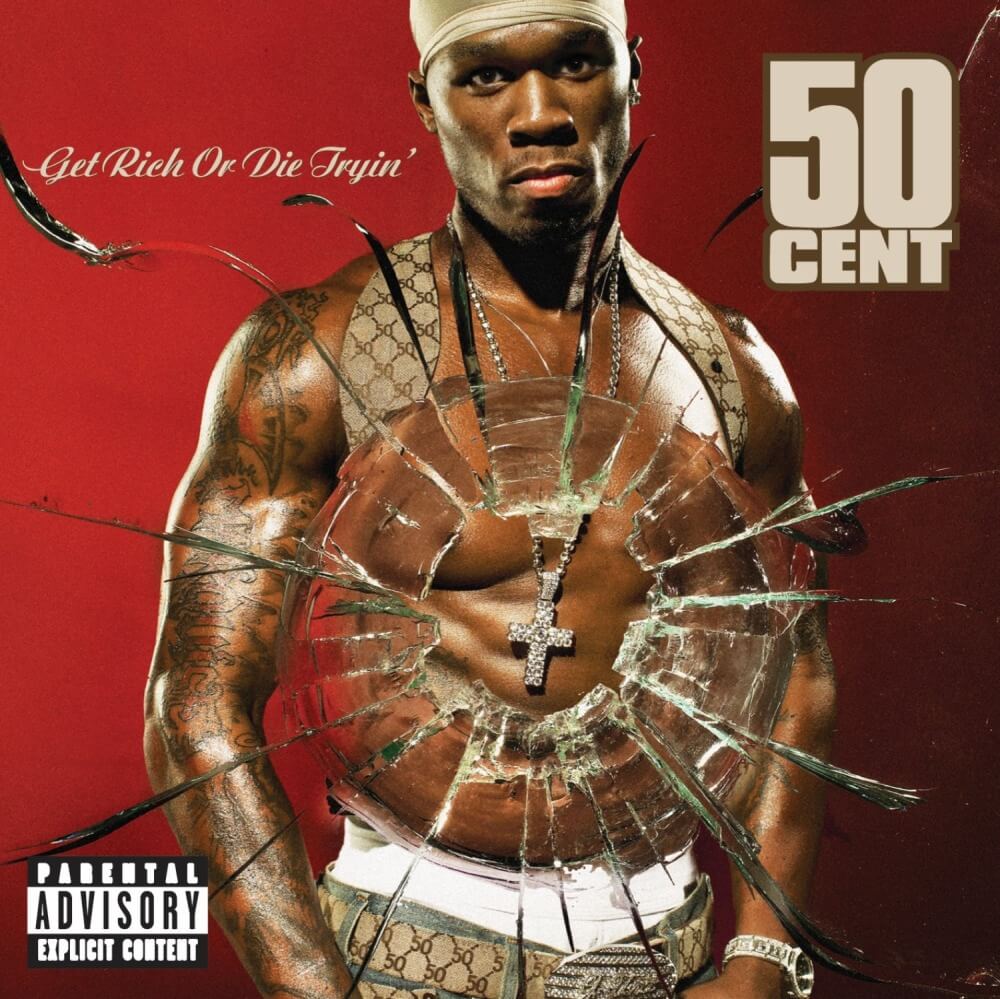 “My flow, my show brought me the dough - that bought me all my fancy things - my crib, my cars, my pools, my jewels - look nigga, I done came up and I ain't changed...”

High All The Time

Gotta Make It To Heaven

Life's On The Line (bonus track)

Get Rich or Die Tryin’ is the debut studio album of American rapper 50 Cent. It was released on February 4, 2003, by Aftermath Entertainment, under a joint venture with Shady Records, and distributed by Interscope Records. Its initially planned release was pushed seven days ahead due to heavy bootlegging and Internet leakage. The album featured production from Dr. Dre and Eminem, and featured guest appearances from Eminem and then-newcomers Young Buck, Lloyd Banks, and Tony Yayo from G-Unit.

The album debuted at number one on the US Billboard 200 chart, selling 872,000 copies in its first week. It generated four singles, including the number one hits “In da Club” and “21 Questions”, and the international hit “P.I.M.P.” By July 2014, Get Rich or Die Tryin’ has sold 8.3 million copies in the United States and is certified 8× platinum by the Recording Industry Association of America (RIAA).

Upon its release, the album received favorable reviews from most music critics and was nominated for a Grammy Award for Best Rap Album, losing to OutKast’s Speakerboxxx/The Love Below at the 46th Grammy Awards. It ranked number 37 on Rolling Stone’s list of best albums of the 2000s. (Wikipedia)