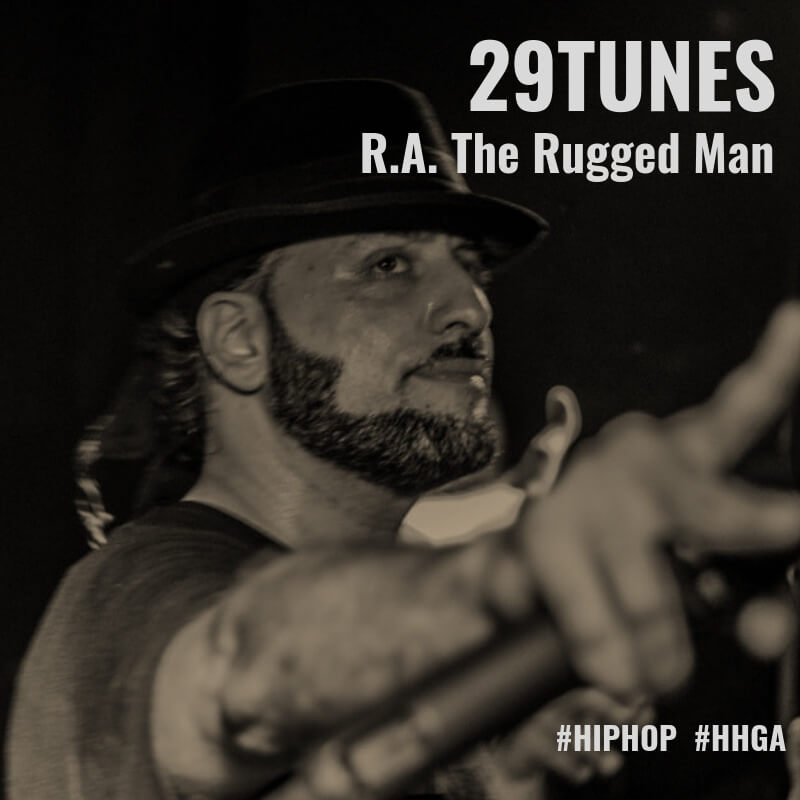 Mixing Twista’s speed, De La Soul’s D.A.I.S.Y. Age attitude, and the modern swagger of the Tech N9ne-driven underground, rapper R.A. the Rugged Man is a favorite guest star for the likes of Mobb Deep, Wu-Tang, and Notorious B.I.G., but his own discography is surprisingly slim. One reason could be that in the early ’90s, the then-18- year-old Long Island rapper signed with Jive, but he parted ways with the label before his debut album was released.

Signing with Priority in the mid-’90s and then having that contract absorbed by Capitol just delayed his come-up, so in 2004, he went the indie route and released Die, Rugged Man, Die on Nature Sounds. In 2009 the compilation Legendary Classics, Vol. 1 rounded up his collaborative releases with names like the Notorious B.I.G., Jedi Mind Tricks, and Sadat X all landing on the track list. Talib Kweli, Tech N9ne, Krizz Kaliko, and Masta Ace were some of the names that joined R.A. on his 2013 sophomore release Legends Never Die. (Bio by David Jeffries @ Allmusic)