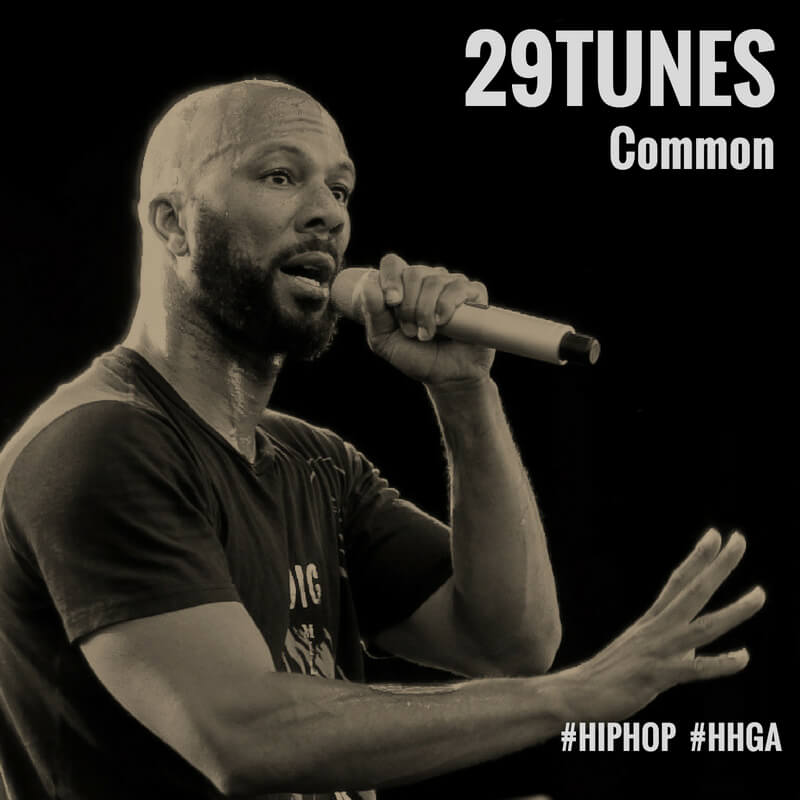 Common (originally Common Sense) has been one of the most highly influential figures in rap music, keeping the sophisticated lyrical technique and flowing syncopations of jazz-rap alive in an era when the mainstream and hardcore have increasingly threatened to obliterate everything in its path. His outward-looking, nimbly performed rhymes, and political consciousness haven’t always fit the fashions of rap trends, but his albums have been praised by critics, and he achieved mainstream popularity with a handful of gold-selling recordings. Additionally, during the 2000s and 2010s, he’s juggled his recording career with a series of high-profile acting roles. (Bio by Steve Huey, continued @ Allmusic)