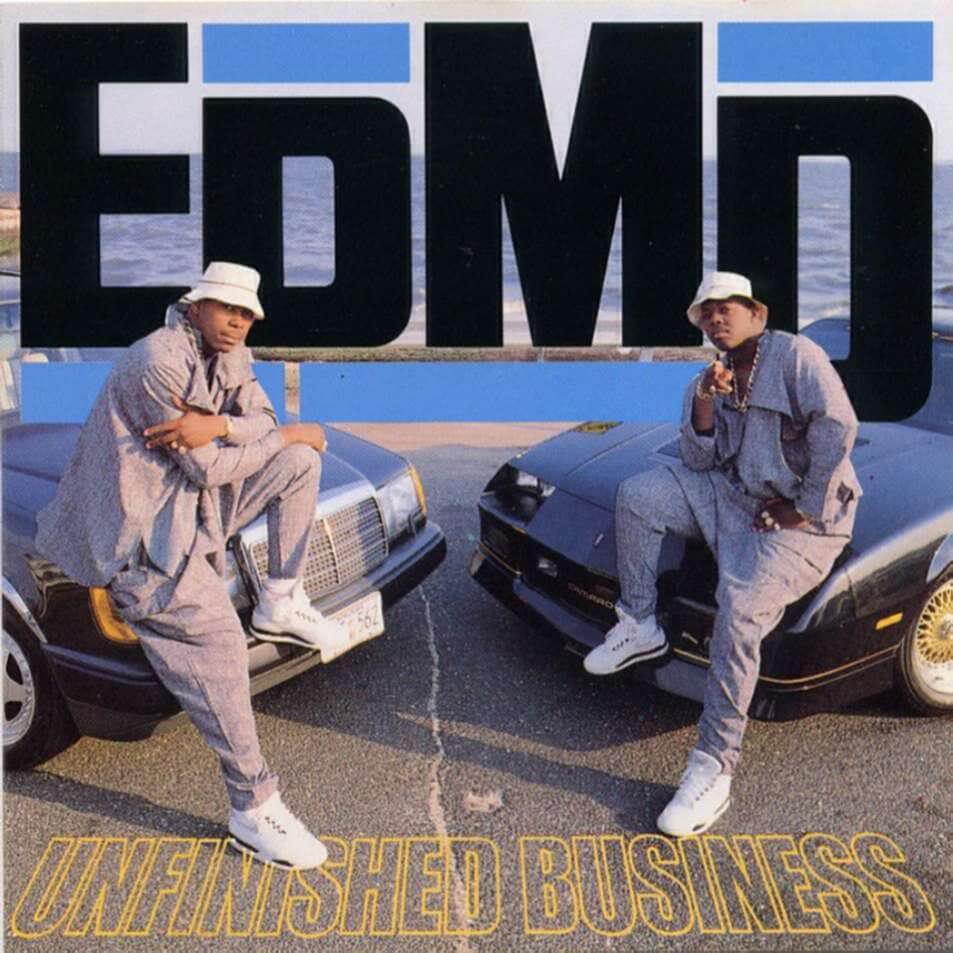 “One wrecks, the other destroys
And if you think that you’re ready to mess (Kill the noise)”

– Erick Sermon on “So What Cha Sayin’”

How could the young Hip Hop duo from Brentwood, NY top a debut album that earned a gold certification? How could they exceed support from Run DMC and LL Cool J? How could they follow up an album that was universally acclaimed? They did it by staying consistent. EPMD’s sophomore album, Unfinished Business, was a successful second album that helped to further solidify their spot amongst rap’s elite.

Pre-orders on the album had already exceeded RIAA’s gold status. The team kept fans happy by providing more of the laid-back braggadocios material from their first project. They didn’t mimic the in-your-face flow that Run DMC dominated with. They had a smoother rhyming style and they opted for more rock, reggae, and funk samples than any of their peers.

“So Wat Cha Sayin” was the first and only single from the album, but it did not disappoint. The song is a clear message to their critics. They developed their own sound and achieved commercial success doing so. The title of the track should read as a question, begging detractors for their next criticism.

People round town talkin’ this and that

Of how we sound like the R, and our music was wack

Dropped the album Strictly Business and you thought we would fold

On “Get the Bozack”, the crew introduces their unique terminology for the male parts. “Jane II” continues their epic Jane saga that began on their first LP. It’s an ongoing story about Sermon’s encounter with a young lady. On “Please Listen To My Demo”, they recount the early days of their career. PMD starts with the tale of their car breaking down on the way to an important meeting, and E describes the time that they signed their first contract:

Things was cool, as I remembered

We signed the dotted line, now we Fresh Record members

Had dreams, of fancy cars and limos

And I wanted was somebody, to listen to my demo

In the video for “The Big Payback”, we get a rare early collaboration of the east and west coast. There are cameos from a young NWA and Tone Loc.

LL Cool J makes an appearance in the video for the track “You Had Too Much To Drink”. They comedically warn listeners on the dangers of binge drinking.

Listen close enough to this album and you can hear many lines and melodies borrowed by rap acts that followed. Beanie Sigel has an entire track modeled after “So What Cha Sayin’”. Da Brat used Erick Sermon’s Janet Jackson line from “Total Kaos”. While it goes understated now, EPMD has provided some of the most influential work rap has ever known. Spin this classic today in honor of the album’s 30th anniversary or you can “get the bozack”. 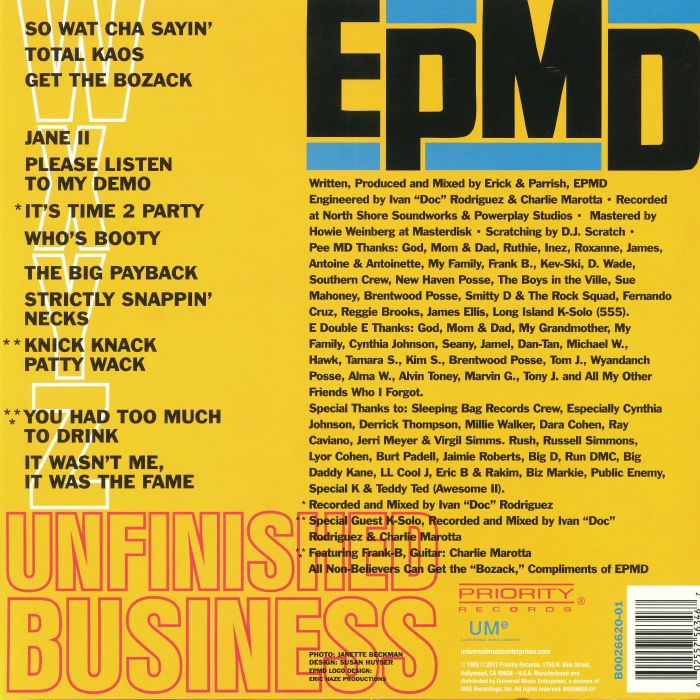