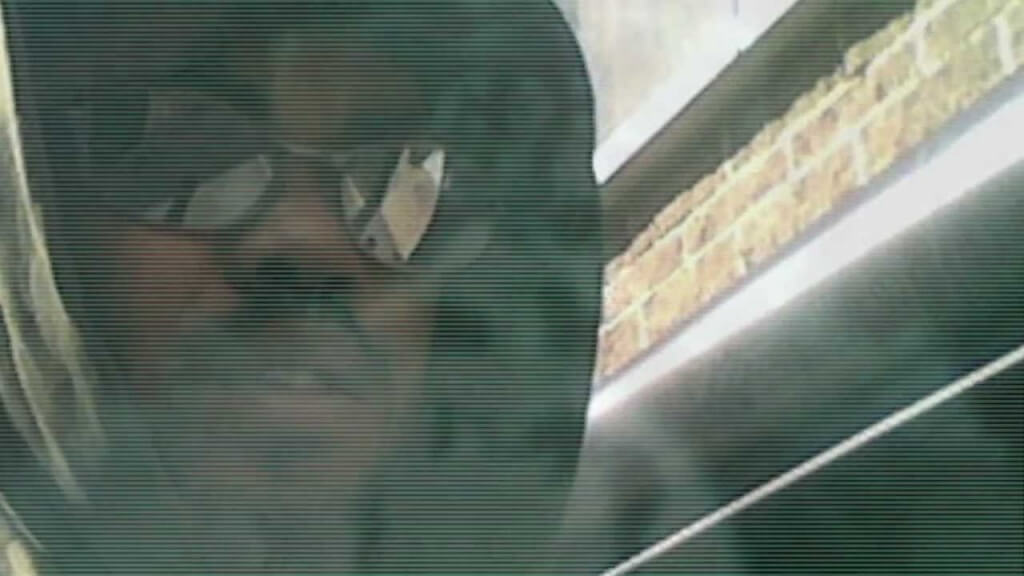 Let’s hop right into this brand new solo LP Neur@transmitter: ~The ARC of the Covenant~ — Conceptually, what does this title represent both to and for you?

It’s a project designed based on neuropsychlogy and methodology on how the brain operates. It’s a divinely inspired audio transmission from my brain signals directly into the brains of the listeners. A catalyst, of sorts.

Aside from the fact that it’s your “official” solo debut, how does @transmitter: ~The ARC of the Covenant~ either differ and/or compare to what you were already both known and loved for as 1/4 of the Petersburg, Virginia, Hip Hop quartet, Boogiemonsters?

It’s really a part II to my first HDM (headphones digital mix-tape, the muddy contender…) My projects are all lyrical and production advancements in contrast to older songs and projects. It’s just growth from both aspects of my creativity.

What was it – specifically – about now in 20-15 that prompted you to return to form [music]?

I’ve never stopped really. It’s just that without the mainstream outlet, people stopped paying attention. True fans know I’ve had as many projects out as the average MC, or more. They just weren’t acknowledged with as much fervor and lacked the commercial bells and whistles.

With that being said, how has not only the industry itself, but even more-so, you, either changed and/or evolved since your whole inception into music?

It definitely didn’t pay me what I’m owed, so it gave me wisdom and insight more than commercial success or the limelight. I also found out (who) my loyal fans and followers are. Lyrically, I’m on a level I would never be on had I stayed tied into the constraints of the music industry.

In having said that, and being that more than 17 long years have passed since the 2nd and final Boogiemonsters’ installment, God Sound,  what all had/have you been up to, both personally and professionally speaking, during your lengthy musical hiatus?

I’m currently working on my Master of Science degree in Interaction Design & Information Architecture (IDIA), which is what makes up the internet, apps, video games, etcetera. I’ve developed games and apps academically and professionally. I’ve released lots of solo music and collabos while studying, and last year earned my Bachelor of Science degree in Simulation / Digital Entertainment (SDE)… I’m an artist in every sense of the word, these days.

Reflecting, how did you first discover your musical talent?

I was around when the first Hip Hop records dropped. Started writing rhymes at 9. My dad was a DJ and had all the vinyl from all the musical greats of his time. These two elements naturally inspired me to hone my talents, although art / fine art was my first aspiration.

Who have been your greatest inspirations musically and why?

How then would you describe and/or define the style of music that you create and perform?

It’s GOD SOUND, the champion sound, and contends with anything that’s out there if you’re really listening. 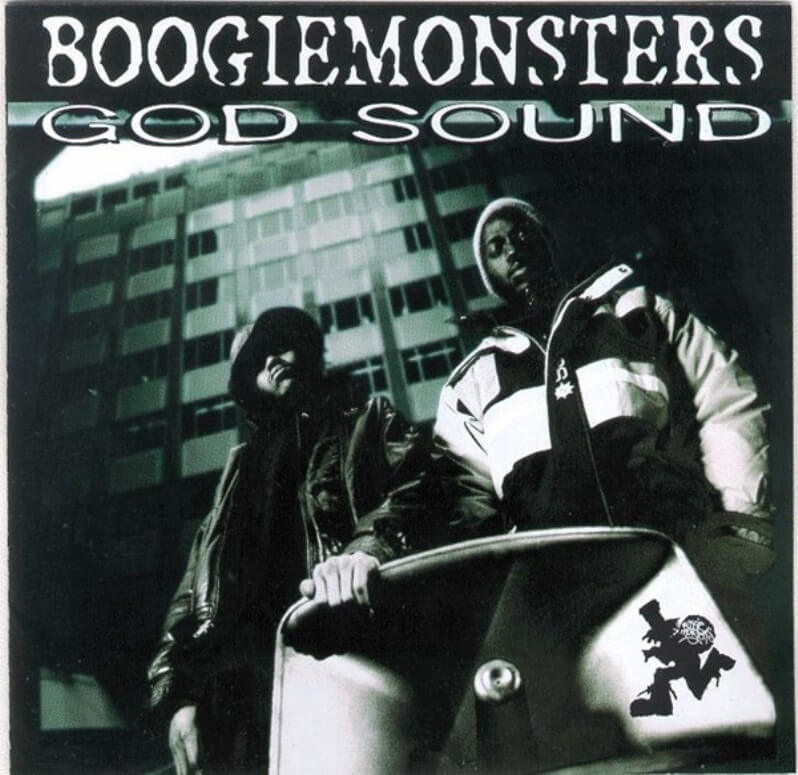 Initially, how did the four of you even come together in the first place in order to form the Boogiemonsters?

That’s a long story, but the details are on my new blog: boogiemonstersclothing.wordpress.com. We all came together in high school / college from a mutual interest in the Hip Hop movement.

Ultimately, what eventually prompted the collective to disband?

The labels both folded as we advanced our debut and sophomore projects commercially. Both times, one or more members left. All felt theology and spirituality were their new callings, and that the state of Hip Hop at the time negated the positivity we attempted to reflect in our music. None of the members seemed fully committed to their craft, although they loved collecting and frivolously spending any monies we earned. Eventually, all up and left New York City, abandoning me in NY and quitting the group, leaving me to fend for myself. I honestly think it was something they pursued at the time cause it was “cool” and we could make money. One is now a Pastor who preaches against the music and message and gives partial facts on the history of the group, ironically. He has basically made a theological career of it, which has alienated me from the church, but it is what it is. I just keep creating as the artist I’ve been called to be, and don’t judge.

Longevity, what do you attribute yours to?

The quality and timelessness of the GOD SOUND music created while with BOOGIEMONSTERS. People have never stopped saying how great it is. I’ve just attempted to continue that as a soloist over the years.

What do you feel you offer the music industry that we don’t already have in other performers?

A raw, uninfluenced, form of music and art that reveals the truth without submitting to the regulation and oppression of the industry or powers that be. A lot of performers are conformists to retain their recording contracts and mainstream exposure. BOOGIEMONSTERS was one of very few groups willing to SACRIFICE it all for the sake of the message in the music. I continue on that same path as an indie soloist. I don’t sell myself out or short for the sake of financial “success” or commercial recognition.

Have you encountered any problems in getting to this point in your career? And, what do you want people to get from your music?

I feel blacklisted in some ways and assumed obsolete without the backing of a major label. A lot of people and Hip Hop enthusiasts don’t seem as willing to acknowledge my talents as a songwriter and producer unless it’s APPROPRIATED as viable by label backing or mainstream publicity. It’s not really a problem as much as it is an annoyance to see an art-form once about “diggin in the crates,” now having to be spoon fed to the audience by record labels to gain the needed support to be commercially visible.

On a more serious note, are you happy with the current state of Hip Hop? And, even more specifically, where exactly do you “fit in” when it comes to today’s current/trending sound-scape?

The current state of MAINSTREAM Hip Hop is WACK, and pushing all sorts agendas which contradict the original laws and elements of REAL Hip Hop. Artists seem willing to make wack records and influence in stupid ways just to gain sales and appease record labels. Only a few MCs I even listen to.

Do you have any other outside/additional aspirations, maybe even completely away from music?

As mentioned, I’m expanding my creativity into clothing, apps, games, information architecture, and digital design. Will be working on my thesis this fall, with hopes of graduating in the spring.

What has been your greatest achievement(s) so far?

Getting signed in 1993 and releasing albums with the likes of Nas, B.I.G., and Wu-Tang Clan. Outside Hip Hop, if say returning to higher education and acquiring my degrees.

If you could collaborate with any one artist, living or dead, who would it be and why?

Bob Marley. He’s just that much of an inspiration, with Rakim a close second.

If you could play any venue in the world, which one would you choose and why?

The BET Awards, just to show how it’s done.

One track of yours that you think defines you and why?

“M.C. (Mental Calisthenics)” or “The Lunchroom Table” from GOD SOUND. The lyrics just best describe and represent me.

Lastly, do you still remain in touch with your friends/former partners in rhyme; Mondo, Myntric and Yodared? And if so, is there any chance of a future Boogiemonsters reunion either on stage and/or wax?

We are in touch, but they are no longer MCing or full participants in the Hip Hop culture, so, no, no reunions. People have to support me as a soloist or get nothing at all. *Chuckles*

Is there anything I left out, or just plain forgot to mention?

Any “closing” thought(s) for our readers?

Thanks for the decades of support. Purchase the Riders of the Storm 21st anniversary version featuring an unreleased track @ iTunes, GooglePlay, Spotify, Shazam, Amazon etcetera…And, purchase my BOOGIEMONSTERS clothing at: boogiemonsters-techwear.myshopify.com … Peace & Power!

Dat Anglo-Saxon Journalist / Publicist y'all love to hate! 20+ years in; I ain't goin' no-mufuggin'-where, so get over ya damn selves already!…