“My Part Of Town” is a track from Tuff Crew’s first full-length album Danger Zone, released in 1988. This video was recorded on December 25, 1988 in Miami at the Miami Baseball Stadium during 2 Live Crew’s Move Something Tour.

They toured the U.S.A as the support act for 2Live Crew, and were fan favorites on the groundbreaking Street Beat radio program on Power 99, hosted by Lady B. They were racially mixed and ethnically diverse, and were regular performers at the After Midnight club in North Philly, once the largest Hip-Hop club in America. Their Philadelphia contemporaries included DJ Jazzy Jeff and the Fresh Prince, Dj Cash Money and Marvelous, Cool C, Schoolly D and Three Times Dope.

DJ Too Tuff, a/k/a the Deuce Ace Detonator, is considered a forefather of the turntablist movement, because of several dynamic DJ tracks on the group’s albums. Dj Z-Trip, DJ Shadow and other New School DJs credit DJ Too Tuff for inspiring their style and music.

During the recording of their fourth album “Still Dangerous”, the group was joined by Smooth K and DJ Cutzology. Members Tone Love & DJ Too Tuff were absent during this 1991 recording working on outside project Danger Zone M.O.B.B. Squad.

DJ Too Tuff currently owns and operates DangerZone Music Group, a Philadelphia based independent record label with a slew of artists and upcoming releases. 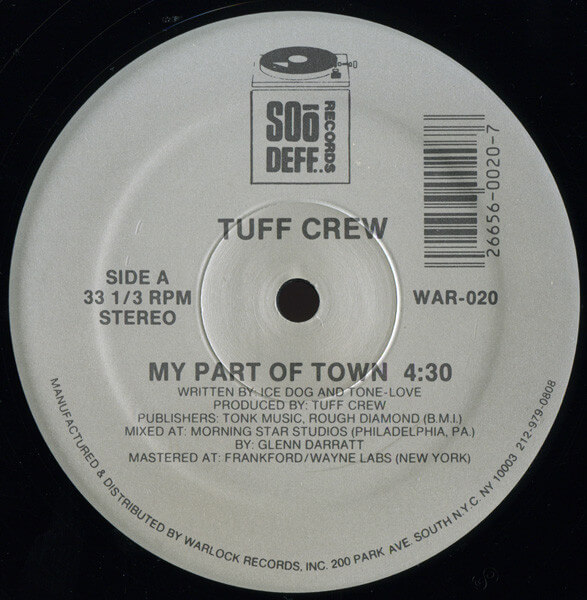