Released on this day in 1988: Ultramagnetic Mcs “Critical Beatdown” 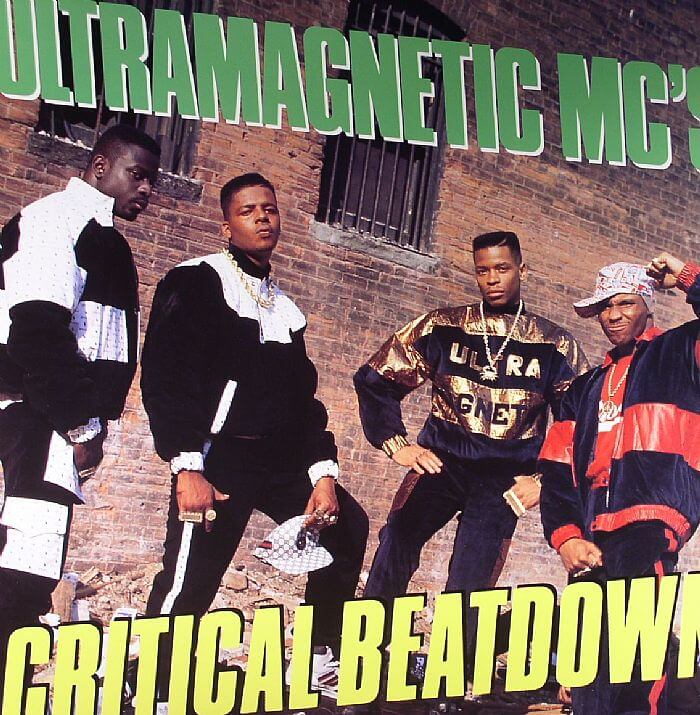 Critical Beatdown is the debut studio album by American Hip Hop group Ultramagnetic MCs, released on October 4, 1988, by Next Plateau Records. Production for the album was handled primarily by the group’s rapper and producer Ced-Gee, who employed an E-mu SP-1200 sampler as the album’s main instrument. Music journalists have noted the album for its innovative production, funk-based samples, self-assertive themes, ingenious lyricism, and complex rhyme patterns.

Although it charted modestly upon its release, Critical Beatdown has since been acclaimed by critics as a classic album of Hip Hop’s Golden Age and new school aesthetic. The album’s abstract rhymes in strange syncopations laid on top of sampling experiments proved widely influential, from Public Enemy to gangsta rap to several generations of underground Hip Hop artists. Critical Beatdown was reissued by Roadrunner Records in 2004, with additional tracks.

The dynamic, choppy production on Critical Beatdown was handled primarily by Ced-Gee, who used an E-mu SP-1200 sampler. His sampling of early recordings by James Brown, particularly their guitar and vocal parts, added to the music’s abrasive, funk-oriented sound and exemplified the growing popularity of such sampling sources in Hip Hop at the time. Along with samples of Brown’s music, the production utilized drum breaks from commonly sampled sources such as Melvin Bliss’ 1973 song “Synthetic Substitution”. In the second edition of The Rough Guide to Hip Hop (2005), music journalist Peter Shapiro notes its music’s energy as reminiscent of The Cold Crush Brothers and writes of the album’s musical significance, “It may have been a stunning explosion of early sampling technology, but Critical Beatdown remains a devstating album even in an age of 32-bit samplers and RAM-intensive sound-editing software.” He also views that the technological limitations of using such a sampler added to the album’s style, making the music “rawer, more immediate, and more febrile, like a raw nerve.

Hip Hop production team The Bomb Squad has cited the album as a major influence on their production for Public Enemy’s 1988 album It Takes a Nation of Millions to Hold Us Back. Music journalist Jeff Chang writes that Ced-Gee “pushe[d] sampling technology to its early limits, providing sonics that are less bassy and more breakbeat heavy than most of their contemporaries.” Shapiro dubs it one of the greatest Hip Hop albums and comments on its musical legacy, “Recorded at a time before ‘street’ and ‘experimental’ were mutually exclusive terms, it ushered in hip-hop’s sampladelic golden age and laid the foundation for several generations of underground rap.” 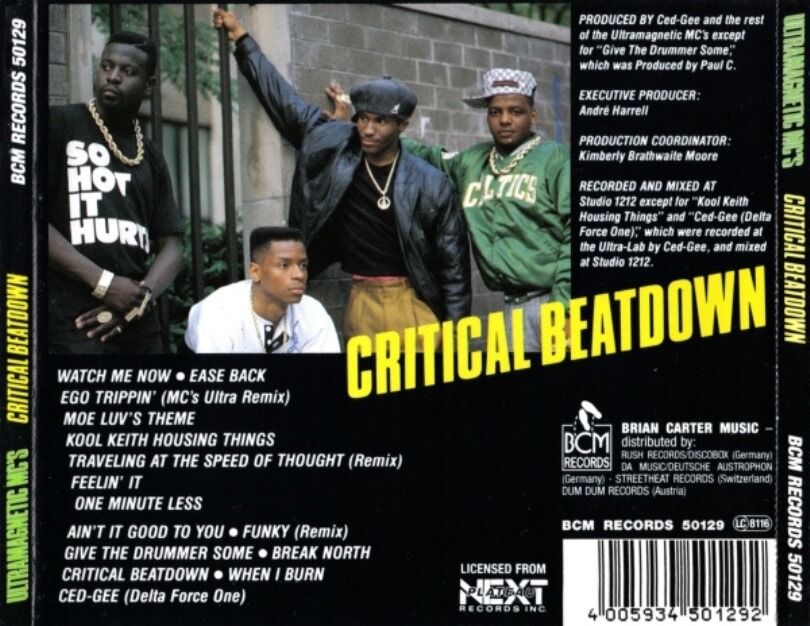 Kool Keith’s and Ced-Gee’s lyrics on the album are characterized by abstract braggadocio, stream-of-consciousness narrative style and pseudoscientific terminology. The Anthology of Rap, published by Yale University Press, makes note of such terminology in Ced-Gee’s lyricism on the album’s 1986 single “Ego Trippin'”, particularly the lines “Usin’ frequencies and data, I am approximate / Leaving revolutions turning, emerging chemistry / With the precise implications, achieved adversively”. Kool Keith’s rhymes are manic and expressed in a staccato pace. His lyrics on “Ego Trippin'” also criticize the musical aesthetic of old school Hip Hop artists at the time: “They use the simple back and forth, the same old rhythm / That a baby can pick up and join right with them / But their rhymes are pathetic, they think they copasetic / Using nursery terms, at least not poetic”. (Wikipedia)