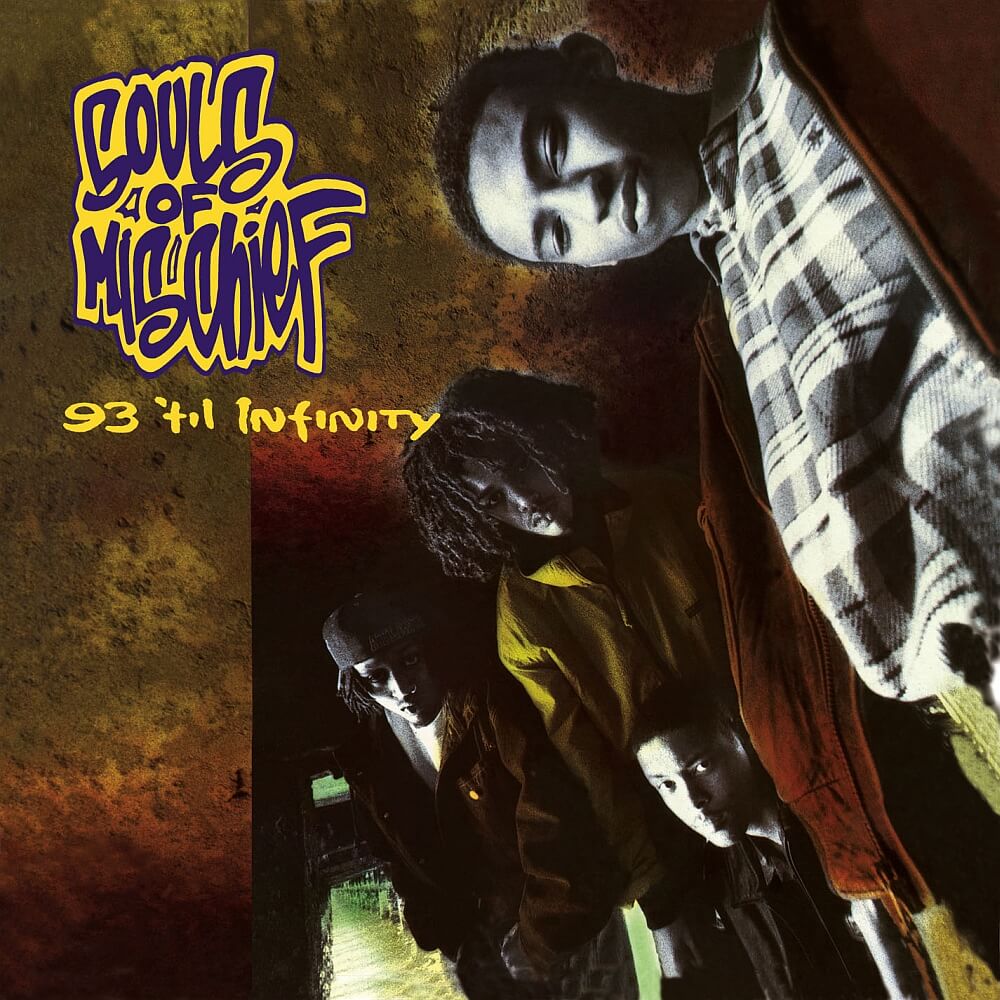 93 ’til Infinity is the debut album by Souls of Mischief. The group consists of four members (A-Plus, Opio, Phesto and Tajai) and is a subgroup of the Oakland, California Hip Hop collective Hieroglyphics.

93 ’til Infinity will be remembered forever because of it’s iconic title track, but it has much more to offer. Released in a time when G-Funk Gangsta rap was dominating and changing the direction of (mainstream) Hip Hop, this was album was a breath of fresh air; one of the West Coast albums of that era that took a completely different stylistic approach, musically and lyric-wise.

Definitely slept on at the time, it has stood the test of time and is now deservedly considered a Hip Hop classic.