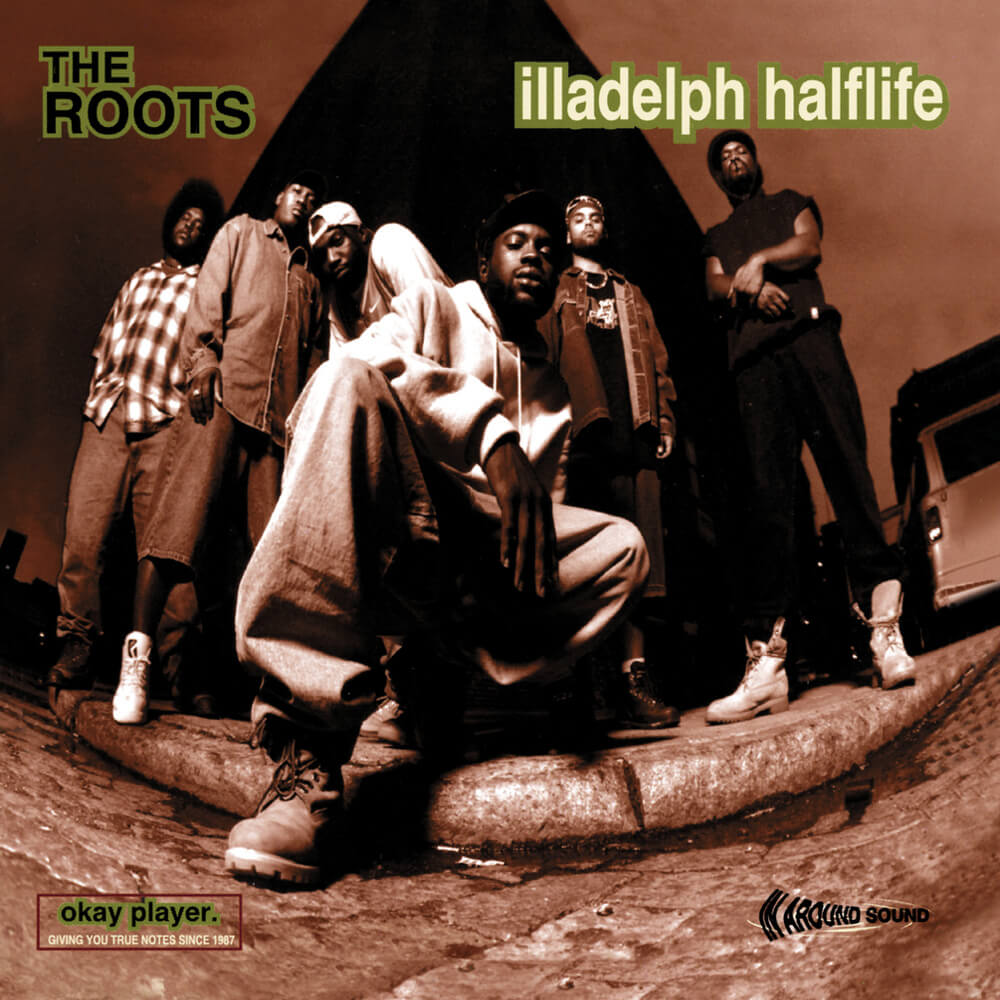 Illadelph Halflife is the third studio album by The Roots, released September 24, 1996 on Geffen Records. It features a tougher and broader sound than their previous album, Do You Want More?!!!??! (1994).  The album also contains integration of programmed drums and guest contributions by R&B musicians such as Amel Larrieux and D’Angelo, as well as jazz musicians such as David Murray, Steve Coleman, Cassandra Wilson, Graham Haynes.