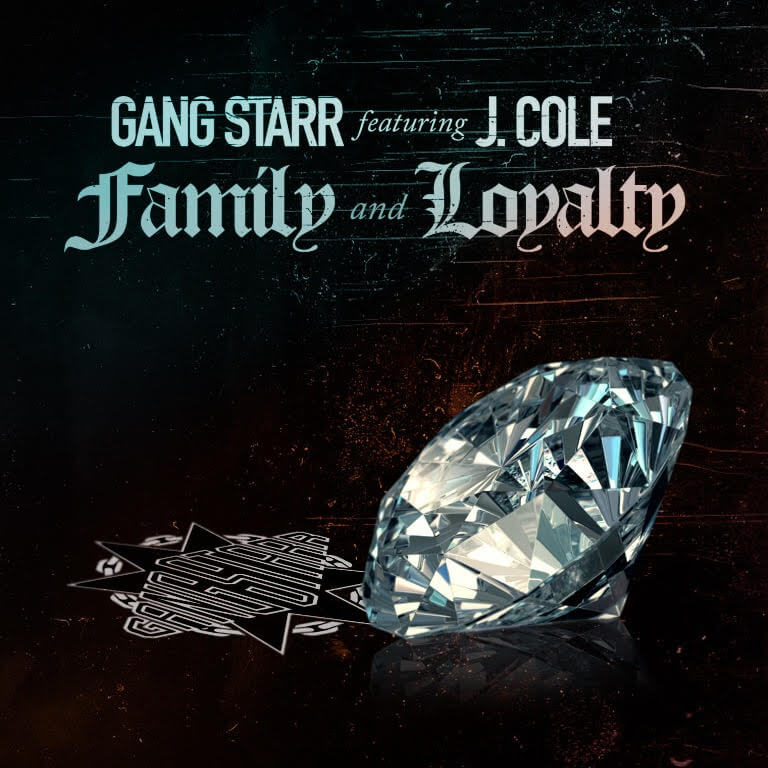 Gang Starr is undoubtedly one of the most revered, beloved and influential groups in Hip Hop.  Over the course of their distinguished career, they became a cultural institution and a brand you could ultimately trust.  The group’s “Chain and The Star” logo symbolized power and excellence and it permeated into the cutting-edge music they created.  With a handful of indelible classic albums on their resume, DJ Premier and Guru’s catalog has not only persevered, but mastered the test of time.  Simply, Gang Starr did not follow trends, they created them.

Though they never “officially” disbanded after the release of their last project (The Ownerz 2003), Premier and Guru still remained infinitely connected to each other even as they embarked on solo paths.  In the interim, fans clamored for more music from Gang Starr.  Though there have been whispers and murmurs, the possibilities seemingly grew more remote as the years passed by.  After Guru tragically passed away in 2010 the hope seemed to vanish altogether.

While Nas alluded something big was in the works, virtually out of the blue, on 9-20-19 Gang Starr both shocked and delighted music fans around the world with a new single, their first in over 16-years; “Family and Loyalty” featuring J. Cole.  The adulation and reaction was immediate, palpable and overwhelming!  Funkmaster Flex dedicated an entire hour long-tribute set to Gang Starr before debuting the single and a Gang Starr Billboard lit up Times Square as “Family and Loyalty” rocketed up charts and playlists generating millions of streams; Gang Starr and “Family and Loyalty” also became trending topics on social media.  J. Cole added further urgency by announcing that his guest appearance on the single he labeled “an honor to be a part of” and “a classic” was to be his last guest feature.

Today, Gang Starr furthers the excitement by unveiling the video for “Family and Loyalty.”  Directed by Fab 5 Freddy and shot on location in Harlem and Fayetteville, NC, the video features special guests J. Cole and Guru’s son Keith Casim.  “Family and Loyalty” is the first Gang Starr video ever filmed without Guru being present in physical form and that fact wasn’t lost on Premier.  “Everything is very emotional and raw, because he’s not here, but his spirit is here” Preem commented.  “We shot the first half of this video on Cole’s turf and we had a very limited window in North Carolina.  Fab 5 Freddy called me and he was really worried he would not be able to fly in from New York due to Hurricane Dorian.  I told Freddy that Guru was piloting the flight and he would get him here safely and on time; and he did.

When discussing concepts for the video, DJ Premier went in with a very clear vision to share with Fab 5 Freddy.   “We have so much unused footage together (Guru and Premier), and with Guru’s lyrics I visualized him in the video as a picture book, a photo album that would capture our journey.”

Another very special and surreal aspect of Gang Starr’s “Family and Loyalty” video is that it captures a true full-circle, coming of age moment, as Guru’s son, Keith Casim, is an integral focus of the video.  “Keith was nine when his father passed away and he is now nineteen. I used to babysit him.  He (Guru’s son) made me feel like Guru was there with me” Premier lovingly stated.  “I told him he has the same look in his eyes as his Father and everyone on set commented on how striking the resemblance is.  It was really important to me to have Guru’s son be a major focus of the video.  Keith is starting to really understand the legacy his father left behind and the whole team is sharing so many stories with him.  We are honest with him, how much fun Guru and I had, the bad times, we are not sugarcoating anything; we want him to know his Father.”\