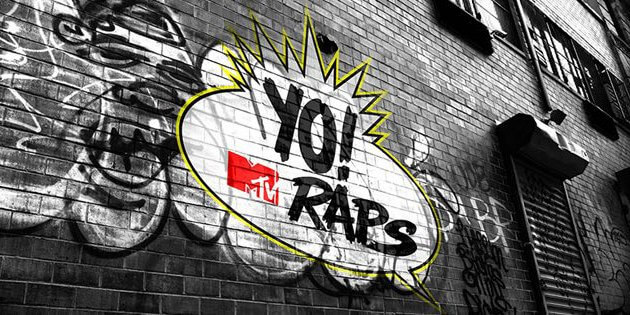 Yo! MTV Raps held up as a stronghold showcase of the art form for the better part of 9 years. Airing on weekdays around 3 PM, Doctor Dre and Ed Lover would talk a lot of s***, play videos, and occasionally, host in-studio performances which, if you were viewing, you knew you were in for a treat. The large studio they shot Yo! In felt very intimate and accommodating, even from watching on TV. There were several special moments contained within the confines of Yo!, these are among the best.

Here’s my top 5 favorite Yo! Performances.

Complete with a rare Method Man sound byte to start, The clan dive into one of my perennial favorites off “36 Chambers”, This was one of the first times you saw the W on TV and how they came across as a crew. This performance is a seminal moment in Hip Hop. It’s also nice to know that money and fame won’t ever change Meth, outside of him having “cleaner drawers”. Respect.

The Lords were one of the more underrated crews of the golden age. They packed a certain type of bombast that Busta Rhymes would soon package and sell by the caseload. A little before their time, the trendsetters take very well to the Yo! Stage.

Every second of this performance reeked of a type of swagger that Guru and Premier were only capable of; Guru’s flow was smooth, yet hardcore. I fell in love with premier’s scratching on this track the first time I heard it. It’s a trip and a feat seeing him bust off these scratches before laptops and serato became common staples in the DJ game. Just a man and his 1’s and 2’s.

Now that Phife is gone, this performance is all the more vital. The environment can make certain acts feel loose, which sometimes doesn’t translate as well as it could. Tip and Phife didn’t let the Yo! Studio stifle them; they delivered the goods and then some. Side note-I believe the guy walking up to the stage at the beginning of this clip was the late, great, Ted Demme, who was a producer on Yo! before he started his career as a director.

From the time Ed Lover introduces them as “Marky Mark and the funky bunch” up to Erick and Parrish Making Dollars bust into their seminal early 90’s hit, everything about this clip is pure gold. This particular clip has a few minutes of the interview, which would usually happen before the performance. Selling out and going mainstream was a huge sticking point throughout most the golden age; “Crossover” was a call to arms for those who believed in not only moving the art form forward, but preserving it for future generations.

I’ve been passionate about Hip Hop since age 12, when I first heard A Tribe Called Quest’s “Check the Rhime”. Since then, I’ve logged hundreds, if not thousands of hours engulfed in the throes of what we k…