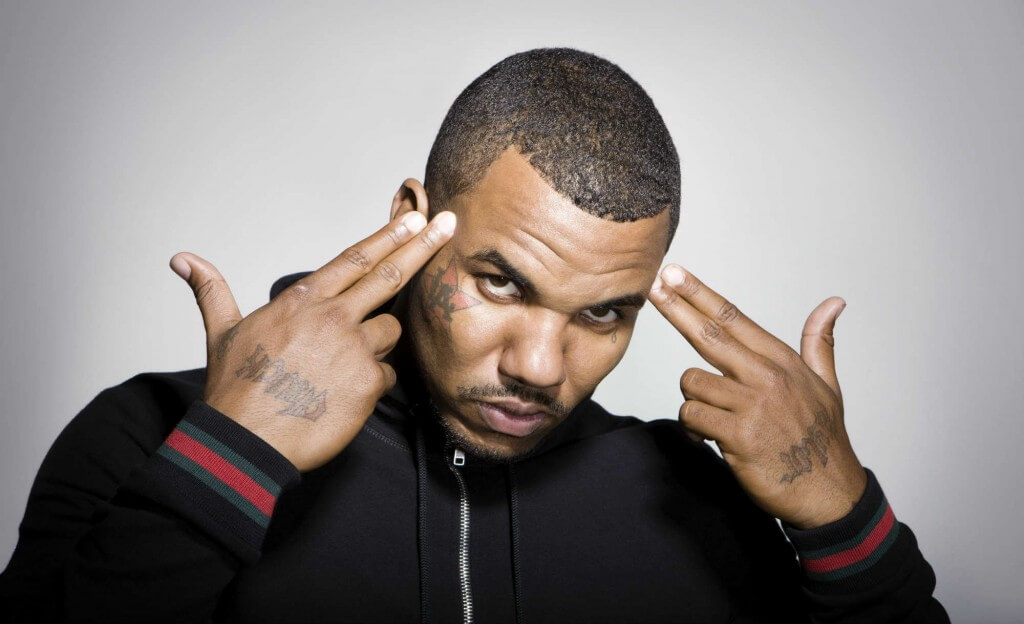 The Game (born Jaecoyn Tarell Taylor) has been a Hip Hop mainstay ever since he dropped his classic rap debut The Documentary, which was certified double platinum in March 2005. Over the years, The Game has worked with the likes of Kanye West, Eminem, Snoop Dogg, and 50 Cent – and he’s always stayed true to his hometown Compton, which has been reflected in his music.

A marksman on the mic, using raw lyrics and a vicious flow, The Game stormed his way to the top in the early ‘00s, making a name for himself as a fierce West Coast rapper. He’s released a number of bangers and deep cuts over the past decade, and has managed to stand the test of time, never really falling off. After he dropped his ninth album, Born 2 Rap, what better way to celebrate such longevity by running through his 15 best tracks.

The Game linked up with Common and Kanye West for the title track of his fifth studio album, which explores the spiritual side of Hip Hop culture. Over a piano-string beat with a deep bassline, The Game raps about God, family life and how he let his “nuts hang” like a Jesus piece. With production from The Maven Boys and Kozmeniuk, the track marked a new direction for The Game’s music, taking on a more “conscious” angle. Yeezy’s role is limited to the hook while Common offers a sharp verse full of soul-stirring lyricism. A track that fuses soul, trap and R&B melodies, “Jesus Piece” is a meticulously crafted gem from The Game.

“The City” was a big hit for The Game, thanks to the popularity of the music video. A sprawling rap tune with a strong emphasis on bars and message, the track drew major attention to Kendrick Lamar who features on the song. At the time, he was a relatively unknown artist but following the song’s release, he secured a deal with Interscope and Aftermath Entertainment. While the song stands as a breakout moment for Kendrick Lamar, it’s still a tremendous effort from The Game, who comes through with some seriously hard-hitting rhymes.

An epic and heart-enriching track from Doctor’s Advocate, “Why You Hate The Game” is another example of Game’s effortless flow on a soulful production. Collaborating with Nas and Marsha Ambrosius, The Game once again uses his distinctive gruff voice to maneuver in and out of the beat, which was produced by Just Blaze. Nas saunters through his verse, delivering tight rhymes and showing off his lyrical dexterity. “Why You Hate The Game” is one of The Game’s most sombre and emotionally-driven tracks.

More than a decade after The Game dropped his debut album, he followed up with The Documentary 2 with “100” featuring Drake as the first single. A mellow, introspective track, sampling “Feel the fire” by Peabo Byrson, The Game raps about Compton and Drake enters with rhymes about friendship and loyalty. The track was a great comeback single for The Game, helping him chart on the Billboard 100 once again. Upon its release, “100” was the most added song on both the rhythmic contemporary radio and urban contemporary radio for the week.

Another track from Jesus Piece, “All That (Lady) is fresh and smooth, with a glorious beat produced by duo Cool & Dre. With features from Lil Wayne, Big Sean, Fabulous and Jeremih, the track sees some of the best talent in Hip Hop spit bars about their love for women. The track contains a vocal sample of “Lady” by neo-soul singer D’Angelo, which gives the song an old-school vibe, harking back to a bygone era of music. Jeremiah’s hook blends with the “Lady” loop, which brings each of the rappers’ verses together seamlessly. While it’s probably not one of The Game’s most recognizable songs, it made for a hot single that peaked within the top 50 on the Billboard R&B/Hip-Hop chart.

Off his debut album The Documentary, “Church for Thugs” sees The Game hitting out at his haters. Through abrasive lyricism, The Game describes life on the streets of LA. The track has a monster of a beat, once again produced by Just Blaze. It’s an explosive, head-bobbing song with a killer hook from The Game who uses simple rhyme schemes throughout, immersing listeners into his violent world.

As the first single from Born 2 Rap, “West Side” plays like an ode to the West Coast. Produced by Wallis Lane, Big Duke, and Prince, the track encapsulates the swagger and style of the West Coast scene, with The Game adopting a powerful, fast flow. In the music video, The Game stars in a post-apocalyptic setting where we see him riding around in a dystopian wasteland. It’s one of the strongest songs on Born 2 Rap, demanding multiple listens.

Another standout from The Documentary 2, “Don’t Trip” sees The Game link up with Ice Cube, Dr Dre and Will.I.Am and the result is a banger. The Game raps over an infectious beat: “Don’t trip homie / Yeah, I’m the opposite of crip, homie / “You ain’t even gotta ask, n***as know me / I make it rain like Tony, Toni Toné” – a clever reference to a song by the R&B group, Tony! Toni! Toné! The track has a catchy hook too, courtesy of Will.I.Am who was also behind the song’s production.

The Game dedicates the final track on The Documentary to his son, who was born prior to the album’s release. It’s a personal track that recalls the moment The Game found out his girlfriend was going into labor, as well as the actual childbirth. The Game paints a vivid image lyrically of the build-up to meeting his newborn son, rapping: “June 30th, 11:07 I got that call / She eight centimetres, my lil man bout to fall / Scruffin my air forces, runnin through the hospital hall.” The Game showcases his storytelling talents, setting the scenes perfectly. Propelled by a Buckwild production and with Busta Rhymes on the hook, “Like Father, Like Son” is a stunning end to The Game’s debut.

“How We Do” is one The Game’s most well-known songs and a popular club hit in the early 2000s. Featuring 50 Cent, the track is full of hard-hitting bars and it has a booming Dr Dre beat. The song was hugely successful when it was released as the second single from The Documentary, peaking within the top 10 in multiple countries.

Produced by Kanye West, “Dreams” doesn’t sound like anything else on The Game’s debut. It has a low-key sound but in terms of lyrical content, the track adds another layer of personality to The Documentary. The Game talks through waking up from a coma in 2001 after getting shot, and references a number of famous icons on the hook: “Blushin’ in this 40 ounce, lettin’ the ink on my skin bleed / Cause Martin Luther King had a (“Dream”) / Alliyah had a (“Dream”) / Left Eye had a (“Dream”). A compelling entry in The Game’s debut and one of his most memorable songs.

The Game’s introduction to the masses began with “West Side Story”, which sees him staking his claim for the Hip Hop throne while bringing West Coast rap back to the forefront: “West Coast rap never fall off, I was asleep in Compton.” With production from Dr Dre and Scott Storch, The Documentary’s lead single serves as a showcase for The Game’s signature style. There’s also a remix with Snoop Dogg and a version featuring 50 Cent.

Doctor’s Advocate’s second single, “Let’s Ride” functioned as The Game’s return to rap, two years after his debut. Spitting over a booming beat, The Game raps about leaving Aftermath, referencing Dr Dre throughout: “The Game is back, the Aftermath chain is gone / The Ds is chrome, the frame is black.” The Game uses a flawless flow combined with smooth vocals over a Scott Storch beat, making for an enduring track.

An absolute beast of a song featuring 2 Chainz and Rick Ross, “Ali Bomaye” is just one of those tracks that demand your attention. It’s lyrically imposing and there’s an undercurrent of danger throughout. With production from Black Metaphor and sampling Florence and the Machine’s “Seven Devils”, The Game brings listeners some of his most aggressive material yet. He raps about revenge and criminality, channeling the usual bravado that made him such a big name in Hip Hop.

The Game embodies his hometown’s underdog spirit in “Hate It Or Love It”, which achieved commercial success worldwide when it was released as a single in January 2005. While The Game was riding high on the strength of two massive singles, “West Side Story” and “How We Do”, it was “Hate It Or Love It” that showed The Game at his apex. It was the moment he captured everyone’s attention with his tales of the hood. With razor-sharp rhymes, The Game and 50 Cent construct a rags-to-riches story, rapping about where they came from and their struggles growing up in rough, poverty-stricken neighborhoods. A classic Hip Hop tune and The Game’s biggest hit to date.

One response to “Top 15 The Game Songs”