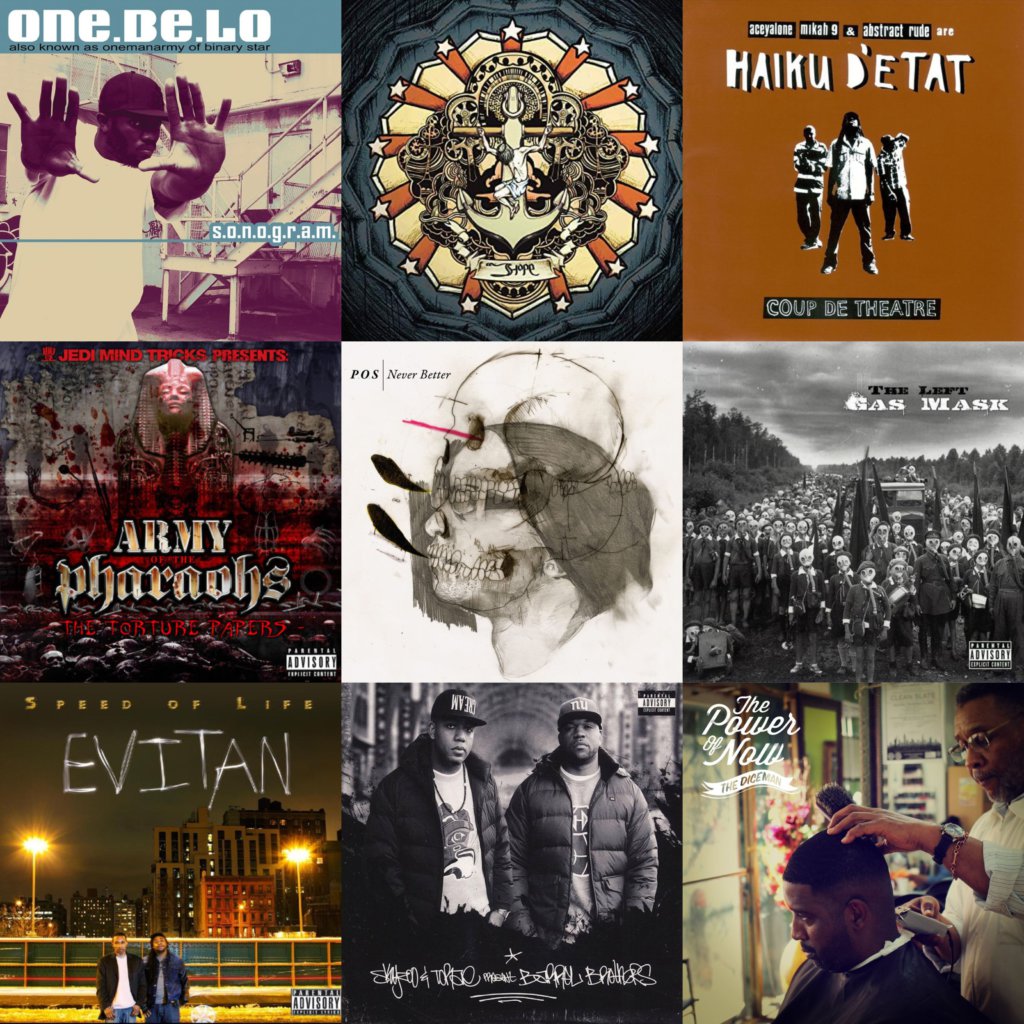 When it comes to popular acclaim, the last 20 years saw real Hip Hop gradually lose ground to mainstream rap music. Generic – and often negative and dumb – rap music pushed out by the major corporations is what the general public swallows; ignoring the creativity, originality, and skill that characterized Hip Hop in the early days. But there has ALWAYS been plenty of excellent Hip Hop around, you just have to know where to look for it. On this list, you will find nine overlooked and underappreciated albums released after Hip Hop’s Golden Age, albums that should have a place in any real Hip Hop head’s collection. From this selection, which one is YOUR favorite? 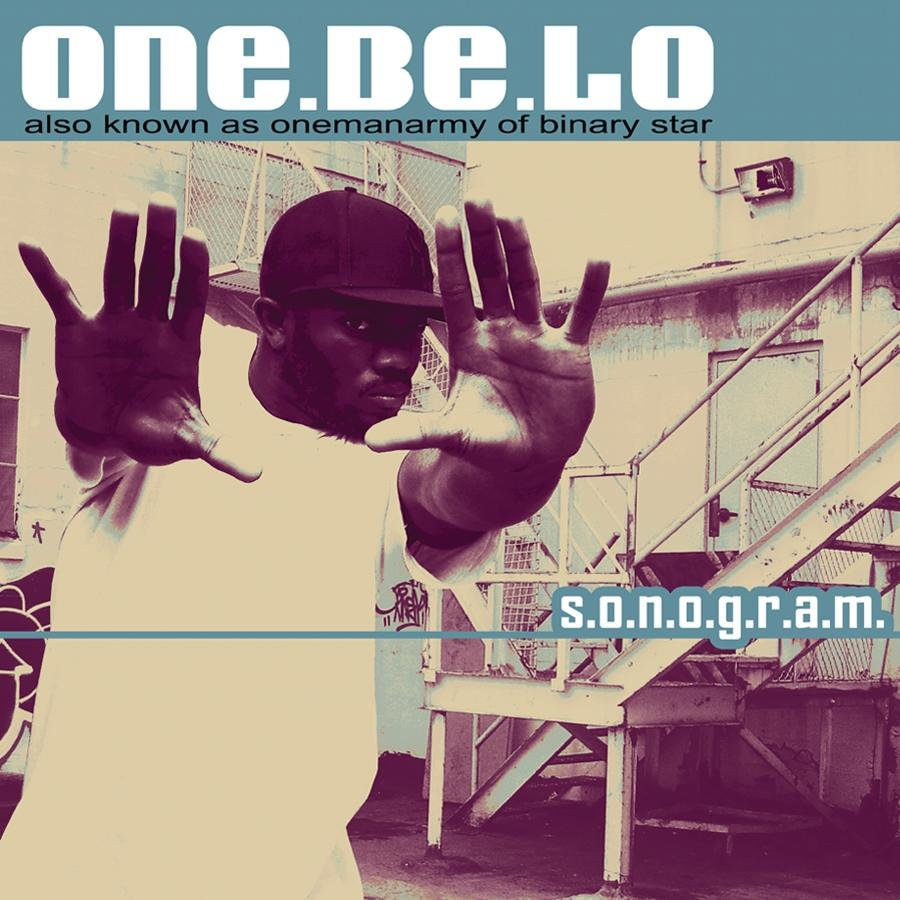 One Be Lo is best known for being half of Binary Star, under which name he and his Binary Star partner Senim Silla dropped the underground gem Masters Of The Universe in 2000. He has released a bunch of excellent solo albums as well, and this one is the best of them all.

S.O.N.O.G.R.A.M. stands for Sounds Of Nashid Originate Good Rhymes And Music, a title true to the content of the album: more than twenty tracks and pretty much all worthwhile, with One Be Lo cleverly and skillfully exploring a wide variety of topics over consistently superior musical backdrops – this is pure and uncut Hip Hop by a true emcee. 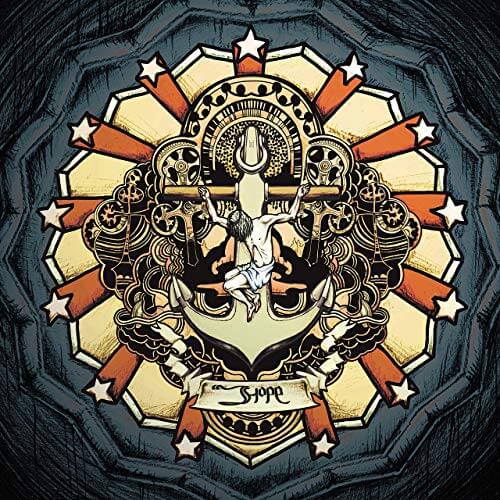 Sandwiched between two excellent solo-albums – Personal Journals (2002) and Healthy Distrust (2005) – Providence, Rhode Island emcee Sage Francis dropped Hope, under the name Non-Prophets, a collaboration between himself and producer Joe Beats. Joe Beats handles all production duties on Hope, which adds to the strength of the album – ensuring a musically cohesive and consistently dope sound throughout. Sage Francis’ lyrics are somewhat lighter on Hope than on most of his solo-albums, less deep and less personal, but still as intelligent and thought-provoking as always. 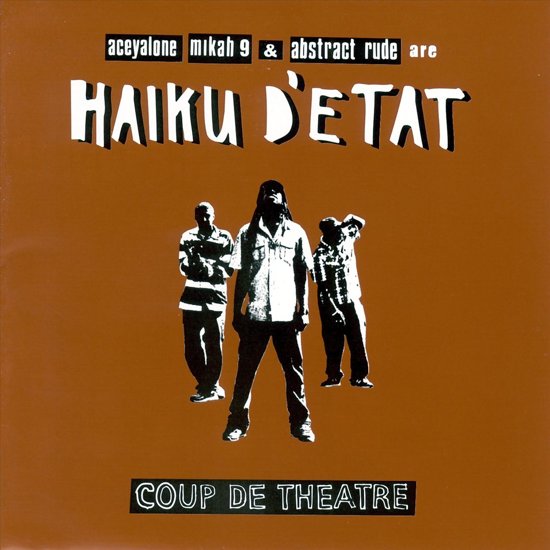 Coup de Theatre is the second studio album Haiku D’Etat – a trio featuring West Coast underground legends Aceyalone and Myka 9 of Freestyle Fellowship and Abstract Rude of Abstract Tribe Unique. All three members are heavily affiliated with Project Blowed, Aceyalone and Abstract Rude being co-founders. The name “Haiku D’Etat” is a portmanteau of haiku and coup d’état, meaning something akin to a musical revolution or a “poetic takeover” as one of their songs puts it.

Haiku D’Etat released their first album Haiku D’Etat in 1999, an excellent album that went criminally unnoticed. Coup de Theatre is even better – more focused and more cohesive – and just as slept on. If you’re looking for jazzy, soulful Hip Hop with lyrics from top-tier emcees – look no further, Haiku D’Etat is for you. 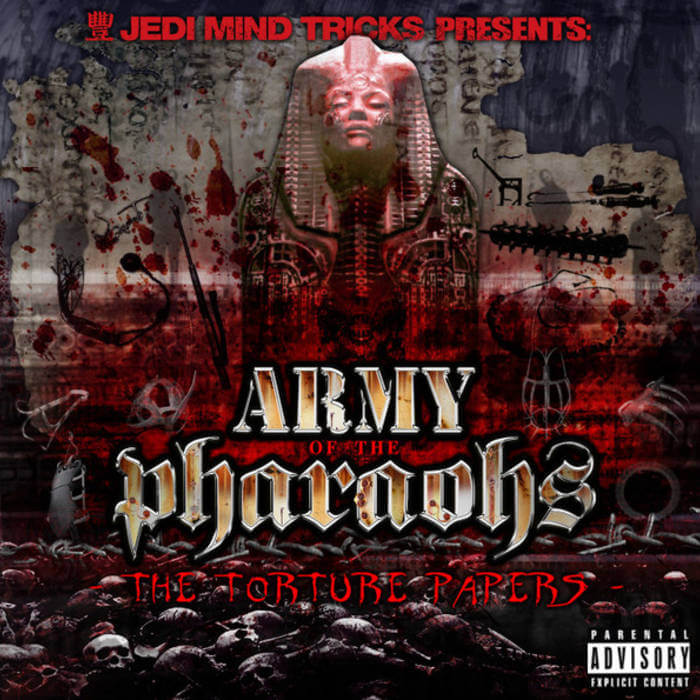 The Torture Papers is the debut album by underground Hip Hop collective Army of the Pharaohs, released in 2006 after years of anticipation. The crew was established in 1998 by Jedi Mind Tricks frontman Vinnie Paz, and originally featured Jedi Mind Tricks, Chief Kamachi, 7L & Esoteric, Virtuoso, and Bahamadia. Virtuoso and Bahamadia later split from the group. When The Torture Papers was recorded, AOTP consisted of Paz, Kamachi, 7L & Esoteric, Apathy, OuterSpace, King Syze, Reef the Lost Cauze, Des Devious, Celph Titled, and Faez One.

The single “Battle Cry” is a standout track on The Torture Papers –  an all-out insane rap-fest with nine emcees spitting bars over a great beat with violins and bass. Other highlights include cuts like the title track, “Feast of the Wolves”,  “King Among Kings”, “Gorillas”, “Henry the 8th”, “Pull The Pins Out”, “Tear It Down”, “Into The Arms Of Angels” and “All Shall Perish”.  The Torture Papers is a very strong, well rounded, and complete album and a must-have for all those into hard, underground battle-rap kind of Hip Hop. No doubt one of the best Hip Hop albums released in 2006. 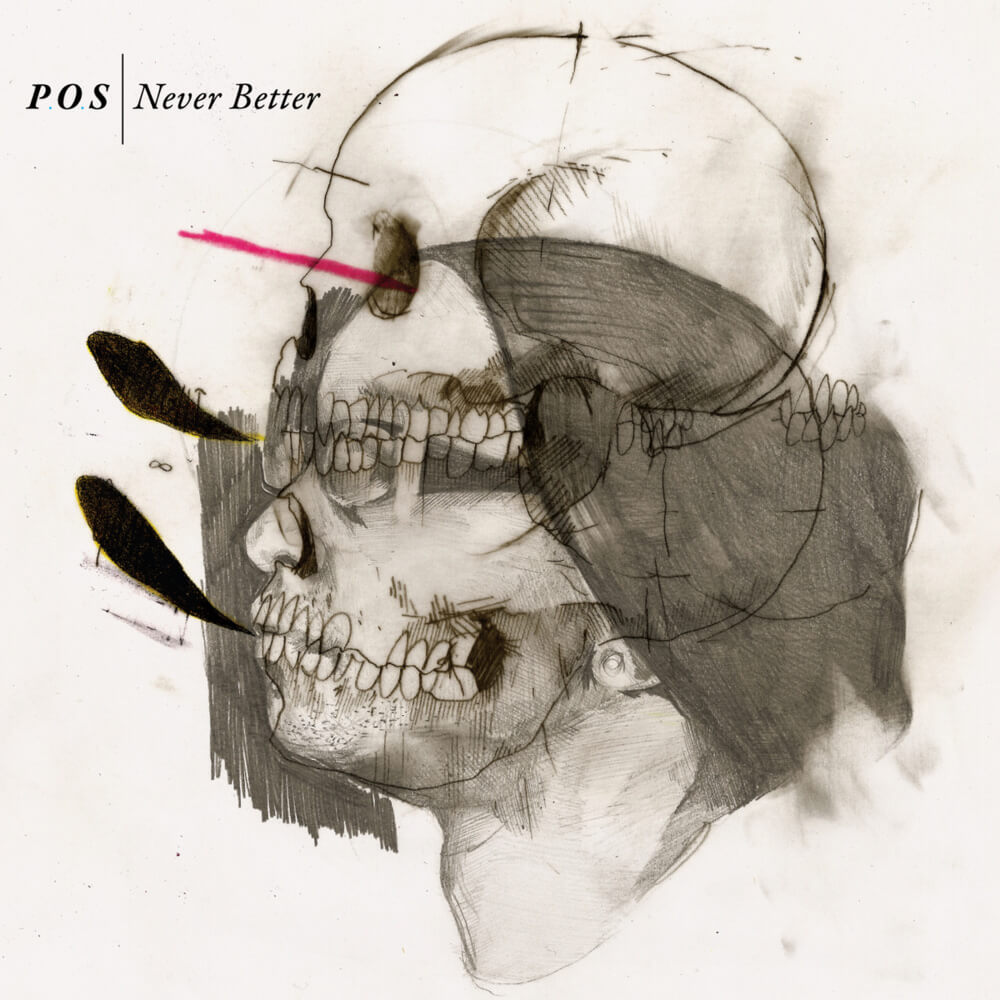 Doomtree’s P.O.S best album? It may be hard to pick one and label it ‘best’, but Never Better certainly is our P.O.S favorite. Every single track on this album is great. Like most other Doomtree projects Never Better may require multiple listens to fully appreciate its brilliance – this is not easily digestible and forgettable bubblegum pop-rap after all.

What Never Better is, is a creative blend of Hip Hop and other musical styles like punk-rock – with P.O.S dropping his challenging semi-abstract, metaphor-heavy but at the same time relatable and accessible lyrics over unique instrumentals.

Take an hour, sit yourself down, play the album from the start to finish and read along to let the lyrics sink in. Or just listen to the emotional “Been Afraid”, or other stand-out cuts like “Goodbye”, “Optimist”, “Purexed” and “Low Light Low Life” (with Dessa and Sims) to get a taste and you will go looking for more P.O.S without a doubt. 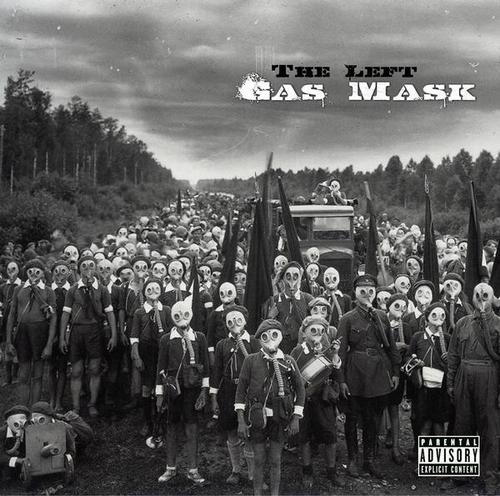 The Left is a 3-man collaboration consisting of rapper Journalist 103, turntablist DJ Soko and producer Apollo Brown. Apollo Brown is the star of the show here, as it is his production-work that steals the show. Journalist 103 is a competent emcee and DJ Soko adds extra flavor with his cuts and scratches – the first track “Change” sets the tone nicely by showcasing the trio’s synergy. At 19 tracks Gas Mask is not a short album but the same level of quality is maintained throughout – this album is a perfect representation of the strength of the Detroit underground. Booming beats and fine lyricism – Gas Mask is a must-have in your Hip Hop folder. 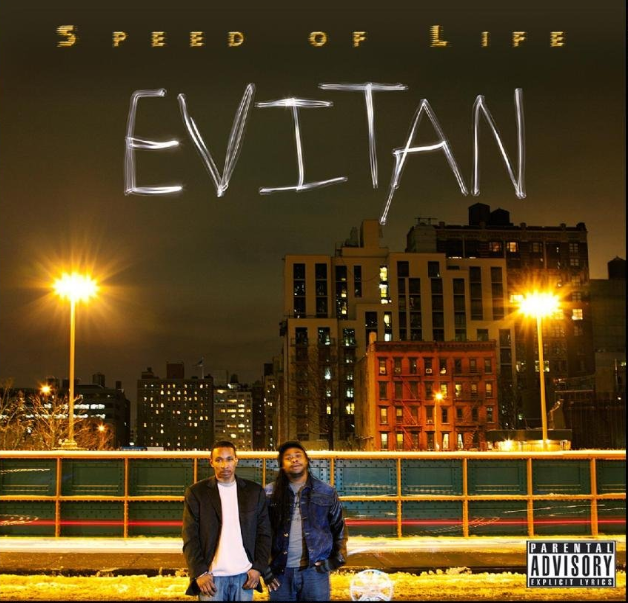 As everybody knows the Native Tongues are responsible for some of the very best albums in Hip Hop history. This album has a Native Tongues stamp , as it is a quarter A Tribe Called Quest and half Black Sheep – Evitan is a duo consisting of Tribe Called Quest’s Jarobi and Black Sheep’s Dres. Evitan is Native spelled backward, so there’s the explanation for the name the duo chose to operate under. Dres’ skills as an emcee have never been in doubt, but most of us never knew what Jarobi is capable of on the mic. On Speed Of Life he proves he has serious skills and bounce as a rapper. Smooth beats and great rhymes – also by guests like Rah Digga, Craig G, Sadat X, Havoc, Punchline, and others – this is a well-rounded Hip Hop album that deserves more recognition than it got. 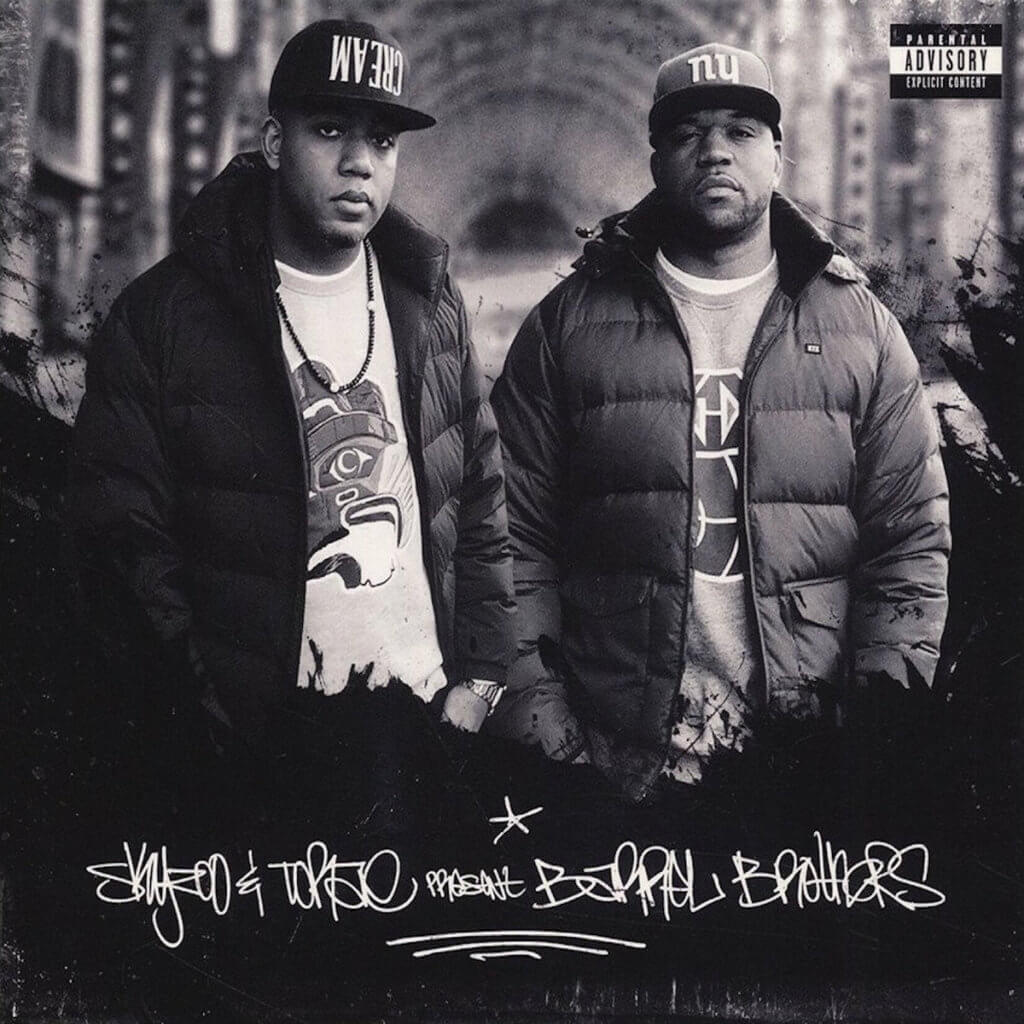 Skyzoo and Torae knocked it out the park with this long-awaited collaboration. The album features guest appearances from Blu, Sean Price, Sha Stimuli, Livin Proof, and Guilty Simpson. Raw, NY boom-bap production was provided by DJ Premier, Illmind, Black Milk, Jahlil Beats, Oh No, and AntMan Wonder amongst others. Both Skyzoo and Torae brought their A-game to the table, as is evident in the quality of bars and hooks. Great beats, great lyrics and great chemistry that makes Barrel Brothers a sleeper classic. 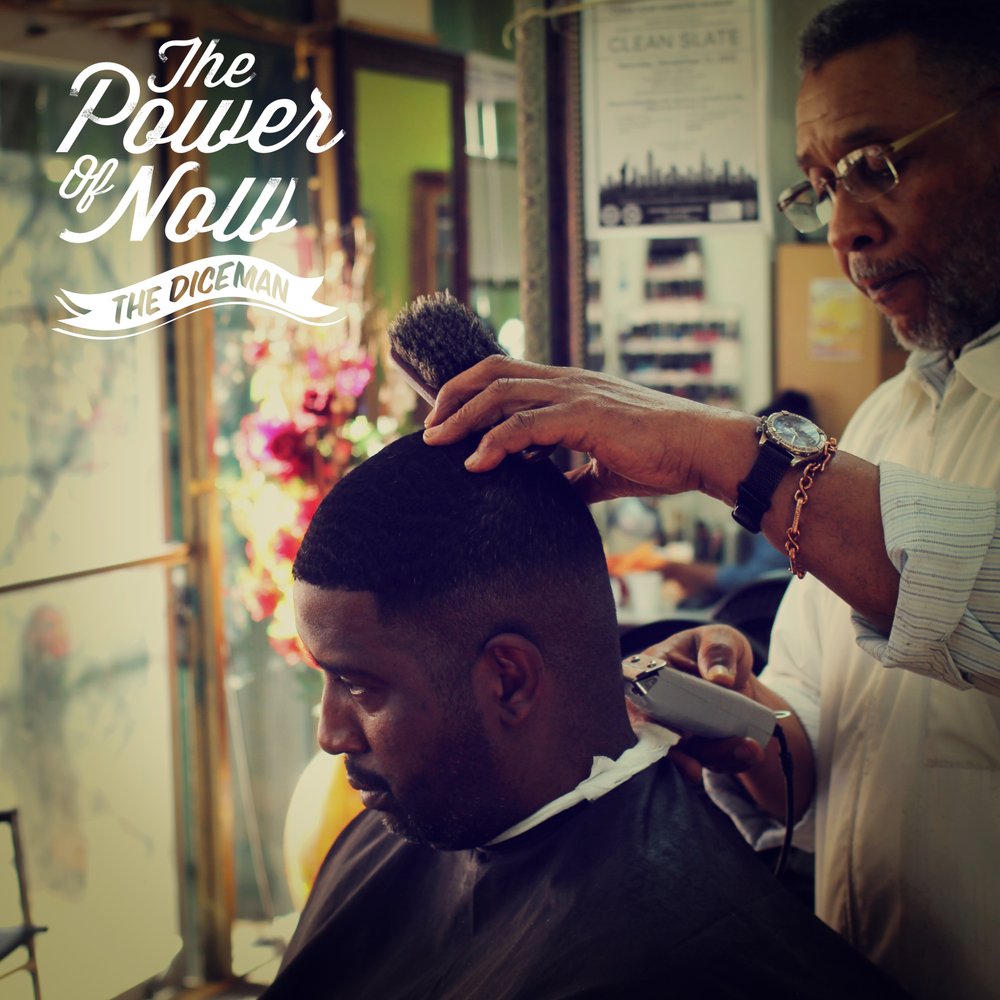 One of 2018’s most underrated albums, The Power Of Now ranks high on our favorite album list of that year. The Diceman is part of Bronx-crew The Legion – a veteran emcee and a rapper’s rapper. Supported by flawless production from start to finish, Diceman managed to fly so far under the radar with this album that even most true heads missed out on it. It’s never too late to catch-up though – go on and check out one of 2018’s hidden treasures: