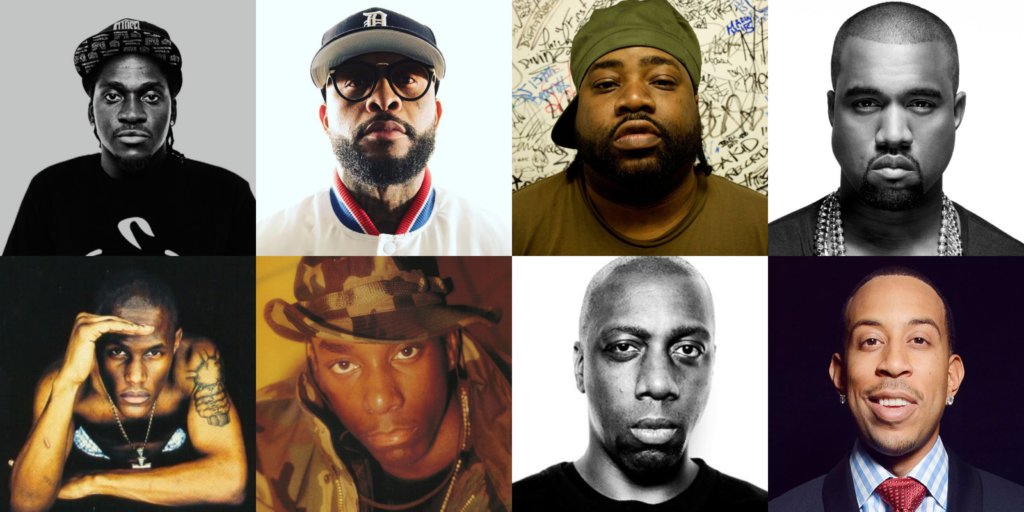 Nowadays Hip Hop might be more about who can mumble the hardest and show off the largest chains. But there used to be a time where rappers were assessed on their lyrical battling skills and an MC whose punchlines didn’t hit quite hard enough, would be considered wack by a unanimous vote of the fans. Let’s take a look at some of the hardest punchline rappers of all time, whose creativity and clever writing skills produced legendary verses we all still nod our heads to. 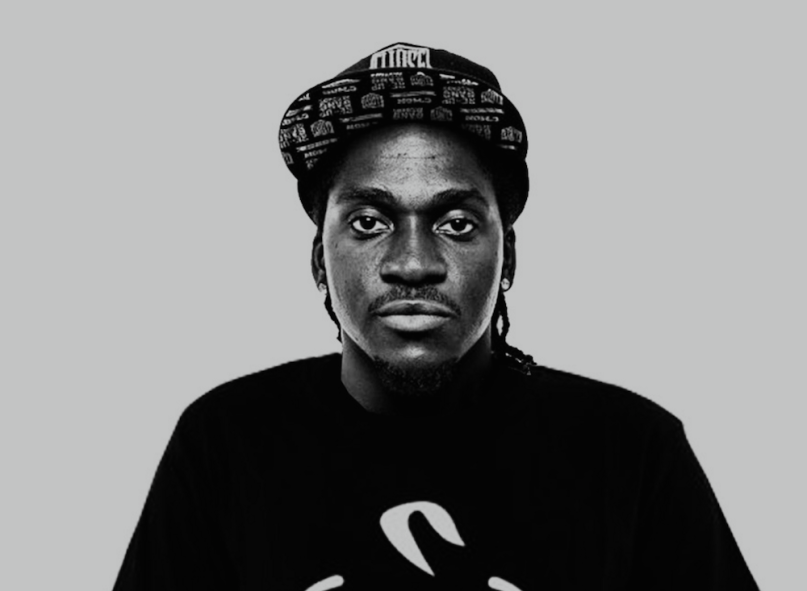 Hip Hop fans love to hear the story how he came up going ‘blow for blow with any Mexican’. Pusha built an underground rap empire on selling bricks and that remains a recurring topic in almost any song he drops. However often though, with clever wordplay he keeps things fresh; comfortably residing in the underground, but delivering hard enough to have his head pop up mainstream on a steady basis.

There’s not many battle-rap threads where Pusha T is not praised for his punchlines and that’s no surprise: when your skills are that good that even celebrities like Drake fall victim, it becomes clear that no one in the ring is safe when King Push throws a punch. 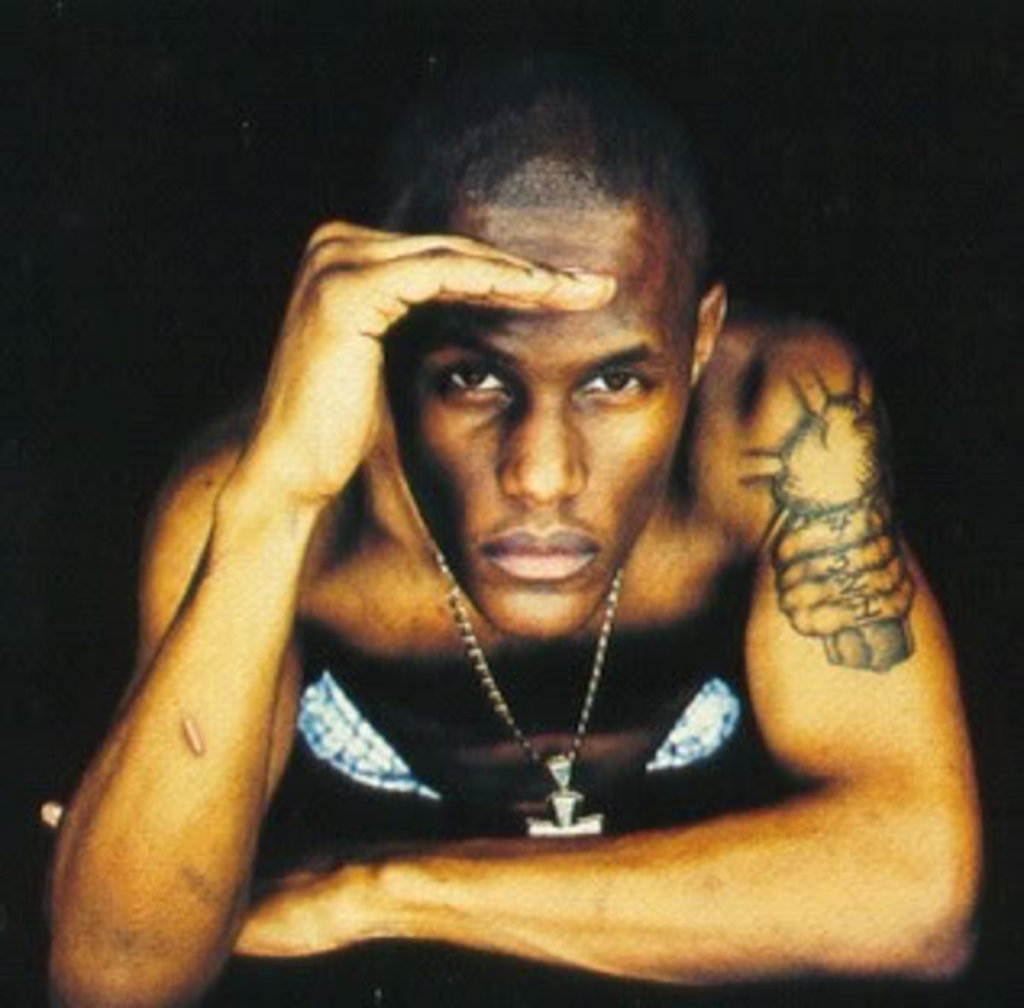 From the aftermath of dropping a failed commercial debut album in the ’90s, up until very recently – when he inexplicably decided to pull out a notepad during his infamous rap battle with Dizaster – Canibus was a well respected underground Hip Hop monster, not afraid to come after whoever challenged him with ferocious bars.

In particular, he’s been praised for his scientifically twisted lyrics, leaving most in awe trying to even keep up with his flow. This naturally lead to some of the most mind-boggling punchlines ever heard in Hip Hop, most of which ‘Bus dropped in his early 2000’s prime.

“Bury me at the beach, if the sea is out of reach, cause when I speak, what’s fluid, becomes concrete” 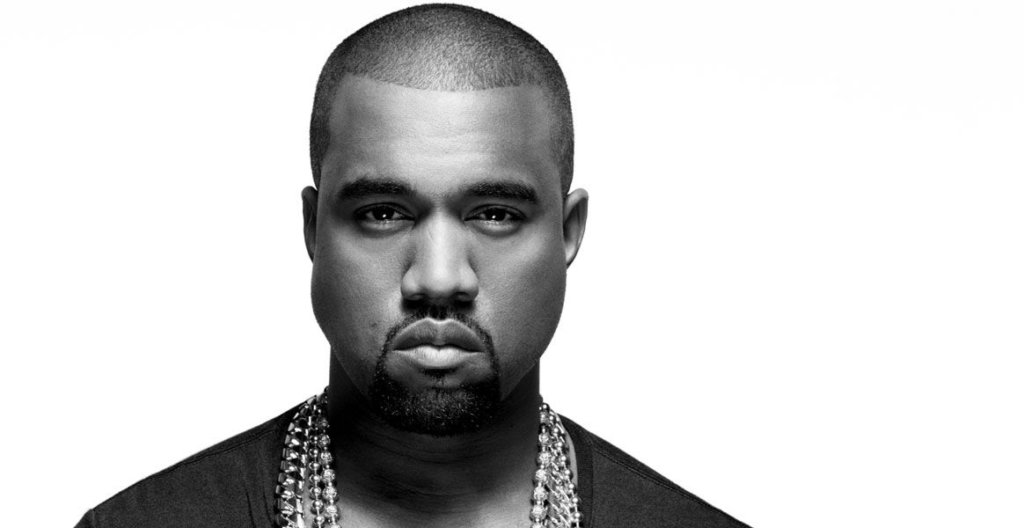 A lot can be (and has been) said about Ye. It seems you either like him, hate him with a passion or – as most Hip Hop heads do – like only some of his older stuff (or at least his sampling skills on there). But no matter how you put it, when listening back to West’s lyrics on some of his most hardcore songs, one cannot help but notice the amount of cleverly designed punchlines that he has dropped over the years.

Mostly indeed in his mid-to-late 2000’s work, Kanye dropped bars that flawlessly described the struggle of himself as a young, rich artist, caught in between the lines of moral dignity and, well, spending tons of freshly earned money. Some of the best punchlines Yeezy wrote wholeheartedly acknowledge his sinning in women and jewelry, and whilst dabbled in arrogance, those bars hit home hard enough to be respected even by those who couldn’t directly relate to the Chicago rapper. Kanye West will have you shake your head, be it in a good or a bad way. But at least we can agree on one thing: his rhymes did and still do make you think hard.

“Does he write his own rhymes, well sort of, I think ‘em / That mean I forgot better shit than you ever thought of” 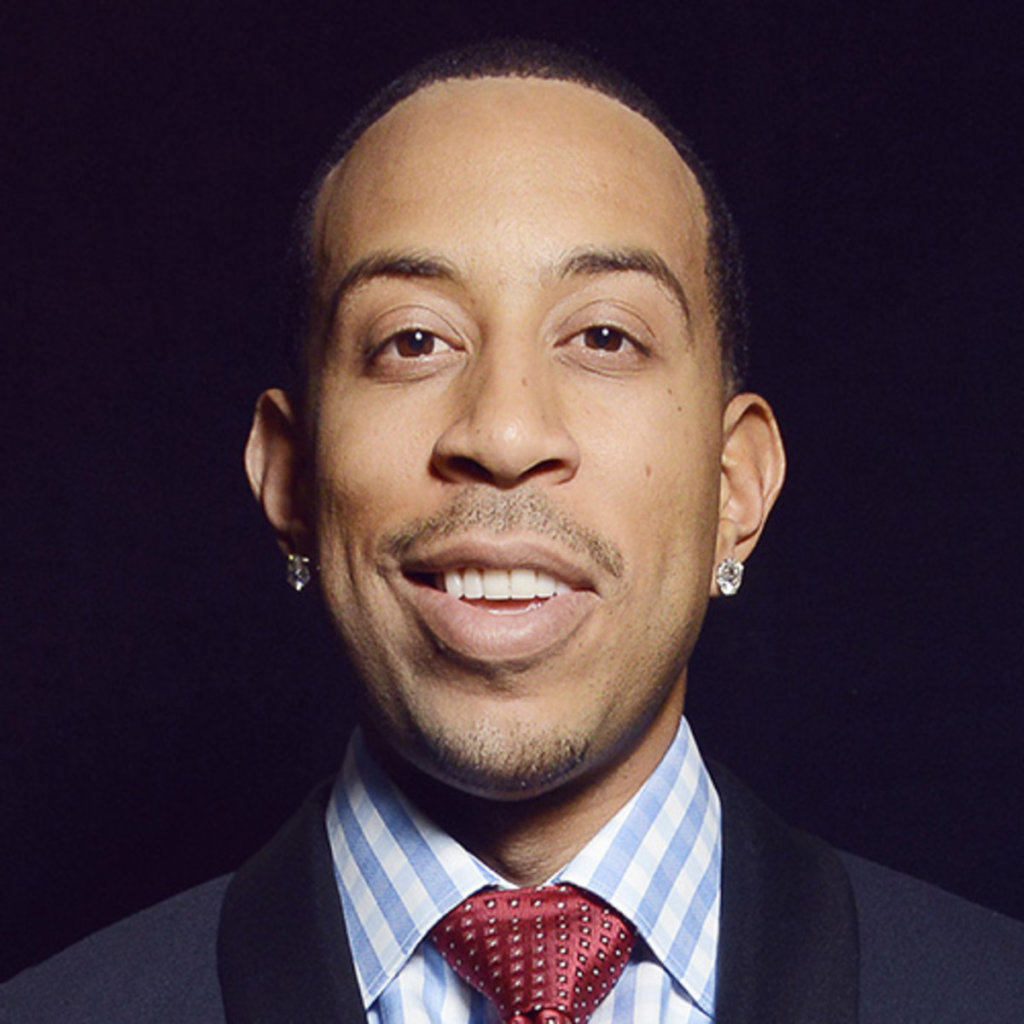 Although many know him only for the (kinda) corny songs he dropped that got him famous at the beginning of his career, Ludacris is definitely not one to mess with on the mic. Countless times he’s proven that his catchy, satirical flow can also be used to fire battle rhymes. In fact, any track that Luda is featured on, he’s bound to take the spotlight from his peers, using clever raps that outpace most other MC’s in the game.

Luda’s best punchlines came forth when he was in the presence of the raw and grimy; rappers such as The Game and Snoop Dogg. On these tracks, his ‘ludicrous’ persona melted seamlessly with that thuggish street sound, producing some of his hardest verses – perhaps even better than those on his own source material.

“Swoosh! On that Cali kush, smoking like a muffler  / So many red flags I coulda swore I was in Russia / Game! I got the fame and the fortune, Compton is scorchin  / Get rid of bullets, my gun keeps havin abortions” 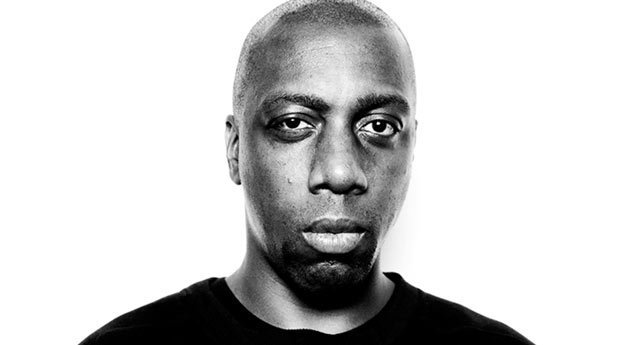 Arguments can be made for any of the original Wu-Tang members to be on this list. The revolutionary Staten Island collective had the whole 90s Hip Hop scene locked in place with their raw, punchline filled tracks. But whereas most members of the crew would go on to be cemented in Hip Hop history for other reasons, such as their critically acclaimed storytelling (GZA), commercial solo success (Method Man) and ground-breaking influence on Hip Hop culture (RZA), one clan member to this day still, is known for all but his incredibly complex, ice-cold bars.

Inspectah Deck was one of the founding affiliates of the Wu-Tang act, and although he never lived up to the promise of a relevant solo-career, when with the clan, he never failed to deliver. On the first two Wu-albums, Deck was undeniably on a quest to drop some of the most ferocious punchlines ever heard in Hip Hop. One can argue that with his opening verse on the group’s “Wu-Tang Forever” lead song “Triumph”, he may have succeeded in doing just that. 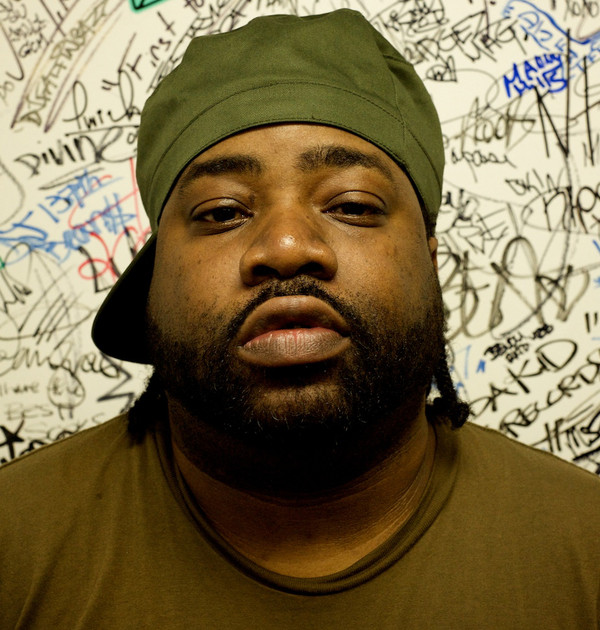 Only true Hip Hop heads know about Lord Finesse. That’s because he has resided in the underground for the entirety of his career and even there, it has proven difficult to find many records with his vocals on it. Although he did play a vital role, of course, in producing many of the Hip Hop Golden Age’s classics, seldom was it Finesse himself who took the stage.

Off-track though, the battle mic was all his. Notorious for his cold bars and word-play, Lord Finesse stood at the epicenter of the birth of battle rap, and without his contribution to 90s Hip Hop and freestyling, punchlines would definitely not be where they are today.

(Finesse dropping punchline after punchline in this one) 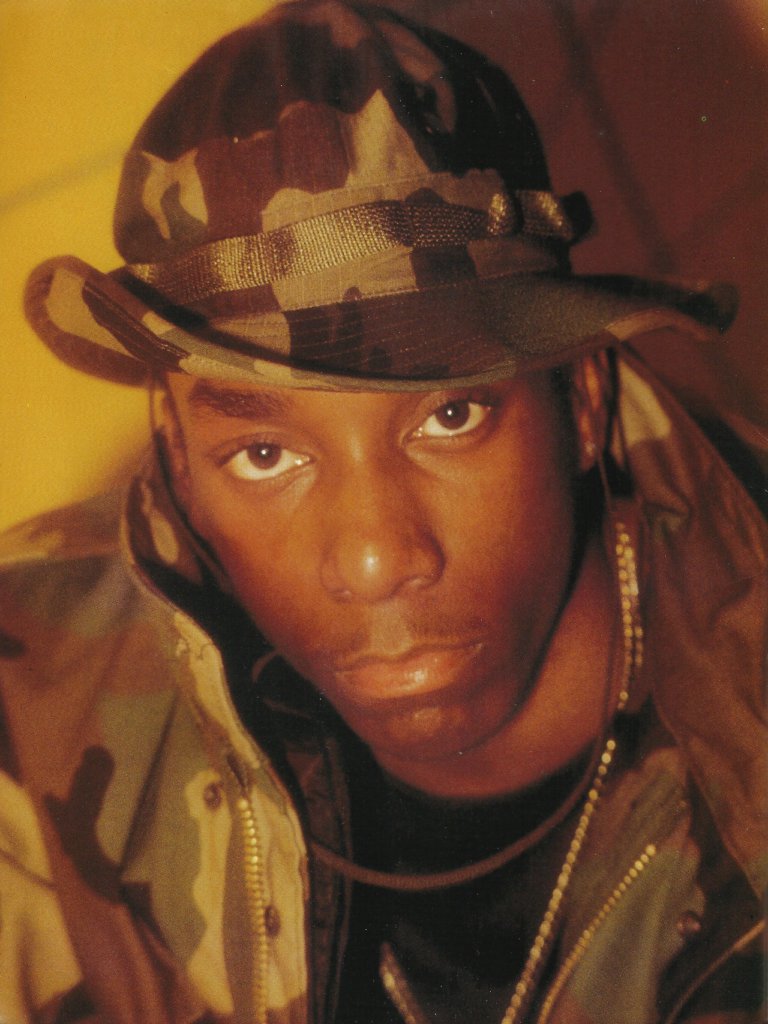 You cannot talk punchlines and leave out L. If you’re a fan of battle rap, it’s almost certain that Big L is on top of your list or at least top 5.

Whether on a track or freestyling, L always sounded hungry to drop those gritty, street-clever bars that only he could come up with, going punchline for punchline endlessly and doing it fast too. It would be difficult to name a rapper even today, that has come close to producing the type of slick battle rhymes that Big L was notorious for spitting in the nineties.

Unfortunately, we all know how L’s tenure on the mic ended prematurely, with him sadly falling victim in a murder case that turned out to be a misunderstanding in the first place. But his short-lived reign at the top of battle rap was more than enough for Big L to forever be remembered as one of, if not the best punchline rapper in history.

“Before I buck lead and make a lot of blood shed / Turn your tux red, I’m far from broke, got enough bread / And mad girls, ask Beavis, I get nuttin Butt-head” 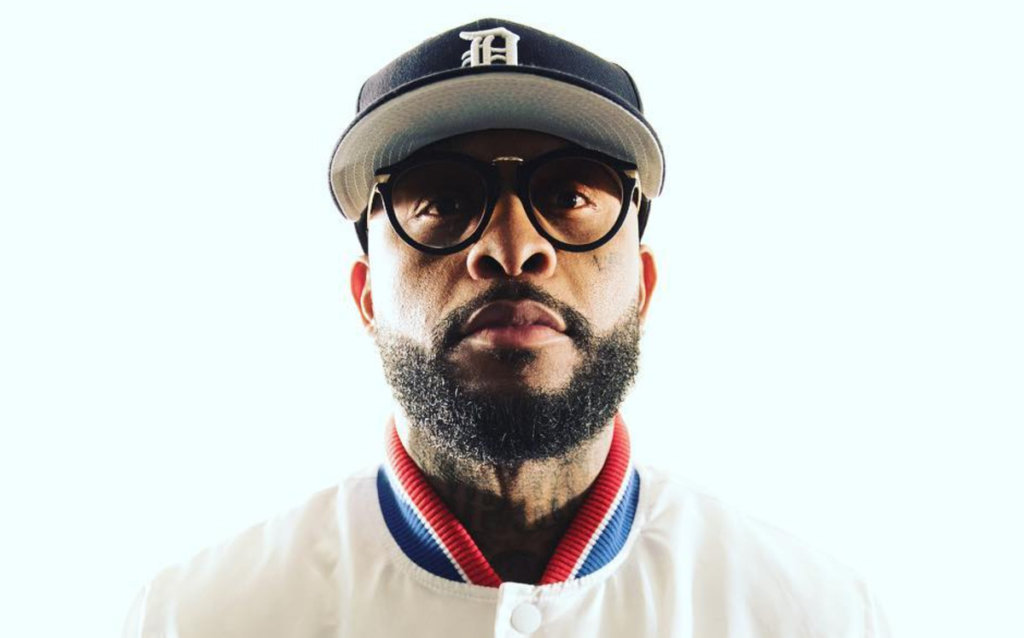 If Big L was the punchline king of the 90s, then Royce da 5’9” holds the crown today. Having a long career on the mic behind him already, Royce captured the game from a young age with lyrics complex enough to quickly garner underground respect. And that, combined with his catchy flow, ensured him of more than a fair share of commercial success.

He is perhaps the most successful rapper to build his career entirely around clever lyricism and battle-ready bars. And as if with fine wine, his punchlines with age only seem to get better and rawer. In recent years, Royce decided to team-up with 90s legend DJ Premier. The duo – known as PRhyme – have been bringing out banger after banger and when you listen to Royce da 5’9”s punchlines over a perfectly sampled Premo-beat, it really does take you back to those Hip Hop Golden Age days.

“How you looking like beef jerky, beefing in every verse / But never beefing in person? Randy Savage  / You wouldn’t snap a slim Jim / You wouldn’t rip a wrapping on Christmas in Santa’s attic / With the hands of Eddie Scissors, ain’t you average?”

Bankrow (real name: Branko) is a 25-year-old Hip Hop producer and enthusiast. Born and raised in the Netherlands, he's a true Hip Hop head who loves reminiscing about the old school, but also stays very up to date w…

The 5 Most Influential Lyrical Rappers Of All Time