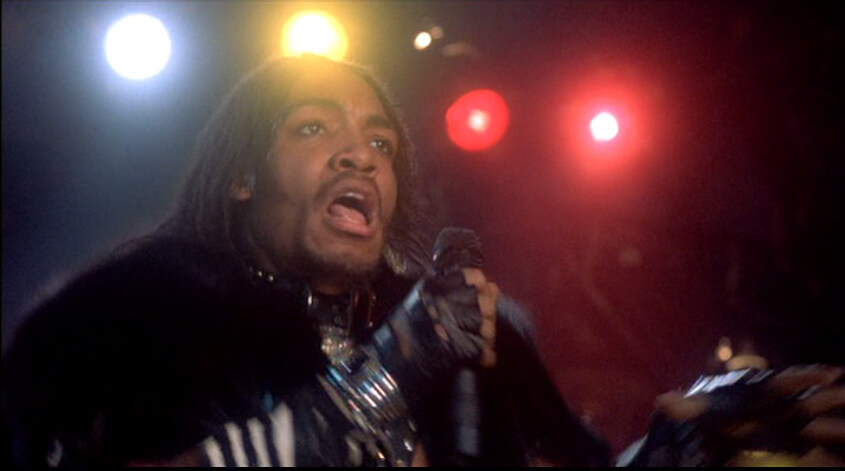 Bronx-native Melvin Glover, better known as Melle Mel, was the face of one of the most influential Hip Hop groups of all time: Grandmaster Flash & The Furious Five. Melle Mel served as the main rapper of The Furious Five, and was an integral verse-writer and song-writer for the group. The group got together in 1978, when Mel was just 17 years old, and quickly debuted with 1979’s “Superrappin’”. The group would drop a slew of singles between 1980 and 1982, and would quickly become the best-known group in Hip Hop.

Melle Mel was responsible for some of the first socially and politically charged lyrics in Hip Hop, and as such a hugely influential emcee, not to mention one of the best to ever do it. To commemorate Melle Mel’s significance in Hip Hop history, we have selected 5 of his very best verses. Enjoy! 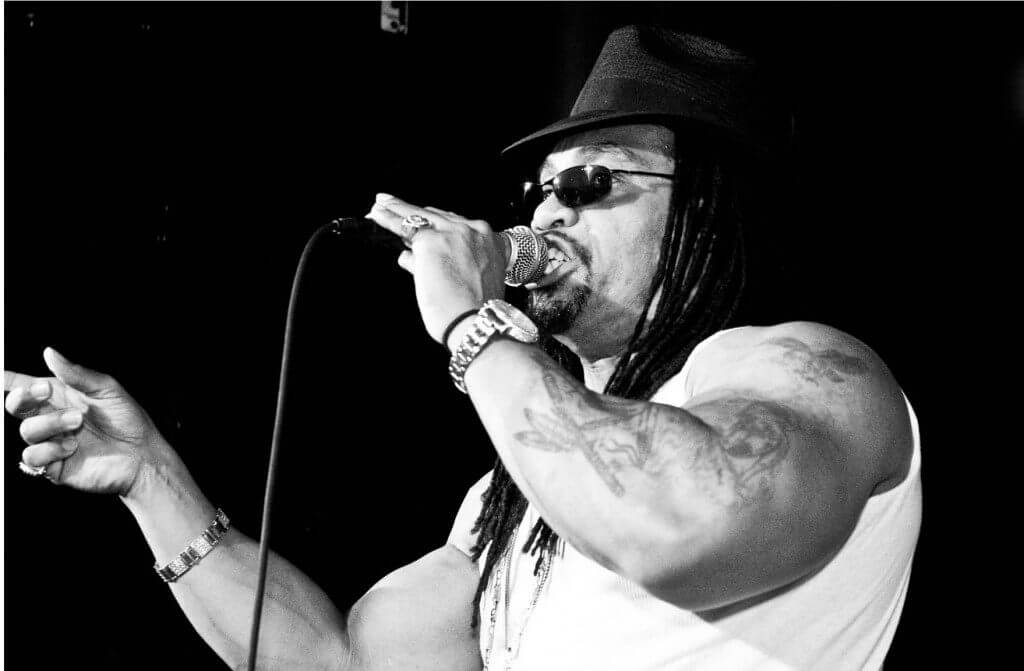 The whole song is monumental, with the last verse arguably being one of the best ever recorded.

A child is born with no state of mind
Blind to the ways of mankind
God is smiling on you, but he’s frowning too
Because only God knows what you’ll go through
You’ll grow in the ghetto living second-rate
And your eyes will sing a song called deep hate
The places you play and where you stay
Looks like one great big alleyway
You’ll admire all the number-book takers
Thugs, pimps and pushers and the big money-makers
Driving big cars, spending twenties and tens
And you’ll wanna grow up to be just like them, huh
Smugglers, scramblers, burglars, gamblers
Pickpocket peddlers, even panhandlers
You say “I’m cool, huh, I’m no fool.”
But then you wind up dropping outta high school
Now you’re unemployed, all null and void
Walking ’round like you’re Pretty Boy Floyd
Turned stick-up kid, but look what you done did
Got sent up for a eight-year bid
Now your manhood is took and you’re a Maytag
Spend the next two years as a undercover fag
Being used and abused to serve like hell
‘Til one day you was found hung dead in the cell
It was plain to see that your life was lost
You was cold and your body swung back and forth
But now your eyes sing the sad, sad song
Of how you lived so fast and died so young, so…

Don’t push me, ’cause I’m close to the edge
I’m trying not to lose my head
It’s like a jungle sometimes
It makes me wonder how I keep from going under… This poignant track details the poverty, hopelessness, and nihilism of urban New York City in the early eighties. Classic verses by Melle Mell and Duke Bootee, with Melle Mel’s last being especially epic.

A baby cries and a mother dies
And the tears fall from the doctor’s eyes because
In this room, on this day
The Good Lord has giveth, and taketh away, huh
The gift of life really means a lot
And in the ghetto your life is all you got
So you take to the streets, tryin’ to exist
In the trash and slime of a world like this
What you watch, on TV
A tells you what life is supposed to be
But when you look outside the only thing you see
Is the poverty stricken, reality, heh
Abandoned places, angry faces
Much hate and hunger throughout the races
You say, “I’m grown and I’m on my own
So why don’t everybody just leave me alone!”
Now you stay at home, talkin’ on the phone
Doin’ ninety miles an hour in the fifty-mile zone
They never took the time to tell you bout sex
So you had to learn about it in the discotheques
Nine months later, the baby is there
And the nigga that did it said, “I don’t care!”
You don’t have enough money to help feed two
So you have to choose between the baby and you
The sky was cryin’, rain and hail
When you put yo’ baby in the garbage pail
Then you kissed the kid and put down the lid
And you tried to forget what you just did, huh
The muffled screams of a dying baby
Was enough to drive the young mother crazy
So she ran in the rain tryin’ to ease the pain
Huh huh, and she drove herself insane Another Melle Mel song for marketing purposes billed as if Grandmaster Flash had something to do with it (“Grandmaster & Melle Mel), when in fact that was not true.

One of Melle Mel’s biggest hits, this cautionary anti-drugs song is as relevant as ever, even if it was recorded during the height of the crack cocaine epidemic that was destroying whole inner city communities in the early eighties.

Tell all your friends they can go my way
Pay your toll, sell your soul
Pound for pound costs more than gold

The longer you stay, the more you pay
My white lines go a long way
Either up your nose or through your vein
With nothin’ to gain except killin’ your brain From the soundtrack of “Beat Street”, the classic 1984 film about New York City’s Hip Hop culture, this is another epic Melle Mel track with some of the best bars in Hip Hop history, most notably in the second verse.

A newspaper burns in the sand
And the headlines say ‘Man Destroys Man’
Extra extra, read all the bad news
On the war for peace that everybody would lose
The rise and fall, the last great empire
The sound of the whole world caught on fire
The ruthless struggle, the desperate gamble
The game that left the whole world in shambles
The cheats, the lies, the alibis
And the foolish attempts to conquer the sky
Lost in space, and what is it worth?
Huh, the President just forgot about Earth
Spendin’ multi-billions and maybe even trillions
The cost of weapons ran in the zillions
There’s gold in the street and there’s diamond under feet
And the children in Africa don’t even eat
Flies on their faces, they’re livin’ like mice
And their houses even make the ghetto look nice
Huh, the water tastes funny, it’s forever too sunny
And they work all month and don’t make no money
A fight for power, a nuclear shower
A people shout out in the darkest hour
Sights unseen and voices unheard
And finally the bomb gets the last word
Christians killed Muslims and Germans killed Jews
And everybody’s bodies are used and abused
Huh, minds are poisoned and souls are polluted
Superiority complex is deep rooted
Leeches and lices, and people got prices
Egomaniacs control the self-righteous
Nothing is sacred and nothing is pure
So the revelation of death is our cure
Dachau Auswich, Hiroshima
A Vietnam Leningrad Iwogima
Okinawa, Korea, the Philippines,
Devastation death against the killing machine
Peoples in terror, the leaders made an error
And now they can’t even look in the mirror
Cause we gotta suffer while things get rougher
And that’s the reason why we got to get tougher
So learn from the past and work for the future
And don’t be a slave to no computer
Cause the children of Man inherit the land
And the future of the world is in your hands
So just throw your hands in the air
And wave em like you just don’t care
And if you believe that you’re the future
Scream it out and say oh yeah (Oh yeah)
Oh yeah (Oh yeah)
Rrrrhaa! Perhaps a little less known than some of his other tracks, “World War 3” nonetheless stands as one with some of Melle Mel’s best lyrics. During Ronald Reagan’s early presidency, with the Cold War still a reality and Reaganomics influencing poor (black) communities in not necessarily a positive way, Melle Mel’s vision of humans, the state of mankind and nuclear doom surely struck a note.

Between the boundaries of time and space
Was the planet earth and the human race
A world alive and centuries old
With veins of diamonds, silver, and gold
Snow capped mountains overlooked the land
And the deep blue sea made love with the sand
Full grown strands of evergreen hair
Kissed the sky with a breath of air
Where exotic fish once swam in the sea
And the eagles soared in the sky so free
But the foolish clan that walked the land
Was the creature, that they called man
They’re cannibalistic, paranoid fools
Tricking each other with games and rules
Training their men to kill and fight
Moving and steering their mechanized might
Only thought that man had in mind
Was to conquer the world and the rest of mankind
And with the thought that they were right
They gave you permission to take a man’s life
The ones you killed fought just as hard
Then you even had the nerve to pray to god
But god don’t wanna hear all your mess
When you ain’t the one that he laid to rest
The devil’s children with no disgrace
Crushed and killed the human race
While they got rich off the games and war
What in the hell were you fighting for
A silly ass metal, a stupid parade
For all those innocent people you slayed
And after that, you couldn’t even get a job
Cause fighting that war made you a slob
A sergeant and major, a corporal, lieutenant
Titles and positions were all invented
You, and me, and all this mess
Are just a bunch of pieces in a game of chess
It’s all the same, a third world war
A blood-thirsty massacre just like before
It’s genocide, three billion tears
Feeding on a war every twenty years
Then one day we heard the sound
Of the whole damn world tumbling down
Just one big boom, and what do you know
The world is a ghetto, high and low
Crumbling buildings all around
Man’s creation burned to the ground
Chaos, panic, fear and pain
Days of radioactive rain
Grotesque figures burned alive
Miraculously seem to survive
Everything of reality is the science fiction on TV
Mutant dog and saber-toothed rats
Eat men with guns and baseball bats
The dead won’t die, the rude won’t cry
And everybody’s asking the question “why”
Until swarms of millions walk from the city
And thousands more went underground below
With their head held down in their own pity
Wondering where they do not know
Cause in this game we had a chance
But we blew it for cheap thrills and romance
Maybe one day we’ll get another play
But until then remember what I say – The Light Podcast: Grandmaster Flash and The Furious Five