The song is semi-autobiographic, rags-to-riches tale, with the first two verses detailing Kool G Rap’s youth living in poverty and his life before becoming a successful rapper. The third and final verse warns of the dangers of living a life of crime. In a 2014 interview, G Rap stated that some parts of the song were true, such as him working a low-paying job in a Key Food supermarket and selling crack cocaine, while others, such as his father being a drug dealer, were fictional.

“Road to the Riches” was Kool G Rap & DJ Polo’s first music video. The video begins with G Rap sitting with his young nephew on his lap, and the boy tells him, “Uncle G Rap, when I grow up, I want to be a rapper and a gangster, just like you”. G Rap discourages him, however, saying “no, no, see, you can be a rapper but can’t be a gangster. You don’t want to be a gangster”. The next scene is in media res and shows Kool G Rap & DJ Polo in a courtroom being sentenced by a judge. The rest of the video depicts them as powerful drug dealers, committing various violent crimes, before they are arrested in an undercover police sting and the video ends again with the courtroom scene, as they are led away to prison. (Wikipedia) 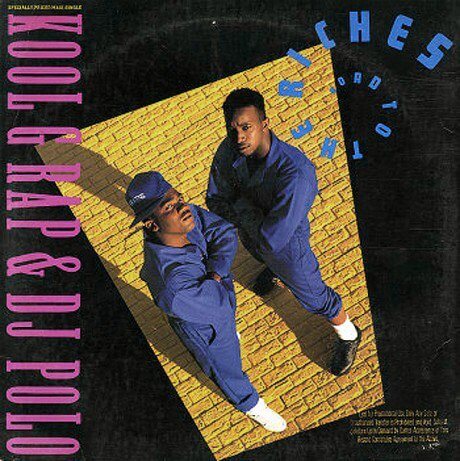