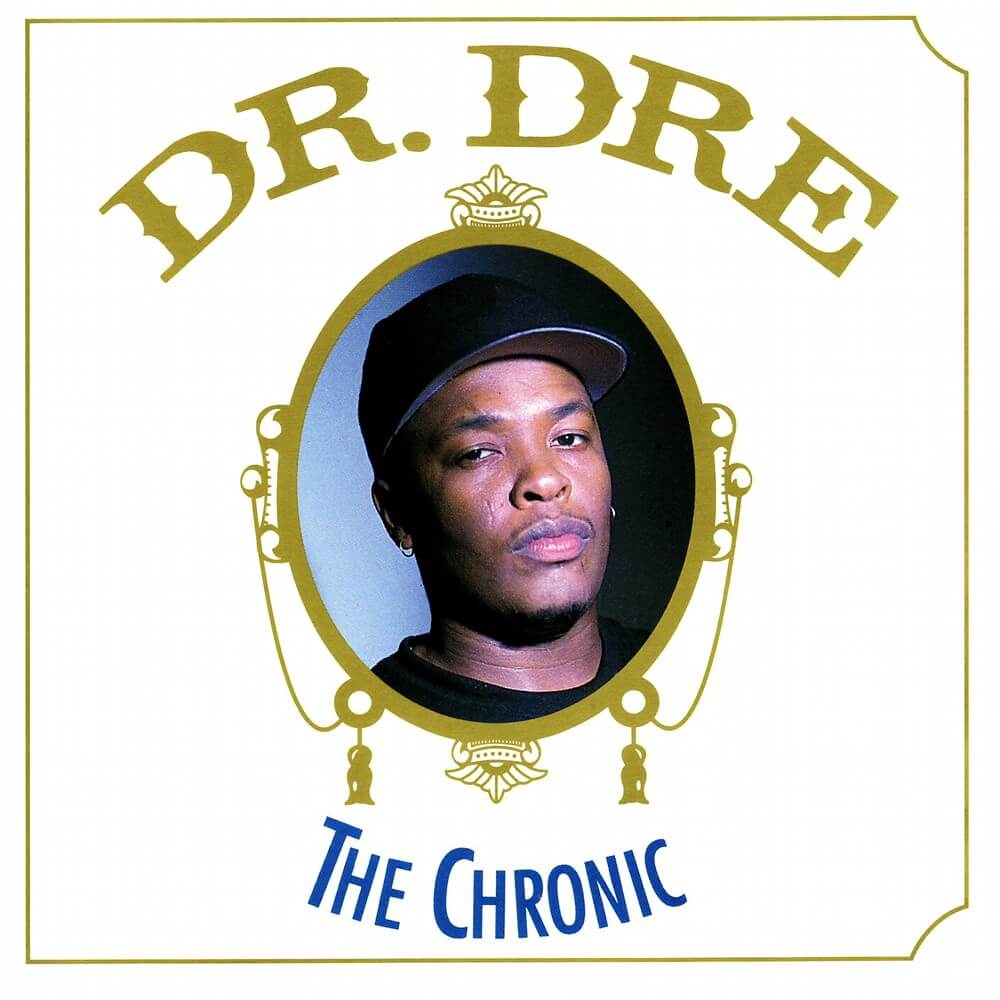 The Chronic is a paradox.

It was a mainstream pop success cobbled from the pieces of an underground sound. It paired the grooves of a dance party with the brutality and hate of a street fight. It emulated the meticulous design and studio proficiency of ambient composers, but was best heard as the passing thud of a low rider’s sub-woofer.

Yet, its wealth of contradictions only made its influence more profound. Never before had Hip Hop sounded this grandiose, taking on the emotional heft and depth of a motion picture soundtrack, replete with cinema’s storied anti-heroes and penchant for glorified violence.

At the center of this story of revenge was West-Coast production wunderkind, Dr. Dre, rising from the ashes of N.W.A to dole out slanderous tongue lashings to his critics, contemporaries and ex-bandmates. His ideas unfurl as a tough guy shtick, spoken in choppy half sentences, but convincingly scowled and backed by an army of like-minded agitators, some of which are considerably more proficient on the microphone.

Dre’s best verbal passages come when he avoids keeping up with his teammates, instead relaxing and opining over his lustrous Chevy Impala and penile hubris. Honest about his lack of pretensions, Dre claims “No medallions, dreadlocks or black fists” here, just gangster rap, which lies somewhere between admirable and willfully ignorant. Despite this apolitical stance, many tracks do carry valid arguments for uprising against social injustice, specifically in relation to the Rodney King beatings and the living conditions of South Central Los Angeles. Even the melancholy “Lil’ Ghetto Boy” has a contemplative nature that seems to contradict Dre’s occasionally bleak posturing. 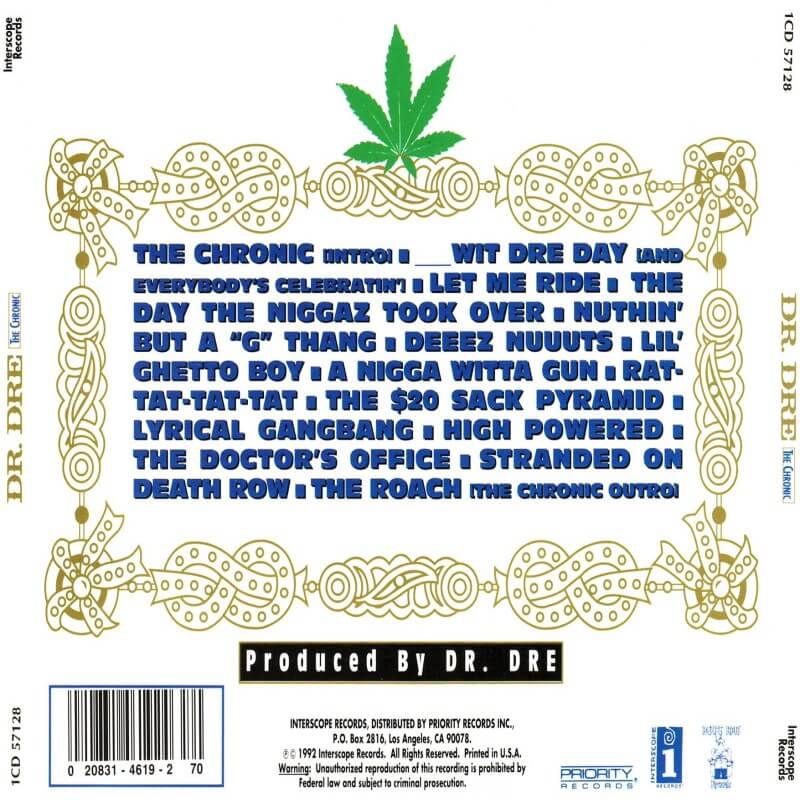 Accompanying Dre on a staggering 11 of 16 tracks is Snoop Doggy Dogg, a gifted and skillful rookie capable of picking up where Dre’s rhyming abilities leave off. Funneling each sentence through his fast and limber voice box, Snoop traffics in “sing-songy” inflection shifts, nonsensical slang and stoned indifference, vocally falling somewhere between reggae patois and schoolyard joshing. If it wasn’t for his diverse portfolio, his flow would come off as a gimmick, but his storytelling is strikingly authentic and one-liners indelible, exceeding the influence of a song and permanently infecting popular culture.

Just as culturally significant was Dre’s pioneering production work, which more than makes up for any inconsistencies in his oratory abilities. Riding on a constant wave of a neon, squealing synthesizer, Dre weaves eerie and menacing tones from otherwise benign elements. His bass lines are tense and husky, reminiscent of the captured din of a boxing match, but slowed to a leisurely, drifting pace. As a contrasting element, exotic and suggestive flute floats into the mix, almost subconsciously, paralleling vintage sex jams from the bedrooms and massage parlors of exploitation cinema. As a binding element, piano pleasantly swirls from speaker-to-speaker, hammering the nail into vinyl’s coffin and solidifying CD’s stereophonic sound.

Taking advantage of these advances in high fidelity, Dre pushes his gassy, self-congratulatory bass lines to the forefront on “F*** wit Dre Day…,” backing them with jovial organ tinkle and plucked guitar string. Posing as an electronic answer to Parliament’s big-bootied funk, Dre adds heavy doses of synthetic horn and orchestral atmospherics, which give the track a celebratory vibe, contrasting the decidedly spiteful and homophobic lyrical content.

This inclination to ridicule the competition into submission may be the only misstep of an otherwise brilliant effort, but where the message fails, the performers succeed. Dre and Snoop exude chemistry while excoriating their enemies and those willing to see past their childish bigotry will find a tremendous confidence in the power of the chosen sonic elements and the overall listening experience. The resulting hybrid of dark, delicate atmospherics and hyperactive soul bounce was jarring enough in its originality to forever alter the face of American music, heightening our expectation for ambitious and daring soundscapes.

Dr Dre – The Chronic was ranked #23 on Matt Deapo‘s Hip Hop Top 50, a ranking of 50 of the best Hip Hop albums recorded between 1978 and 2006, based on this consideration and these rules.