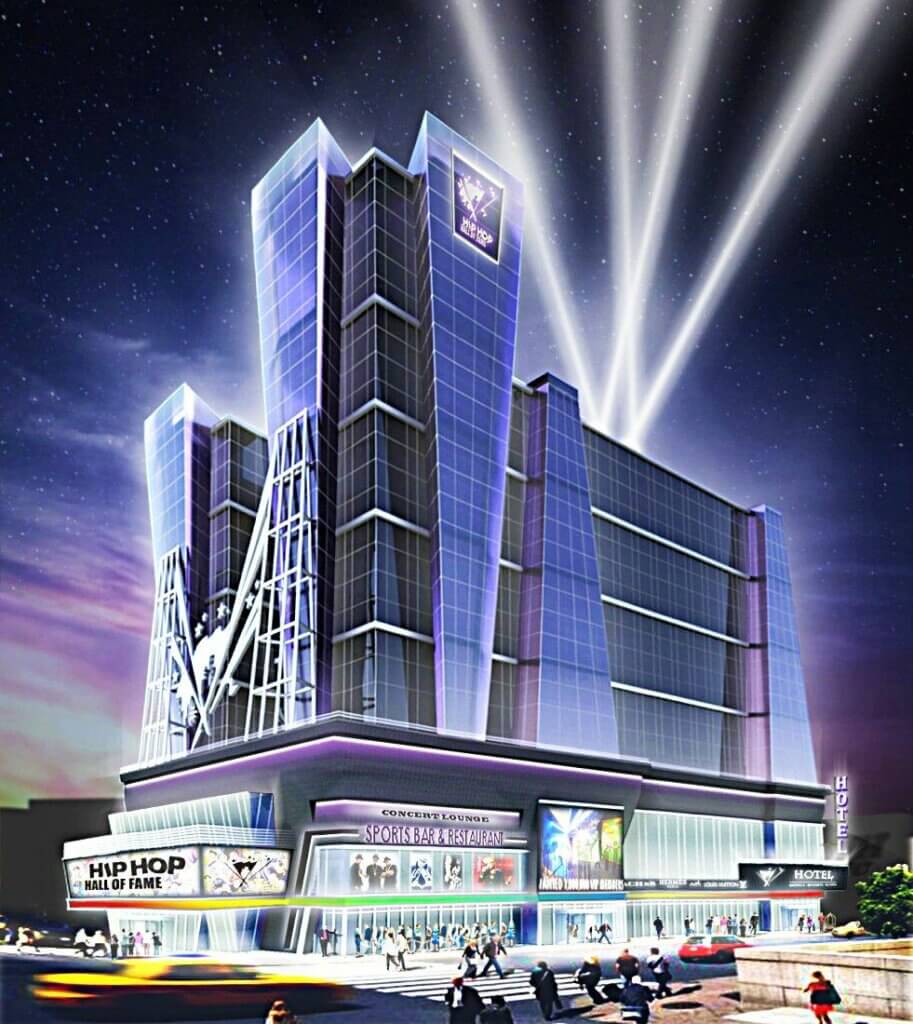 NEW YORK (PRWEB) June 23, 2020 — The Hip Hop Hall of Fame Museum & Hotel Retail and Live Entertainment Complex will issue an RFQ review of potential Architectural & Interior Design Firms on July 1, 2020. The RFQ includes a Midtown Manhattan development project to break ground in mid-2021 with an anticipated grand opening in late 2023. Late summer will mark the selection of the design firm for the 35-story state-of-the-art green technology Mid-rise structure. The Hip Hop Hall of Fame initially considered in Harlem along its 125th Street corridor as its home. The opportunity for a larger space propelled the shift to Midtown Manhattan as it became appealing and viable for partnerships. 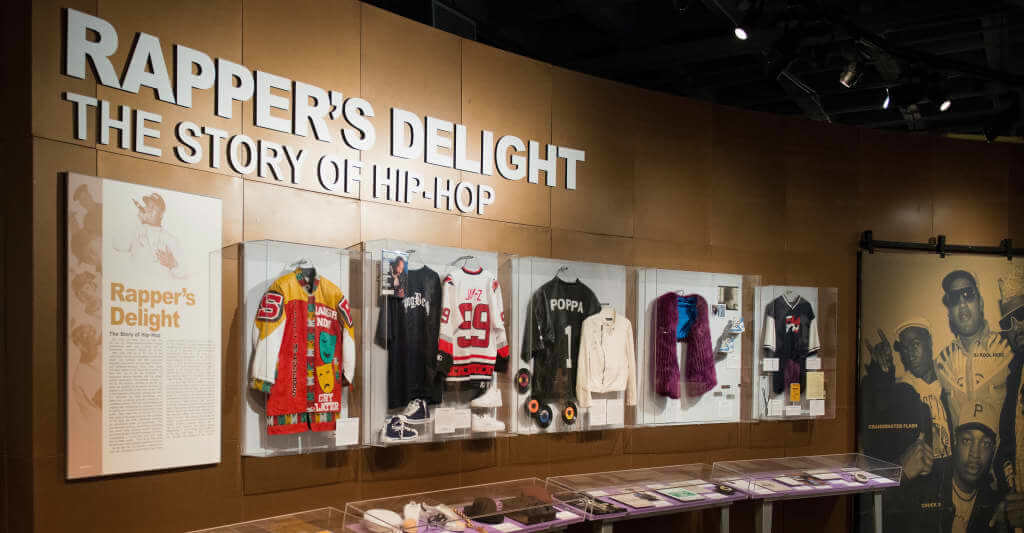 The Hip Hop Hall of Fame team is mindful that we are moving ahead as the World is still very much feeling the impacts of the Coronavirus on the lives of individuals, businesses, and government. The project is committed to worker safety, and it will be paramount moving forward under the new workplace, construction, and hospitality industry guidelines. “As only essential construction projects during this time, it was prudent to move our groundbreaking further into 2021”, stated Founder JT Thompson. Mr. Thompson is the Creator/Executive Producer of the Hip Hop Hall of Fame Awards TV Show that aired on BET Cable Network in the 1990s, and who also serves as the project visionary and CEO of the Hip Hop Hall of Fame Museum.

The Hip Hop Hall will focus on completing the acquisition of the development site over the next (5) months. In line with this, the project is currently preparing to initiate its own SEC Reg D filing for the first-ever ‘Hip Hop IPO Private Stock Offering’ that will be secured by the real estate development project. The stock offering will provide ownership shares to investors, as well as individuals and Artists, Athletes, Celebrities, Executives, Record Companies, and Wall Street Institutional Banking entities. The Hotel aspect of the property received attention from various hospitality chains. Radisson Hotels stood out as a company willing to lead the way in offering capital incentives, as well as expertise to implement a management training program to train the next generation of hotel & hospitality executives. 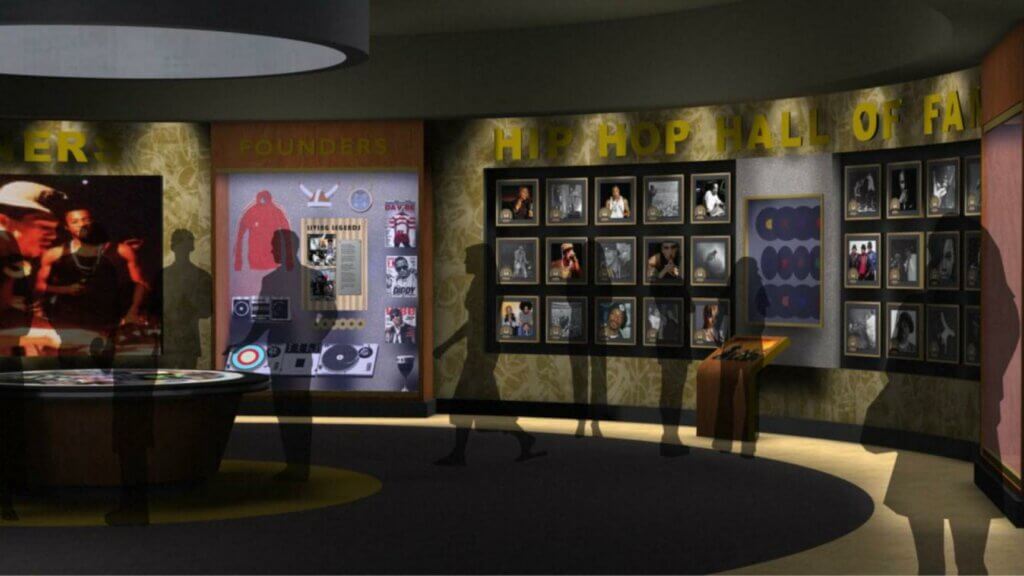 The project also will be offering ownership shares in the retail mall venture, and live entertainment venue that will produce over 150 events per year. The goal is to produce and distribute premium content programming on the Hip Hop Hall of Fame TV co-branded platform launching in fall 2020. The Hip Hop Hall will also implement a ‘Hip Hop Founders Stock Fund’ for Pioneers in support of initiatives by Swizz Beatz of Verzuz TV and LL Cool J of Sirius XM Rock the Bells Radio. More investor information on participation and investing will be forthcoming next month.

The Hip Hop Hall of Fame is a Chartered non-profit 501 (c)3 Museum and Educational Institution. The educational mission is to “Preserve, Archive, Exhibit, Educate, and Showcase Hip Hop Music & Culture from around the World.” The vision is to conduct research and provide studies on hip-hop’s influence on American pop culture and its socio-economic impact on the world. The governing board will be reconstituted in the coming months with the primary goal of opening a primer institution.

The team will continue to coordinate with local and state officials, including the offices of the New York Governor, Mayor, as well as State and Congressional leadership representatives. Accordingly, the proposed Hip Hop Hall of Fame plan includes a $40M tax incentive package for the development project as part of the new infrastructure projects initiatives in Manhattan. The Hip Hop Hall will unveil the museum design and project development team in the coming months and its detailed plans to open a co-branded themed ‘Hip Hop Art Gallery’ and office space in Harlem and the return of the Hip Hop Hall of Fame Awards TV Show ‘Induction Ceremony & Concert’ to national television. Zubatkin & Associates are the Owner Representatives lead by Andy Bast, Project Manager. Mr. Bast’s team will assist in the Architectural RFQ selection process. 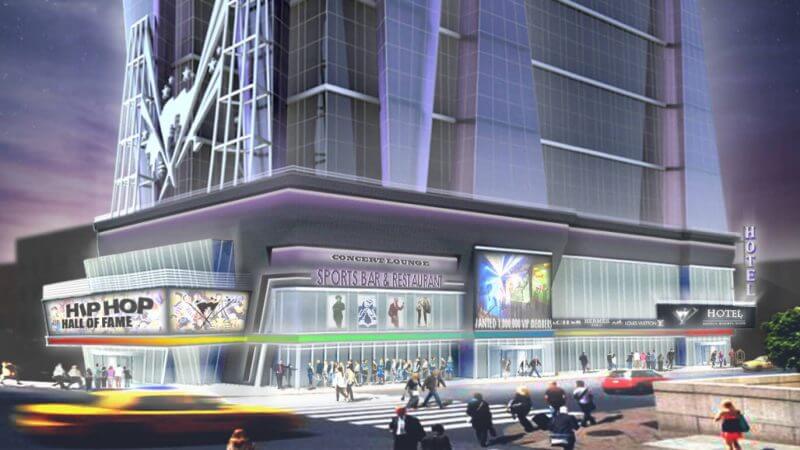 The Hip Hop Hall team plans to play an integral part in the region’s economic development rebuilding and infrastructure initiatives. Our focus will be on providing construction jobs, creating new businesses, as well as being a meaningful partner in the hospitality and entertainment industry. The Hip Hop Hall of Fame looked at other museums and art institutions and historic legacy projects examples of ownership, economic empowerment, and sustainability.

“We were inspired by Ms. Cathy Hughes who took a single radio station and built Radio One and TV One, Tyler Perry who parlayed his creative films into the Tyler Perry Studios, and Byron Allen who taught us television syndication and is now building one of the largest television station ownership groups including the Weather Channel to drive content globally. We have embraced what Shawn ‘Jay Z’ Carter has done with RocNation Holdings, his brands, and with TIDAL streaming services that also convey what Nipsey Hussle understood and spoke about ‘ownership and buying the block’.”

Now the Hip Hop Hall of Fame has created a new Revolutionary and Unique Arts & Cultural Center concept and we have affirmed that ownership and socio-economic empowerment is the essential key to our individual and collective success and sustainability established in the Museum & Hotel Live Entertainment Complex. The ‘Official Home of Hip Hop Music & Culture History’ deemed the new ‘Urban Theme Park’. “This sentiment has been a constant since our inception in the 1990s in Los Angeles leading the ‘Hip Hop Fight The Power Movement’ during the Rodney King & Latasha Harlins fueled 1992 LA Riots-Civil Unrest creating the LA Gang Truce & Student Alliance, Organizing Church & Community leaders, setting up the Minority Contractors and taking former gang members to rebuild the Sears store in Hollywood.” 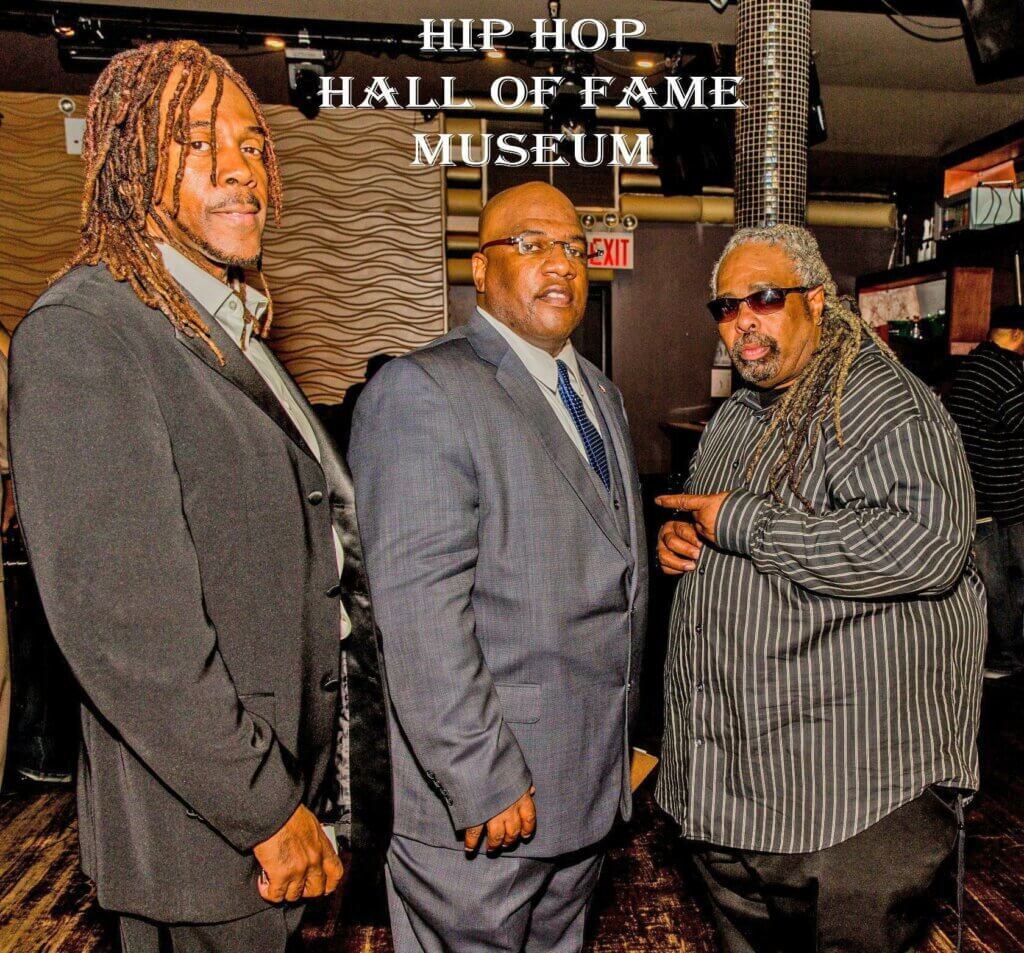 “We also forged new Public and Private Partnerships for economic development with Rebuild LA that lead to the ‘Empowerment Zones’ in Urban cities now called ‘Opportunity Zones’ in 2020. We also worked closely with the NFL Superbowl on community outreach on the first NFL experiences and opening Youth Education Town afterschool centers. Our Hip-Hop activism at that time gave birth to the nationally syndicated Hip Hop Hall of Fame TV Awards Show and the Museum & Hotel today”, states Show Creator, JT Thompson a Community Leader and a Principal Organizer at that time.

Hip Hop Music has become the number #1 music genre and cultural influence and trendsetter in the World. It has become a Multi-Billion dollar industry that has transcended and crossed all Pop Culture, ethnic, geographical, educational, gender, political, religious, and socio-economic barriers who influence and spend over $1 Trillion dollars annually on products, services, tech, entertainment, travel, hospitality, and merchandise sold and marketed by artists and celebrities in the USA and around the World. 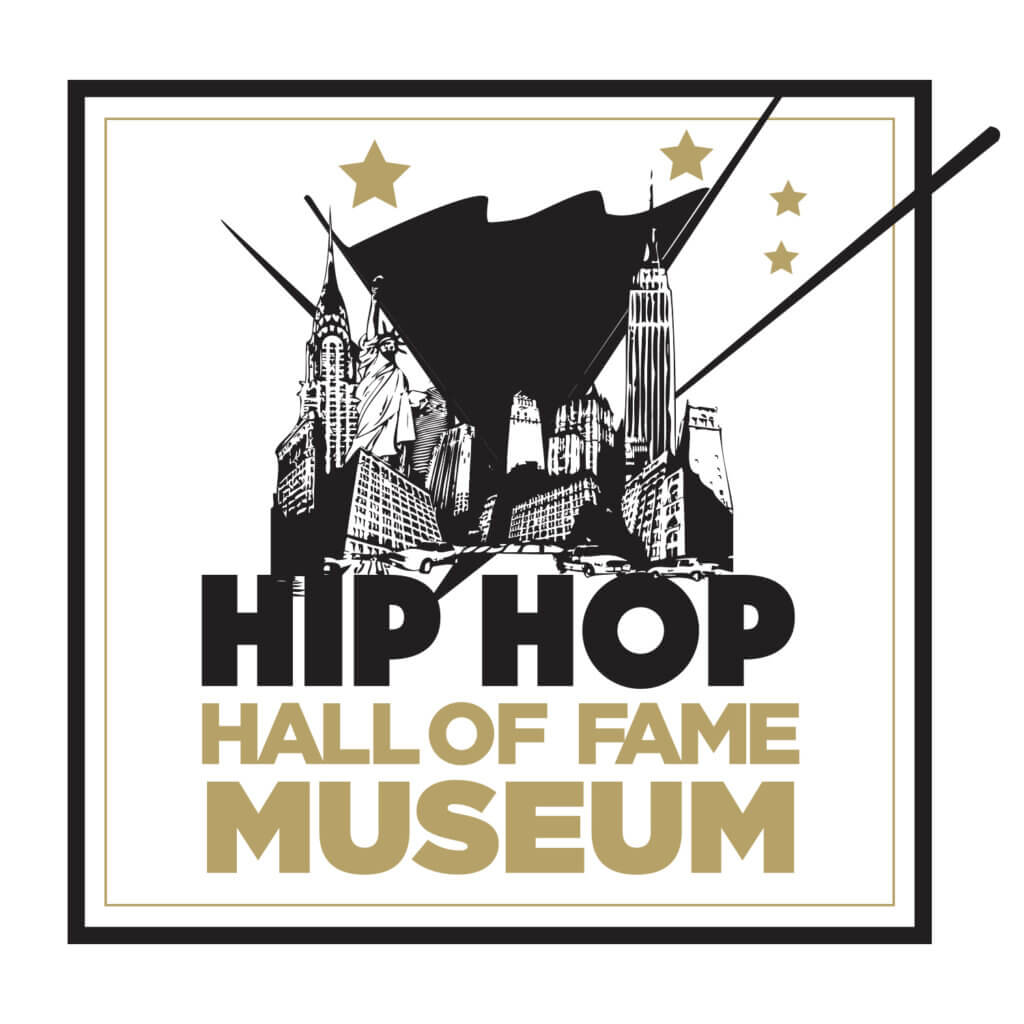