“Vocab” is a song written and performed by Fugees, issued as the third single from the group’s debut album Blunted on Reality. The song was co-produced by Pras and Wyclef Jean. “Vocab” was recorded in 1992 but not released until after the release of the Blunted On Reality album in 1994.

The whole album was written and recorded by the group in 1992. However, following a long dispute with their record company, the album was not released until February 1, 1994. Most versions of the album contain eighteen tracks, with the addition of a remix of “Nappy Heads” on the majority of these versions. Prior to the album’s release, “Boof Baf” was released as the album’s lead single. Commercially, the single was unsuccessful. The album’s highest charting single is “Nappy Heads”, peaking at number 49 on the Billboard Hot 100. “Vocab” was released as the album’s third and final single. It failed to chart on the Billboard Hot 100. 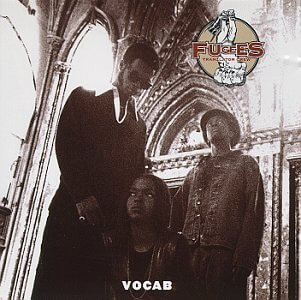