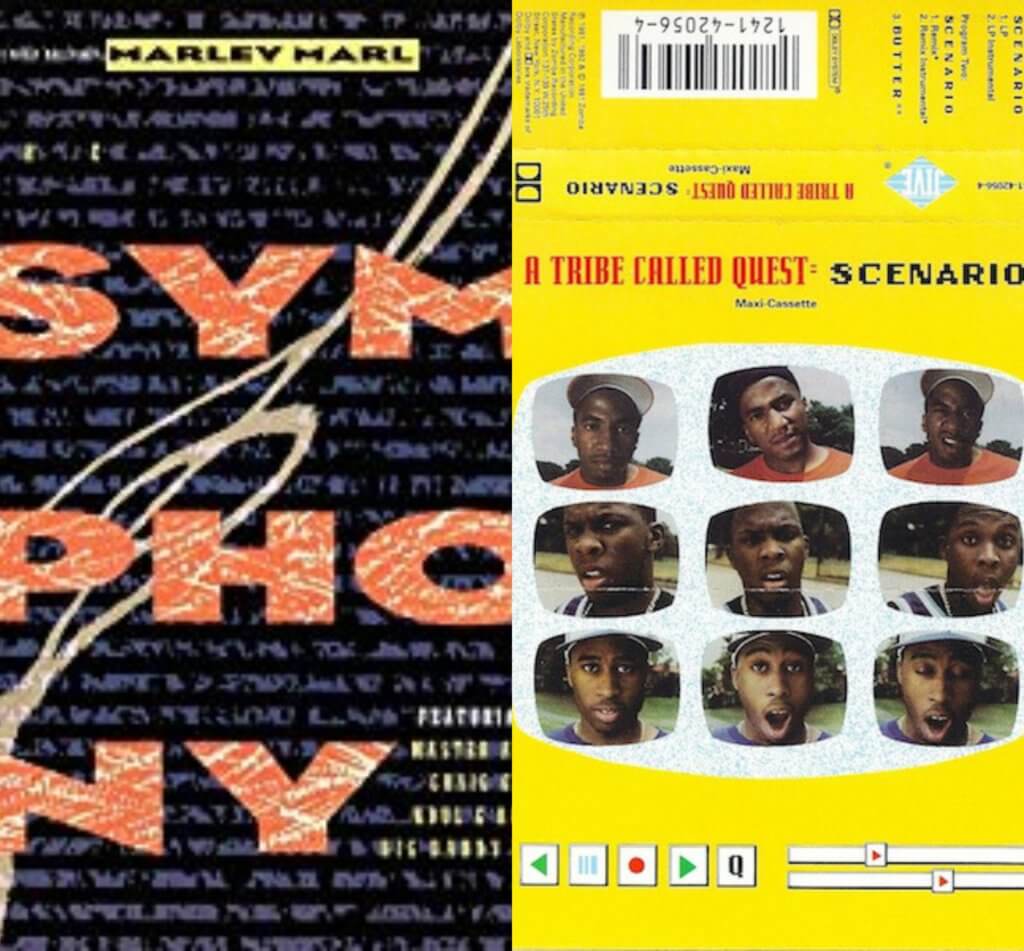 Each contest will adhere to three rules, competing songs – 1. must feature at least three different MCs; 2. cannot be from the same crew (for example Tribe’s Scenario vs. De La’s Buddy);  3. will be of a similar region (for example TRU’s No Limit Solider won’t be vetted against Dr. Dre’s Stranded on Death Row – but hmmmm… maybe we can revisit this later).

Each contest will be scored like a relay, the first MC on one track versus the first MC on the second track. As is the case with today’s featured songs, some discretion will be applied should the competing tracks feature a different number of MCs.

Scoring will be simple:

There is a group of literary types who rave over the opening lines of a book. If the people in that group were Hip Hop heads they would gush over Phife’s opening:

In 1992, Nike made sure we all knew what Bo knows and at no point did any of us think Bo could spit rhymes. But in case we remotely entertained the thought, Phife assures that No, Bo can’t rap.

To say Masta Ace opened more subtly would be accurate. I mean, he’s the one who said:

“Listen closely, so your attention’s undivided

Many in the past have tried to do what I did“

It’s like he is setting up for a witty punch line that does not deliver a knockout. From the opening bell, Phife’s bars are jabbing Masta all over the place. Like it’s almost not even fair. Plus, Scenario has a festive, get-amped vibe where The Symphony‘s piano lick complements the rhymes. In this head-to-head, Scenario‘s energy and Phife’s flurry of jabs gives the first leg of the relay to Scenario.

Charlie Brown gets the nod right here just for immortalizing North Carolina as ‘North Cak-a-laka.” I’m from Detroit and until Charlie said it, I ain’t never heard nobody nowhere talking about no North Cak-a-laka; but yet, there I was singing along and following North Cak-a-laka with an enthusiastic “COMPTON!”

I don’t know if you saw Tropic Thunder when Robert Downey Jr’s character warns about going “full retard,” but Charlie damn near went there with some of his bars. For example, picture this – me and you in a cipher, right? You’re beat-boxing. Our peoples are swaying back and forth and I bust out with “wow-how-now-wow, how now, brown cow!” I think the beat and swaying would stop and the cipher would end. Yet, somehow Charlie made it work. He almost went full retard, but somehow by adding bass to his voice and shouting “DOO-DOO,” he earned a pass.

Craig G came out with some sensible lines. I actually had no idea who he was prior to hearing this track, but just like he predicted, I jumped on the tip when I heard him with the Juice Crew.

In a vacuum, those verses along with Dinco D’s wouldn’t do much for the listener; but, within these classic tracks, they work. They are the weak legs of the relay, but they work.

No doubt, Kool G Rap’s lisp accentuates his wordplay and Tip’s verse feels like an alley-oop to Busta’s last verse. The switch-up where Tip and Busta alternate increases the anticipation of Busta’s finale. The Symphony was my introduction to Kool G and I was so impressed I bought the Road to The Riches record.

Pound for pound, G Rap’s wordplay is tougher and more intricate. Tip’s verse rescues us from Dinco’s confusing “funk flipped, flat back, first this, foul, fight, fight, fight laugh, yo, how’d that sound?” and sets up Busta for the Ray Allen dagger three-point game-winner from the corner. Without Tip’s verse, Scenario would have lost a whole lot of steam. These verses earn a draw.

I first heard The Symphony while watching the video and Big Daddy’s shunning of the cowboy motif was a masterstroke; I mean he is the epitome of cool (or at least that how I saw him) and the sweetheart accompanying him while he spits his bars was way more cooler than him with a cowboy hat obscuring his then trademark hightop fade. Some would argue that this was Kane in his prime, like 2013 LeBron or 2001 Iverson, and I would not disagree. The tired argument that Kane eventually went too hard for the ladies; well, yeah – I mean like Chris Rock, “I ain’t saying I agree, but I understand.” Anyway, when he said:

“battlin’ me is hazardous to your health

So put a quarter in your a**, cause ya played yourself“

I lost my damn mind. Punchlines like that make him a Hall-of-Fame Top 5 MC. That verse is what makes The Symphony a classic. It would take a force of nature to bypass that.

A force of nature is exactly what Busta’s verse on Scenario proved to be. It was “BOOM from the canon!” That verse on a song where everyone was already jumping around, made all of us jump higher and be more animated. I mean “Oh My Gosh OH MY Gosh!”

In no way am I saying Busta is a better lyricist that Big Daddy – Big Daddy is that dude. However, Busta’s delivery on this verse is iconic. It is a Hip Hop milestone. It catapulted him into a higher realm of celebrity and sparked numerous guest appearances. Big Daddy is cooler than a fan and he delivered his lyrically potent verse as such. But Busta literally changed the game with that animated verse. His career and Hip Hop would never be the same.

That verse helps Scenario nudge by The Symphony. It takes one of the all-time most memorable verses in Hip-Hop history to dethrone the Juice Crew.

2 responses to “Battle Of The Posse Cuts: The Symphony vs. Scenario”