Born of Polish-Russian-Ukrainian Descent, Eric The Tutor was raised in Montreal, Canada where he honed his skill with monastic dedication under two Canadian DMC champions and held multiple residencies for 5 years.

Now based out of Toronto, Canada, and known for his extreme versatility in musical selection, he continues to wow with his turntablism skills in live sets and concert appearances. He has traveled from Buenos Aires to Cape Town to Bali finding and influencing urban music in every corner of the globe. He is quickly becoming a household name across Canada and the US, with regular appearances at the W Hotel, Caprice Nightclub in Vancouver, a residency at Toronto’s Thompson Hotel and NYC based AllHipHop.com Radio.

He currently hosts the music show Sextape Sessions on Toronto’s CIUT89.5FM, is a part-time co-host of HipHop show The Limelight on Montreal’s CJLO1690AM and has toured with Canadian songstress Amanda Davids.

Eric The Tutor is currently sponsored by US based apparel company Gordon Holden. 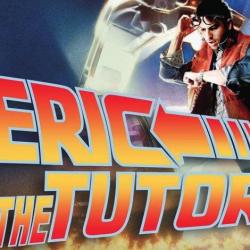