“It was Saturday night and I was feelin kinda funny, gold around my neck, pockets full of money. ” 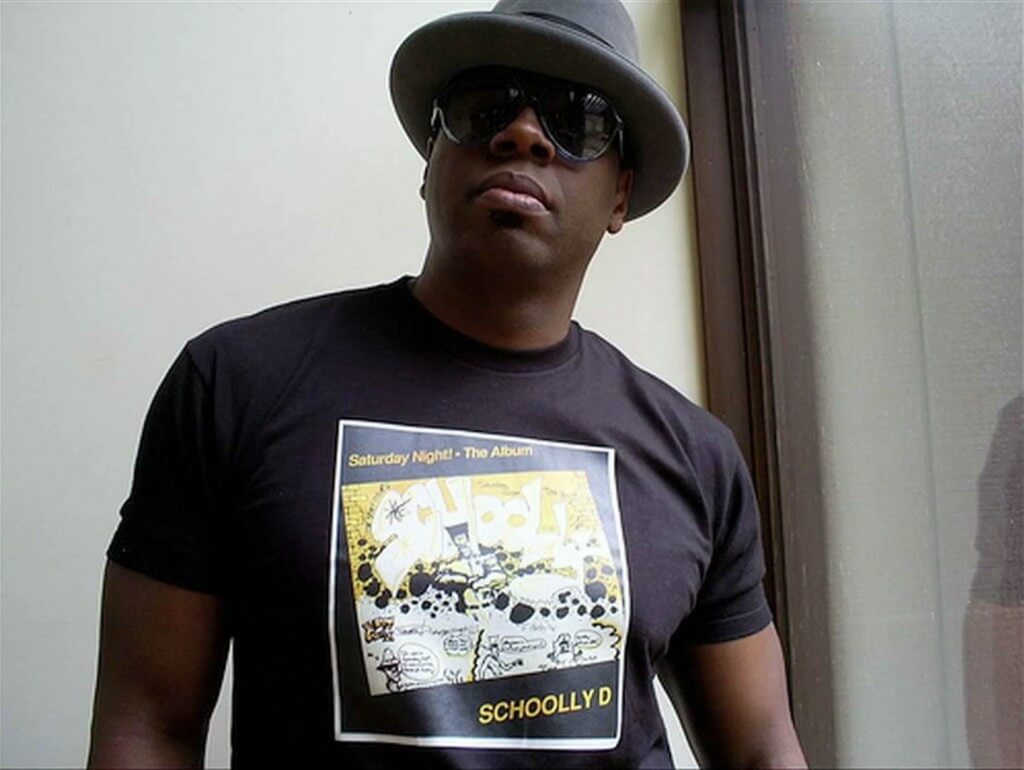 Schoolly D contributed songs and music to many Abel Ferrara films, such as “P.S.K.” as well as “Saturday Night” (from Saturday Night! – The Album), as well as the title track from Am I Black Enough For You? which was played during the climactic shoot-out in Ferrara’s King of New York; the title track of this movie from How a Black Man Feels and “Signifying Rapper” (from Schoolly’s album Smoke Some Kill), which was used in the director’s Bad Lieutenant. Because Led Zeppelin successfully sued due to an uncleared interpolation of its song “Kashmir” in “Signifying Rapper,” the song was omitted from the soundtrack of the film and from subsequent releases of the film.

Schoolly also performed the music and occasional narration for the cult animated series Aqua Teen Hunger Force on the Cartoon Network’s Adult Swim programming block. He was a guest on an episode of Space Ghost Coast to Coast. He also created the song “Sharkian Nights” for the 12 oz. Mouse. The character Jesse B. Weaver from The Rudy and Gogo World Famous Cartoon Show was also named after him.