“Tennessee” is the title of the hit single by Arrested Development, from their 1992 album 3 Years, 5 Months & 2 Days in the Life Of….

The song contains a sample of Prince’s “Alphabet St.”. The music video for the song was directed by Milcho Manchevski and shot in Georgia, with friends of the group and people from the local area appearing in the clip.

The song won the Grammy Award for Best Rap Performance by a Duo or Group in 1993. A recent poll of VH1 viewers placed the song at number 71 on the list of the “Greatest Songs of the 90s” and is listed as one of the 500 Songs That Shaped Rock and Roll by the Rock and Roll Hall of Fame. It was ranked number 78 on VH1’s 100 Greatest Songs of Hip Hop. 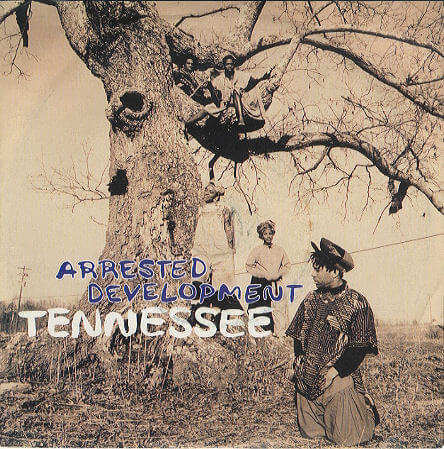