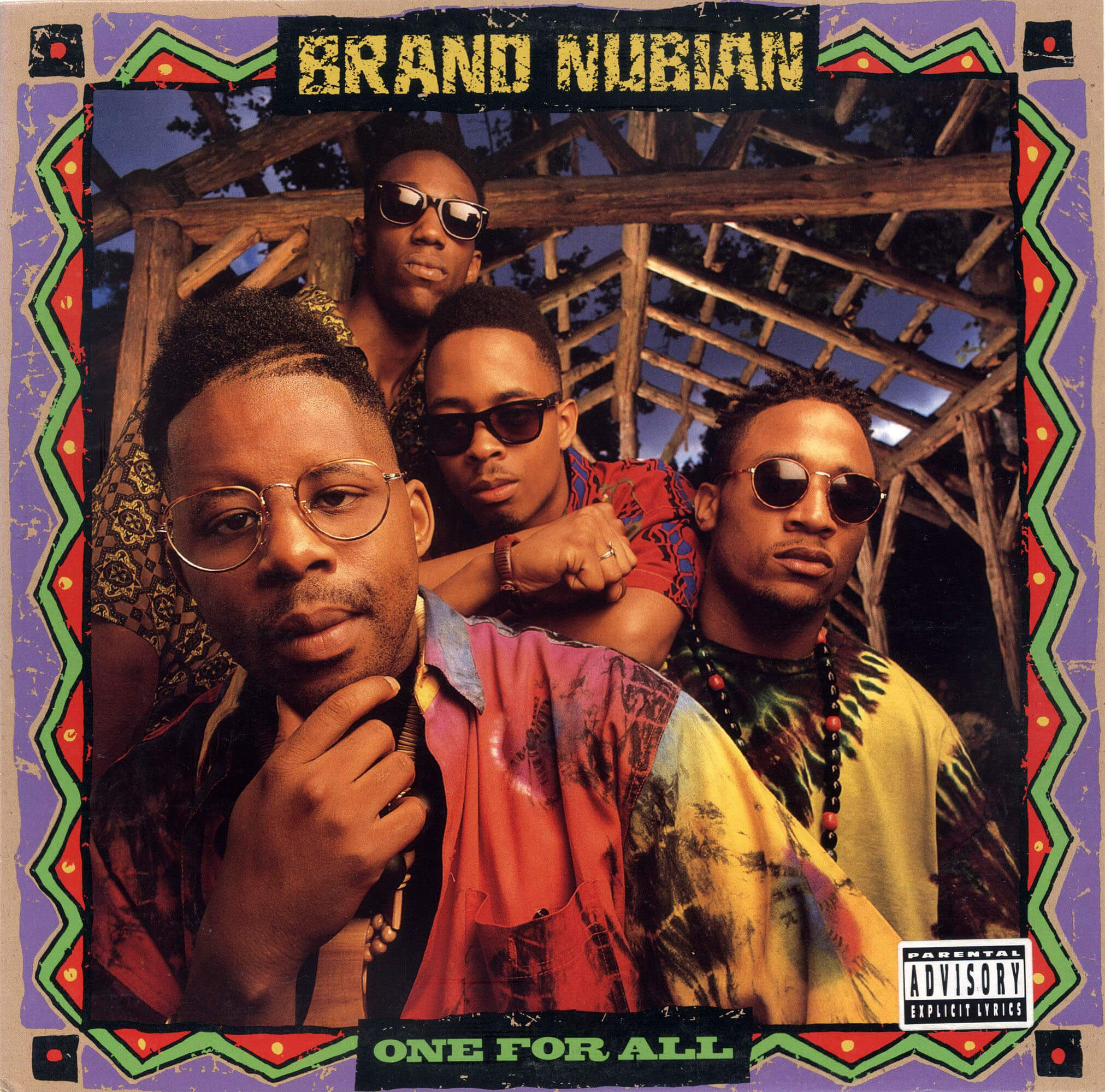 “We kick much flavor and you know that, as smooth as the head on a Fed named Kojak”

Dance To My Ministry

Step To The Rear

Try To Do Me

Wake Up (Reprise In The Sunshine)

One For All was highly acclaimed for its politically charged and socially conscious content. Sales never matched the wide acclaim – the album has only sold 350,000 copies as of May 2013 – but it has remained in print since its 1990 release.

The album is mainly produced by Brand Nubian, but it also features production by Skeff Anselm, Stimulated Dummies, and Dave “Jam” Hall. The album’s production contains many motifs of Hip Hop’s golden age including James Brown-sampled breakbeats and funky R&B loops. The album is broken down track-by-track by Brand Nubian in Brian Coleman’s book Check the Technique.