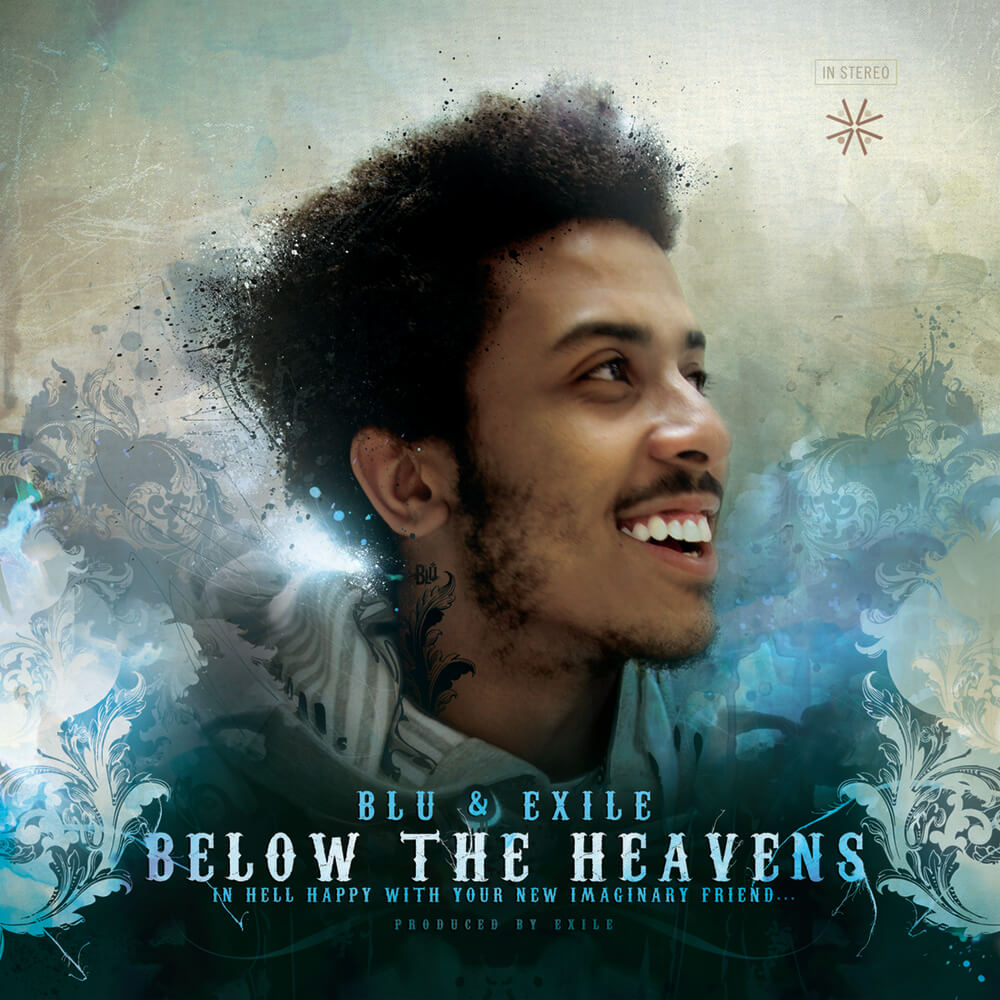 “And my mission's just beginning call it Genesis - I'm God's eye messenger but the devil's nemesis...”

Blu & Exile “Below The Heavens”

In Remembrance Of Me

Dancing In The Rain

You Are Now In The Clouds With ... (The Koochie Monstas') (feat. Miguel)

Below the Heavens is the debut studio album by Blu & Exile, released July 17, 2007 on independent record label Sound in Color. It serves as Blu’s debut album, while Exile had previously released his solo album Dirty Science and two albums as a member of the duo Emanon.

Blu provides rap vocals on all of the album’s songs, while Exile produces all of the songs and raps just on the bonus track “I Am..”. In addition, the album features guest performers Ta’Raach, Aloe Blacc, Miguel and Joseph. The album received universal acclaim from critics and is widely considered an underground classic, many labeled Blu a “rising star” due to the album. (Wikipedia)