Led by Saxophonist Rob Mitchell, Abstract Orchestra has been a consistent presence on the U.K. music scene, touring constantly in promotion of their debut LP “Dilla” and follow up 45 “New Day feat. Illa J”, steadily building a loyal and supportive fanbase. Inspired by the legendary live performances of The Roots with Jay-Z and the 40 piece orchestral arrangements by Miguel-Atwood Ferguson of the work of J Dilla, classic arranging techniques underpin modern loop-based structures, breathing new life into familiar material.

The band itself is based on the classic jazz big band instrumentation of saxes, trumpets, and trombones and features the cream of the north of England’s jazz scene who collectively have played with Jamiroquai, Corinne Bailey Rae, Mark Ronson, Martha Reeves, John Legend & the Roots, Roots Manuva and Amy Winehouse. 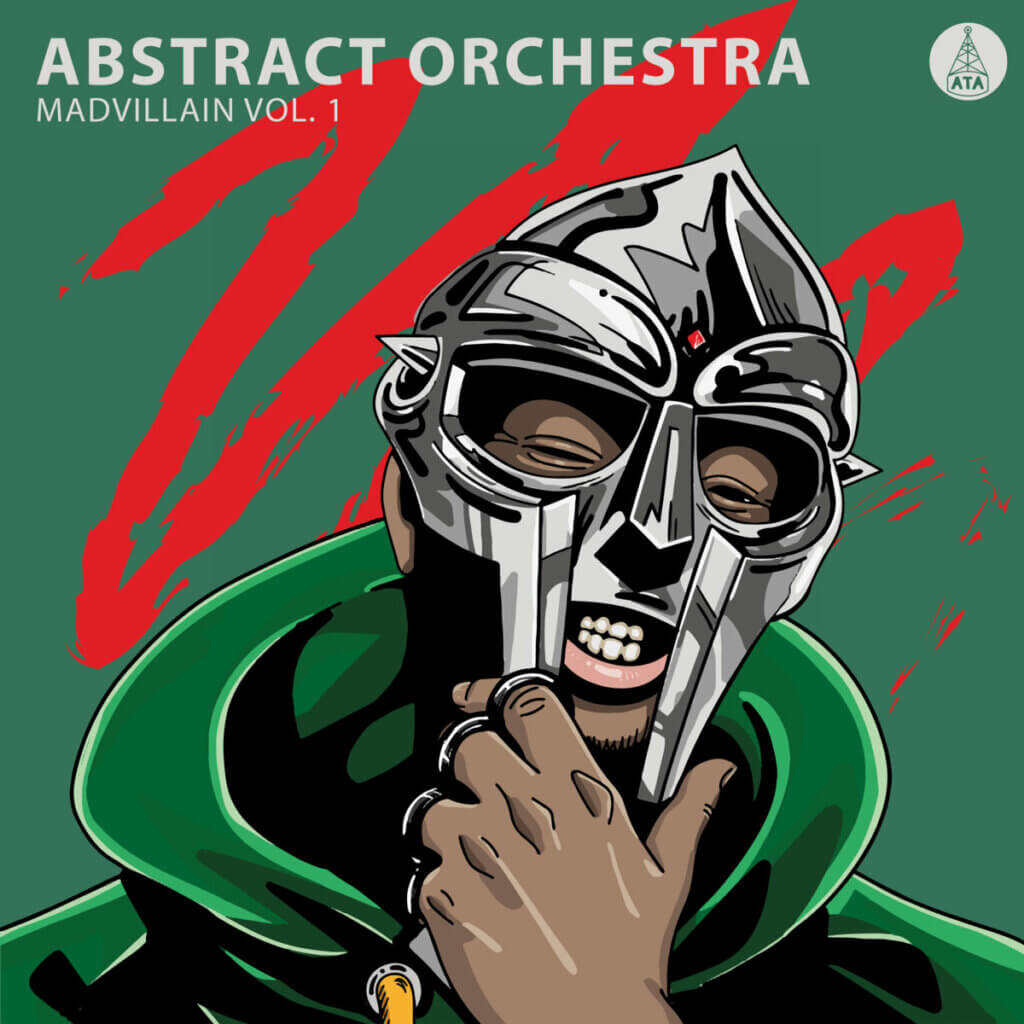 “Madvillain Vol. 1” takes the template of their debut LP “Dilla” and applies the same approach to the collaboration of MF Doom and Madlib, aka MADVILLAIN and their albums MADVILLAINY and MADVILLAIN 2. Sampling the likes of Sun Ra, Bill Evans, Freddie Hubbard, George Duke, Dr. Lonnie Smith, Quincy Jones, and Stevie Wonder gave the albums a jazz-oriented feel and ethos which in turn lend themselves perfectly to the deconstruction and re-imagining of Abstract Orchestra. As with their debut, all the tracks were recorded live in the studio with very few overdubs.

Abstract Orchestra’s MADVILLAIN Vol 1. explores the jazz, TV soundtrack, and film score aspect of the original work, combining it with classic big band writing and a focus on improvisation. There is a strong influence of Quincy Jones, Lalo Schifrin, and David Shire (Composer of the soundtrack to The Taking of Pelham 123) on the album, and the arranger Rob Mitchell crafts his own sound that inhabits the space between Madlib’s production and Quincy Jones’ writing. 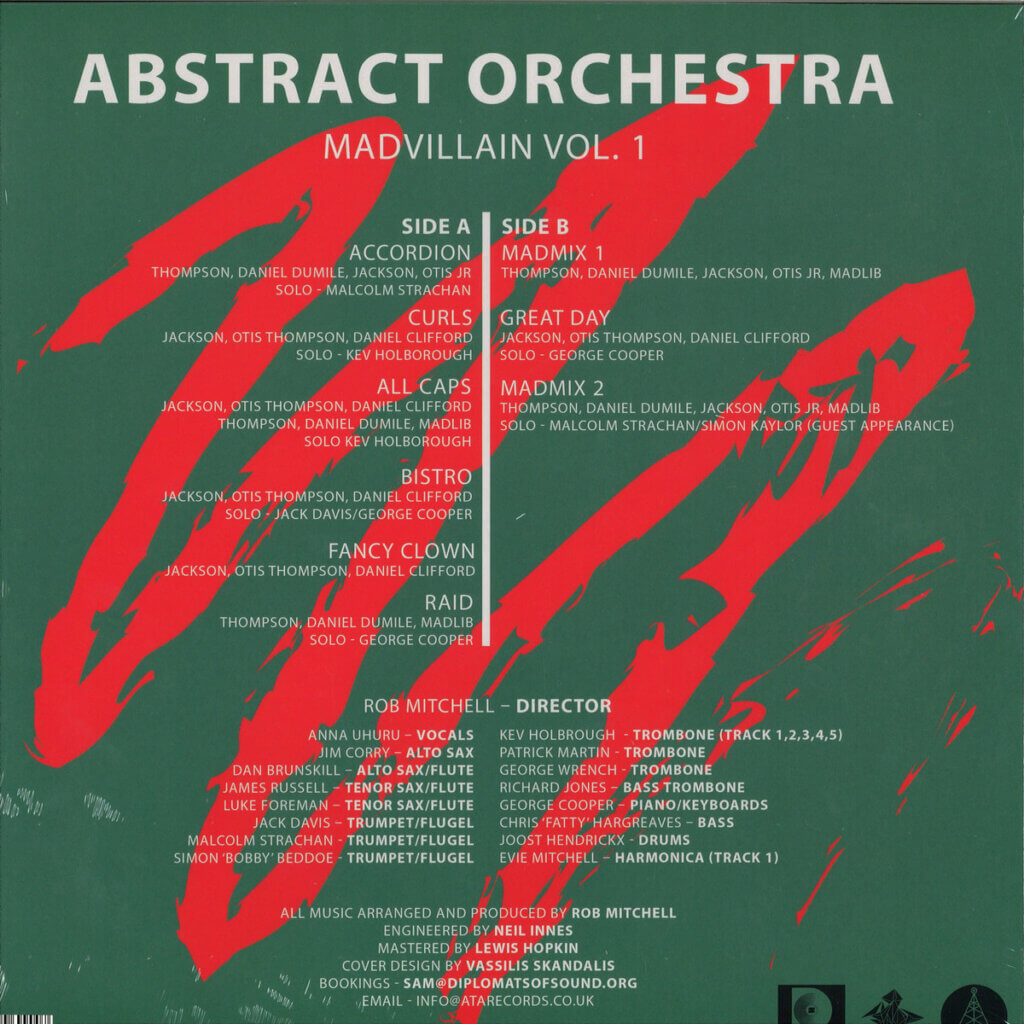 Bandleader and arranger Rob Mitchell says of the record: “‘MADVILLAINY’ is a jazz album as much as it is a Hip Hop album and I wanted to explore this reciprocal territory there has always been between jazz and Hip Hop. 70’s cop show soundtracks have always captured my interest and imagination, and I discovered so much amazing music through TV themes, Quincy Jones and Lalo Schifrin in particular. They explored sounds that were menacing, angular, dissonant, frantic, and yet captivating. They were also able to write music that was the flip side of all that dark chaos and write lush and beautiful music. Arranging and scoring up MADVILLAIN Vol 1. Has allowed me to explore these sounds that I’ve always loved, yet keeping a strong Hip Hop identity as the core of its sound.” 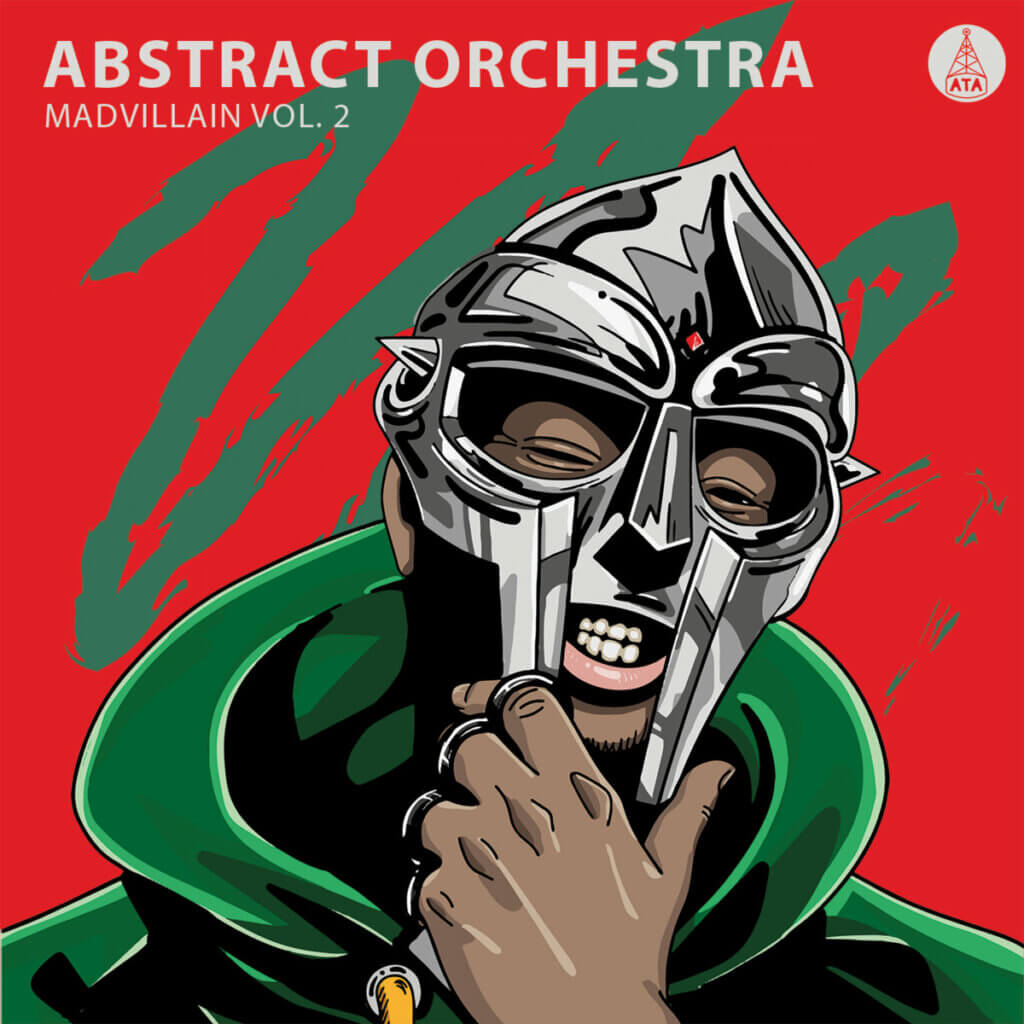 Madvillain Vol. 2 was recorded live in its entirety at ATA’s own vintage analog studio in Leeds. All tracks were recorded in one take with little to no overdubs and no editing, quantizing, or other such studio trickery. The band was recorded live in the room to 2-inch tape and the recording captures a group of creative and dedicated musicians that have honed their sound through years of touring.

“Mashup 1:  is a re-working of Abstract’s own MADVILLAIN arrangements, including samples taken from “Madmix 1” and “Bistro”. Composer/Arranger Rob Mitchell uses His sampler to create Lofi glitch beats with reverse samples. “Meat Grinder” creates a great deal of suspense with the flutes, muted trombones, and heavy riffs from the bass, baritone sax, and Fender Rhodes. Heavily influenced by Lalo Schifrin it has a thread of spy tv themes running through it. Similar to “Mashup 1”, “Mashup 2” is clearly inspired by Madlib’s production. A re-work of Abstract’s own MADVILLAIN arrangements, it includes samples taken from “Operation Lifesaver”, “Borrowed Time”, and “Madmix 3”. 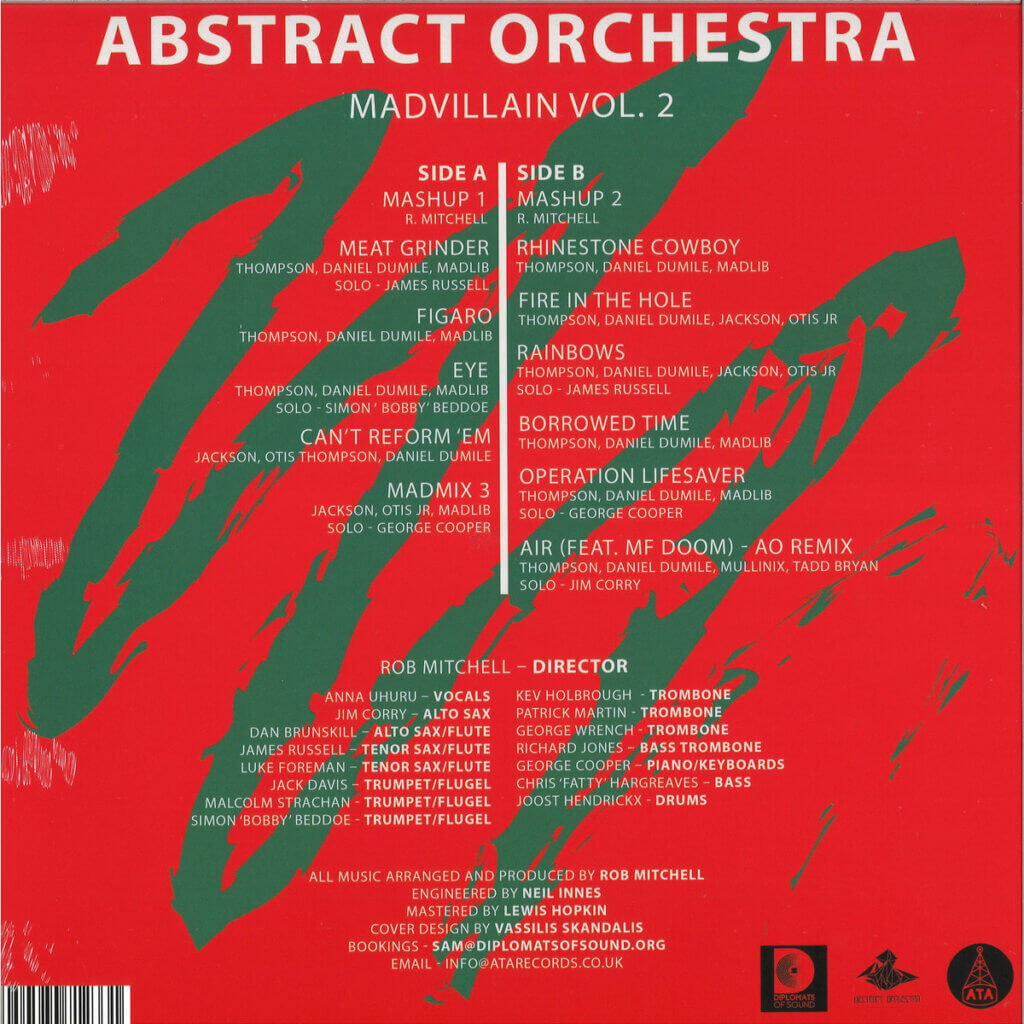 “Rhinestone Cowboy” launches into a heavyweight groove from bass and drums, with flutes acting like fife’s readying for battle. To round off the album, Abstract reworks Dabrye’s “Air” and has included the original vocal of MF DOOM. Dabye’s original is heavily soaked in synths and drum machines, similar to Vangelis’s soundtrack work on Bladerunner. Mitchell explores this further and is influenced by Bob Brookmeyer’s later work “Electricity”, which explores synths and jazz orchestration.

Buy and support the album: https://amzn.to/2GwjyLP

Best Of Black Thought - The Features

Best Of Freddie Gibbs - The Features