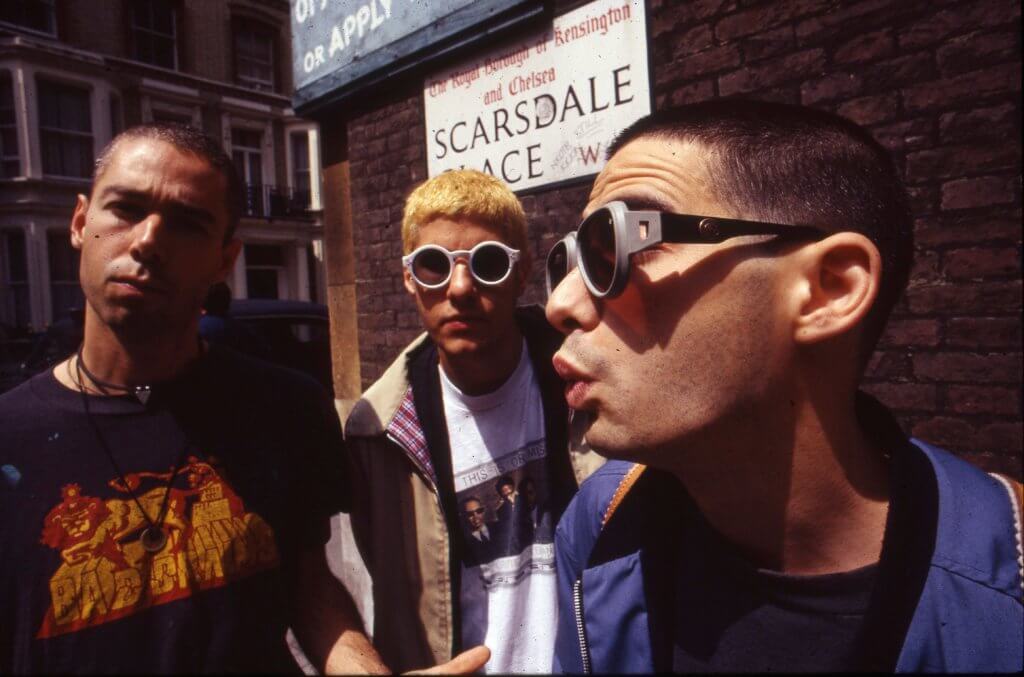 In 1994 Beastie Boys released their 4th studio album, a musically diverse masterpiece containing classic cuts such as “Sure Shot” and “Sabotage“.

The mini-documentary 25 Years of Ill Communication has still living Beasties Mike D and AdRock looking back. The documentary doesn’t only cover Ill Communication but also contains footage of making off sessions of other Beastie Boys classics Paul’s Boutique (1989) and Check Your Head (1992).

The Beastie Boys combined hardcore and Hip Hop in a fresh-sounding musical mashup that was danceable, infectious and wickedly funny. By attracting a sizable following of white fans – hardcore-loving teens and party-minded frat kids – with their bratty wit and cunning collages of beats and samples, they broadened the audience for Hip Hop, bringing it into the mainstream. Like their fellow New York rappers Run-D.M.C., they ignored the color line dividing rock and rap in the Eighties. (Full Bio here)