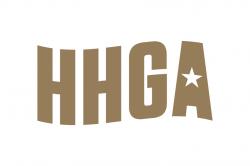 From his upcoming album Now Hear This (release date November 24, 2015), KRS One gives us the preview track Drugs Won. KRS One has been one of the most prominent and most respected figures in Hip Hop for nearly three decades now and he continues to drop music to make you think. In Drugs Won he takes […]

Check out this old footage of DJ Mark The 45 King on the little turntables and Chill Rob G spitting some dope rhymes ‘in the basement’. Some real Hip Hop right here: For more gems go to 45 King’s YouTube channel.

Even though you would not know it if you only listen to the ‘rap music’ that is being promoted by the mainstream media nowadays – there is still plenty of talented Hip Hop artists out there, making that real Hip Hop. One of those artists is Viktor Rasiia. He has been on HHGA’s radar for […]

World Supreme Hip Hop – The Freshco & Miz Story This is the story of two young perfectionists who once won the World Rap and DJ contests in the same year and then joined forces. Re-live their rise to Hip Hop fame and see how they impacted the culture before suddenly disappearing from the music […]